Admin
VIP
As I'm putting the finishing touches on the nursery, I'm hitting a challenge with nearly all the wifi baby monitors on the market not be able to leverage 5ghz networks.

My current wireless setup is a bit unconventional.

Netgear C7000 modem/router combo acting only as the cable modem. This is registered/mac with comcast and i have the 1gbs plan. This device is a bit shy of supporting the full gbs speed i pay for.... this was what i had at the old house.
Amazon product
Wifi is enabled, but i am not using it. (ac1900) This is in the back bedroom (top right of house)

wired into lan port 1 is my tplink archer a7 (ac1750)
Amazon product
I got this because i wanted to leverage tp link's mesh capabilities. At the time i bought it, i was using comcasts' modem as a rented equipment item so i didn't get the built in modem model.


I set up the house to run 1 ssid across the wifi and mesh repeater that automatically broadcasts and joins the 2.4 or 5g band depending on device and bandwidth/distance.

What is Smart Connect? | TP-Link
close to the units, you get 5ghz. further out, you still get service but it's a bit slower running on 2.4gz 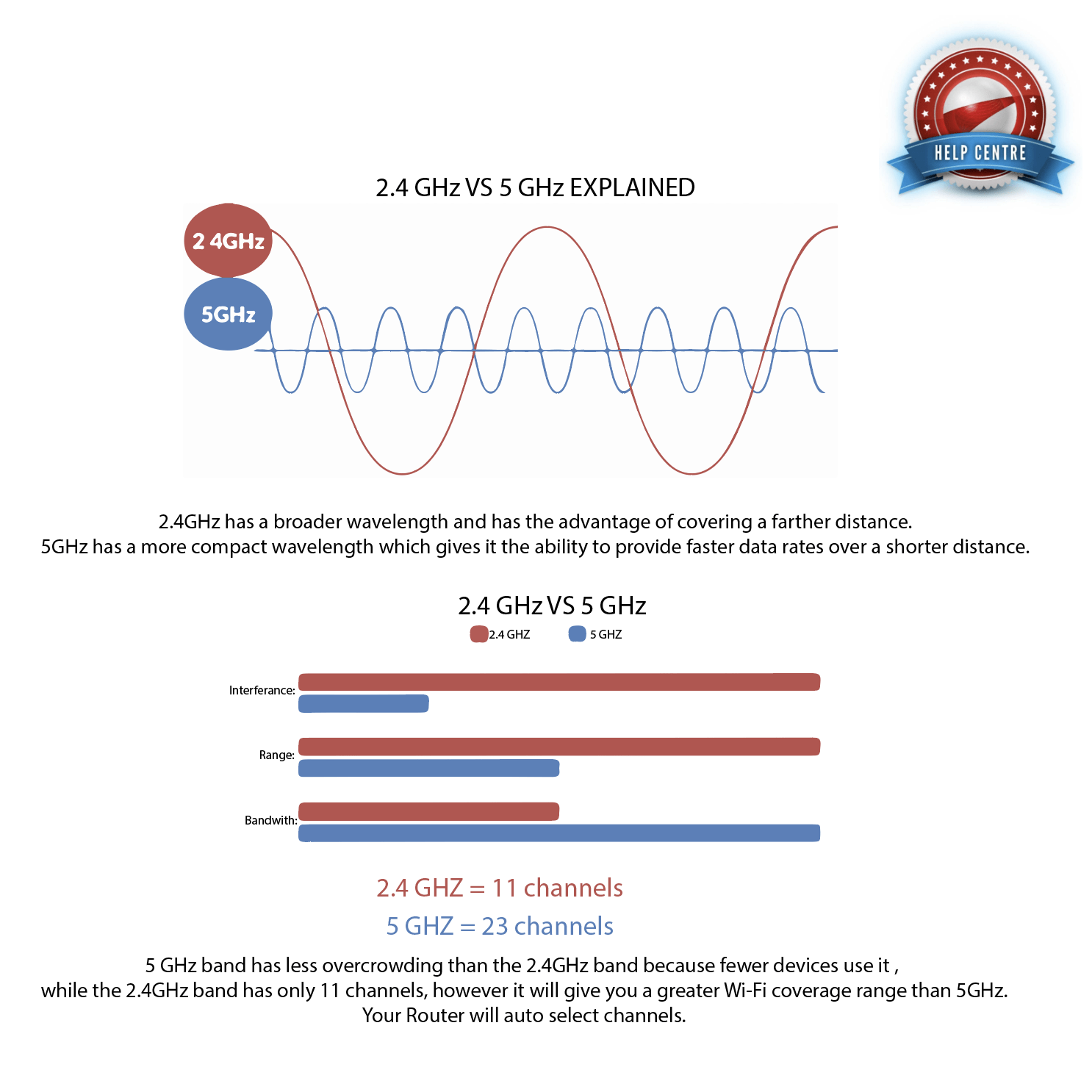 The problem is that the stuff we have doesn't work on 5ghz. It won't pair up to the network.
my house is also too big to not have a mesh setup and get service in every room.

So, i need to de-couple my 2.4 and 5g bands to broadcast both. At the very least, our phones (which will have the monitor app) and the baby monitor need to be on 2.4ghz.
This will hurt the 'auto' adaptiveness and will slow everything down but it's the only way i think it would work.

I think this will work, but is there a better way? I have a TON of devices to update wifi credentials on (numerous streaming devices, alexas, tvs, even the damn fridge is online! lol)

If i turn off the smart connect service, and broad cast on both as separate entities, i can rename the single ssid to ssid (2.4) and ssid_5g (5ghz) so that EVERY device by default gets 2.4gz.
Our phones and baby monitor must run on the 2.4gz band at all times to stay connected. The items with alexa integration for alerts/etc also must be on the same network. since we have other stuff using alexa like our security cams, those too must be on 2.4. By the time i'm done, there's almost no point in having a 5g band in the house at all.

but, streaming may not be as efficient if i do that.

So then i though i'd leave the tp link network as-is, and just join our phones and the baby monitor to the old netgear that isn't being used and just enable to the 2.4 band.
Coverage may be an issue as it is not mesh'ed.
and it's the same issue as before where the non-same network devices won't talk.

VIP
Don't use wifi baby monitors... Think of all the dead zones in your house, all the things that interfere with your wifi, etc, then add the security aspect of IoT devices to it.

Get a dedicated baby monitor with a dedicated viewer-thing. We've been using this one for more than two years now:
Amazon product

I strongly suggest you reconsider your internet-connected baby monitor.

Admin
VIP
yeah, i hear ya. it crossed my mind as well. I was thinking about getting a $20 sound only backup unit.

The main thing we want connected is the owlet sock. we already have it and it's the main reason for all this.
Amazon product

VIP
I'm with awptickes on this. We got this one and it works great. Nightvision isn't as good as it once was but is awesome. Bring it on vaca with us, no fussing around.

Re: Owlet. I've heard mixed things on accuracy, etc. Wife wanted one, then she did the research and didn't go with one. Kid slept in a bassinet in our room until 3-4 months, then nursery from then on. Most IoT requires 2.4ghz anyways? Almost all my devices are on that channel and my personal devices (tv, laptops, phones) are on the 5ghz.

VIP
My emporia circuit breaker monitor used 2.4 only thing in the house using it.

Briansol said:
yeah, i hear ya. it crossed my mind as well. I was thinking about getting a $20 sound only backup unit.

The main thing we want connected is the owlet sock. we already have it and it's the main reason for all this.
Amazon product
Click to expand...

With the sock thing you're gonna cause yourself additional anxiety when your cell phone takes an update in the middle of the night and needs your password to fully reboot. Don't do it man. Get a dedicated, non-interconnected, non-networked piece of technology.

Besides, the current recommendation is that the baby sleeps in your room for the first month or two anyway.

ETA:
Isn't it a little too early to start worrying about lung function?
You must log in or register to reply here.