How is it that buying a bike - any bike - can suddenly make cars lose their appeal ?

I'm getting a 77 XS750 Yamahahaha triple. It's free. Needs some work. Still, I don't even think about cars anymore.

Any of you bike guys suffer the same ?

no bike here, but I have friends that live for 2 wheels only. Know what you mean.

VIP
well steve, you know i have the license to drive that sucker, and im looking for a project to complete before i put the mirage under the knife... ill come down and pick it up this weekend.

i kinda like being alive, hence why when i get the 240 its getting a shitstorm of saftey devices, just in case i fuck up.

the only thing that can protect you on a bike, is a thin sheet of kevlar. i dont really like that idea.

I got my first bike when I was 16. It was WAY too big for me, and I dumped it repeatedly.

I actually come from a motorcycle family, and was raised on the back saddle of one all my childhood. What I've come to realise is that bikes are just as dangerous as anything on the road.

It's easier to be irresponsible with a bike, and get yourself into trouble, but I'm not that guy.

A lot could be likened to my CRX. If ever something happened to me in that car, I too would be thought of as dead. Yet, I've seen more successful survival stories of CRX occupants then most anything else out there.

The formula is simple. What is REALLY dangerous are ignorant people in un-responsive cars. Stock suspension until the day they die, cheapest tires on the shelf, cheapest brake jobs in town, and then they load the interiors with loose crap and deadly projectiles. The idea that people load their family and friends into a steel box and hurtle down the highway at breakneck speeds seems more dangerous.

I think that performance items double as safety items. The right talent + the right equipment = the safest outcome. And like driving the CRX, the ability to maneuver out of danger is more important to me than the likelihood of "least possible damage" from a collision. Visibility, clear cabins, extreme grip and high-end maintanance cycles all come together at the most crucial times. 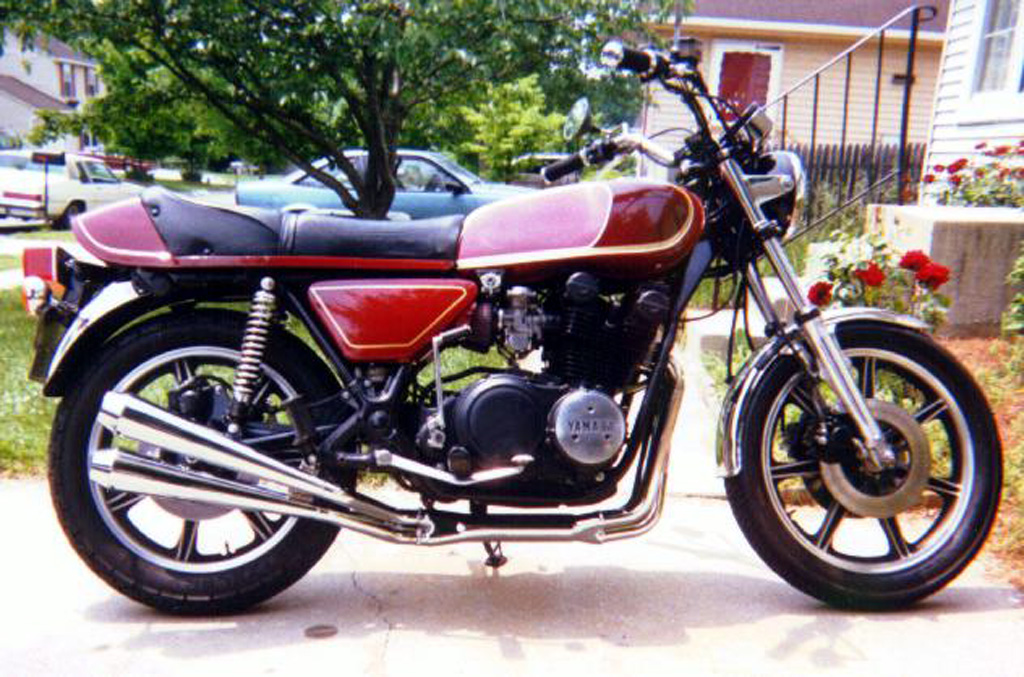 This is the bike.

Edit: Wanted to avoid a lengthy post, but couldn't. So i'll say one more thing:
Driving a car is like wearing steel-toe boots. They protect your soft, pink ass from most things, but if something really heavy falls on your foot they make the situation worse. Unfortunately, in car wrecks, it's always "something really heavy" and that steel cage becomes a coffin. On a bike, You fall off of it, and risk getting run over. Motorcycle deaths vs car deaths, even taking into account ratios, proves to be lower year after year.

Second Edit: I promised my girlfriend that if I suck at pilotting a bike, I won't do it. With her discretion. Wish me luck