The car is usually driven by my girlfriend with our children, and for her use its just fine.. But I think its to slow and not that strong.. problems hooking on a trailer etc and up hills..

Since the car is Norwegian im really not sure if the specs are the same here as in the US?

This is some of the specs i have on it:

I would really like to swap the engine to a faster and stronger one, not anything extreme.. maybe the next engine in the line after my old B20B3.

Do you guys have any idea of what eninge i can put in, like bolt on without changing anything or at least not that much?

I will try to searh the web regarding this, but its abit hard because i really dont know the car that well.

Pic of our car if you need that: 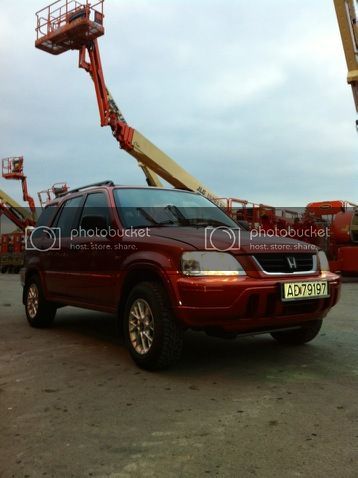 Admin
VIP
The B20 line is the largest you get in the B series family. There are kits to put H series blocks (2.2, 2.3L) from the Prelude onto the B series transmissions if you want to go that route- otherwise I'd recommend another B20 and a turbo.
P

Admin
VIP
The last number usually tells you a bit about the specifics of the engine within the family/displacement designated by the first letter (family B series) and next two numbers (20 = 2.0L). Changes in compression ratio, head structure etc...

If you wanted to swap in the B20Z (it's not 150hp in the US) then you'd have to make sure all the electronics would plug in and work. If the ECUs are the same OBD range (should be) then should be able to just swap those out too.
You must log in or register to reply here.
Share:
Facebook Twitter Reddit Pinterest Tumblr WhatsApp Email Link
Top