Hey guys, this is how I rebuilt my d16y8 cylinder head. If you have any questions or concerns please do not hesitate to post.

I bought the cylinder head for $100 three months ago. When I first brought it home, I took the valve cover off to inspect it. I found it to be quite dirty and in need of a cleaning, so I unbolted the rocker arm assembly in the proper torque sequence by half a turn each time. I took the rocker arm assembly out of the cylinder head, then I removed the camshaft with the cam gear still attached. To my suprise the camshaft was much different than my d15b2 camshaft. It had one extra lobe for the VTEC function. I took a look at the valves and decided I needed to lap them, because they were not to bad but could use a good lapping (lapping is where you take a valve stem and put a valve lapping compound on the angles of the valve in the seat and take a wooden tool that has suction cups on each end and twist the tool in your hand making a nice clean cut surface from the valve to the valve seat), as well make damn sure you clean it out prior to re-installation. I bought a Single Over Head Cam (SOHC) valve compressing tool from a local engine rebuilding store. 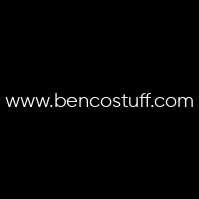 I had to modify this tool to work on my cylinder head. I had to squeeze the the two inner tabs with vise-grips in order for the tool to work. I then compressed the valve, to be worked on, and took a magnetic screwdriver to pull the pesky keepers out, there are two keepers per valve assembly. Once the keepers were out of the retainer, I then pulled the valve out of the bottom of the cylinder head. I bought BRAND NEW valve stem seals from my local Honda dealership, in order to start the re-build (highly recommended). So I took the valve stem seals out with a large set of vise-grips, and took out the valve spring seats. I debated on cleaning the cylinder head myself or getting a machine shop to do the work. Needless to say, I did the work by myself in my laundry tub with the help of some soap and water. To my success it worked with some elbow grease and a metal brush, as well as a shop rag (you can use compressed air too!). Once it was spic-and-span I disassembled the rocker arm assembly and lubed it up with molybase grease (this task is very particular because you have to either bag and mark each individual part or lay the parts on the ground in the EXACT order they were in prior to disassembling the rocker arm). After that was done I started to re-assemble the cylinder head.
Last edited: Mar 22, 2009

Pic of the valve spring compressor you used?

C
What to do in my rebuild