ALTON, Ilinois (AP) -- Tim Pruitt went fishing and pulled up a whopper of a beast.

No, seriously: It was roughly the size of a sixth-grader.

To get a sense of just how big that is, the state record holder was a mere 85 pounds (38 kg) and the world record holder tipped the scales at 121 pounds, eight ounces (55 kg).

"My adrenaline was really pumping, so it wasn't that bad," said Pruitt. "Later on, when I was lifting him out of the livewell and into another tank I really felt the weight."

Now, Pruitt, whose fish has already been weighed in the presence of a conservation police officer and measured by a biologist for the Illinois Department of Natural Resources, is expected to submit documentation to the International Game Fish Association so that it can be certified a world record holder.

Once that's done, the catch should be approved as the world's largest blue catfish, replacing the current champion that was caught January 16, 2004, in Lake Texoma, Texas, said Becky Reynolds, a spokeswoman for the association. 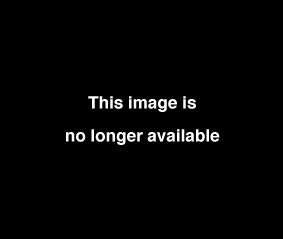 VIP
Goddamn... That thing weighs 7 and a half pounds less than me.

i wonder what the hell it was eating!

I cant believe how fat that fish is. I hauled a 40 pounder out of the platte river when I was a kid and it was almost as long. Must have a thyroid problem.

they are keeping it alive at the cabella's in KC. if they release it into the fish tank there i might have to go see it on down week.

Goddamn... That thing weighs 1 pound more than me.

Jesus christ, are you guys rexic?

Goddamn... That thing weighs 1 pound more than me.

You both need to check yourselves into a hospital and have a feeding tube injected into you!
P

Fish and Chips, anyone?

the fat fucker probably had a heart attack

wow you and that catfish have something in common . . .