wanted to run this by you guys, because I'm at wits end.

Issues started almost a year ago. It wasn't charging so I replaced the alternator. That didn't help. After going through another alternator that tested good on the bench, bad in the car, I did a little searching and came to the conclusion that the ignition switch could cause it to not let the alternator charge, but just maintain a light load (running without head lights, radio, heater, which my Gf usually does.) so I changed that, and the car started charging perfect. A little over 14v. But its got some belt squeal. No big deal. Changed the belts and it ran great again. For a month or two. I work 2 jobs so I didn't have time to get to it, so the girlfriends step dad takes the car to his Co worker/mechanic friend. I got the wrong belt from autozone. Right length, wrong width. I work at autozone, so I fully expect the system had it wrong. But he manages to find the right one through them, now he thinks I'm a moron, and I've seen him selling coke at the local bars, but that's a different story.

So it charges good, but now it seems, every Tuesday and Thursday the car will not start for her. I came to help and tapped the solenoid a few times, and got it to start, so that weekend I changed the starter. The new starter design takes an eyelet connector not a spade clip for the signal, so I cut the old one off and splice the new one on with the provided butt connector and shrink wrap it. Looks good.

Car runs great for a week, then starts the same old shit. Her step dad takes it back to that guy and he tells her step dad my repair looked like shit and proceeds to (maybe) re-butt connect it and then TWIST THEM TOGETHER AND COVER THEM IN ELECTRICAL TAPE.

Runs good for a week, same old shit. So I take the liberty of replacing the signal wire all the way into the clutch switch. 2 days with no issue, and then it acts up again. Sometimes it will be dead on the first turn, then the second try is fine. After I replaced the signal wire, I found a couple solenoids that need replaced (vacuum lines cracked off) and it begins to take longer to crank. I'm not sure if my friend pulled the broken vacuum nipples out of the line or what. But it seems to be having a little difficulty starting sometimes, but runs fine when it finally does.

So the last piece of the puzzle that I have, at some point when the alternator was acting up, the radio and power mirrors stopped working. A night or two ago I was driving her car and noticed the clock on the radio worked. Cool beans. Mirrors worked. Cool. Went to set the clock on the radio and it sort of froze up. Then I tried the mirrors again and they had stopped working too. Then the radio started to feel hot around the volume knob. But I shut it off, and it started fine.

The vehicle has power mirrors, radio, ac, and automatic seat belts. No power windows no power locks. So I'm starting to think there might be something wrong with the keyed power circuit?

Anybody (including but not limited to Wil) have any ideas?

Admin
VIP
Being temperamental, it sounds like something somewhere is loose... a ground, ignition switch itself (I replaced mine in the del sol) perhaps the whole fuse box, (car is too old to have a BCM)...

From there, check the Ignition Control Module - the ICM circuit includes a YL/DB wire, which is the coil trigger signal. It should show battery voltage Key On, Engine Off (KOEO). The BK/OR wire is a dedicated ground circuit. The DG/WT wire is the spark command signal from the Powertrain Control Module (PCM) to the ICM. With the ICM disconnected, the DG/WT will show a 0 to 5 volt square wave. With the ICM connected, this signal should be a saw-tooth pattern.

It's also possible that one or both of the battery cables are loose, broken, or corroded - check both of those on both ends, and if they look OK cut back the insulation a few inches and make sure they aren't packed full of corrosion. Another thing that's possible is that the heater core is leaking onto the PCM and causing it to do weird 'faulty PCM' shit...so make sure that guy is OK. 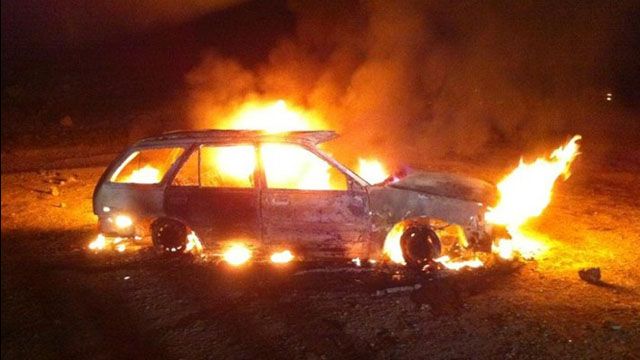 VIP
Maybe get a new girlfriend?

Moderator
VIP
Weren't there some problems between the two of them? If so then that is a good option.

That might work too. Changed the ignition switch again and it has started consistently every time.

winning
You must log in or register to reply here.