and why was this linked from a screamo vid? lol

Admin
VIP
wtf? there's like a whole category of this shit

its pig squeals aka bree, its something i dont understand. its a singing style i guess.
http://www.wikihow.com/Pig-Squeal-(Bree)

VIP
You're surprised by this?

I'd hit that just to see if she made those noises during whoopy-time.


Check out Waking the Cadaver...I kind of like it.

yeah, my friend does it wayy better then them hoes.
it actually sounds pretty cool to music if you do it right.

Moderator
VIP
put it to some heavy music and it would sound like she was a death metal singer.

YouTube - Waking The Cadaver - Chased Through The Woods By A Rapist

VIP
on a side note.. i dont think i have ever seen an emo black chick before

That is really weird.. and strangely hot.

Celerity said:
That is really weird.. and strangely hot.
Click to expand...

you would think that was hot..
i cant say i disagree.
lol

I'm getting so into goth and emo chicks, I'm talking about moving to NYC. I'm seeing if I can land a place at a TV station now.

i know how you feel.

is waiting for summer

I always wondered what that shit was. A friend of mine has alot of music like that and understands all the lyrics. I just cant figure them out. Thats some very STRANGE music.

There aren't many questions that Celerity can't answer, in one way or another. So the question remains: Where does Celerity go to ask a question ? 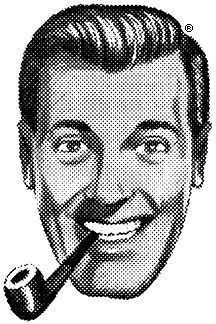 I'm going to paint a picture for you.

Boredom takes many forms. Like a mold, it grows in the dark, where jobs don't often shine. Without a job one is forced into a pattern.

No no no.. Wait. Let me explain this bit first.

Insanity, by Steven Earl:
A train operator, or subway operator, has a job. This job is to stand in front of a moving picture (Their window). Sometimes, they get mesmorized. So the train authority decided to get rid of their chairs. Now these people stand there, and operate the speed lever. But one day, someone found a way to fall asleep, and they sped into a wall at the end of the track. So the train authority installed a dead man's switch. This is a giant red button, and they have to hold it all day. If they let go, the train shuts down and their supervisor is alerted. So these poor stiffs have to stand in front of the same moving picture, day after day, holding a button.
One day, one of these stiffs discovered they could put a book on the button, and fall asleep. Another train plowed through the barrier at the end of the tracks. Now that's a boring job. But wait - It doesn't end there. The Train Authority hired someone to work in the office, where they have a huge terminal of displays setup, and cameras are now installed in the trains, with someone in an office making sure operators don't put books on the button and fall asleep.
It's someone's job to stare at someone standing, holding a button.

Now, back on the topic:

Someone is so bored that they (In this order)

If that's not enough, someone else even more bored, and unemployed (Like the Super Devil) found this video and proceeded to spread it around.

Super-duper ultra bored people then write articles on how to do it, And others link to that, and still read it.

But this has NOTHING to do with pigsqueeling. This has to do with lessons on how to sound like an adult from Charlie Brown.

Were you looking for:
How to Pig Squeal (Bree)
How to Sound Like the Charlie Brown Adults
Click to expand...

So I asked Bob: "How fucking boring can it get?"

And he squealed at me.

youre somethin else man.
in a good way though.
or you do drugs.

Admin
VIP
it's the fumes from his nail polish remover

Most entertaining human I've seen in a long time