VIP
i picked up one of these early last week and yes i got it in yellow since i've been firing off resumes and getting interviews at a few places lately i thought i should separate my business and pleasure. 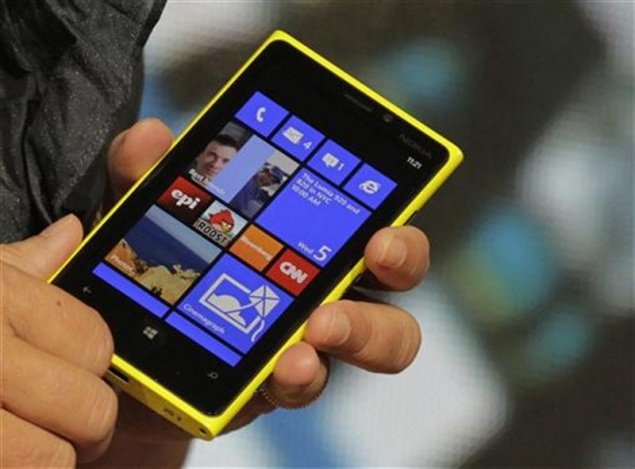 its a little clunky in some respects otherwise great phone. the battery lasts a good while. the LTE is wayyyy faster than the iphone5 and its very fast moving between apps. it comes with 32gb of storage (28 after the OS, and nokia apps are loaded) .

the BT streaming in the veloster isn't as easy as the 5 though. sometimes i have to reconnect it when i turn on the car. tethering to the phone gives me a much faster connection than through the 5.


i miss the functionality of some of the apps (mint, ebay) but i will say the apps i have downloaded for it are the exact same as on my surface, and since the phone and surface are linked by my MS email account they always have the same data. whatever info i can't get through apps i can easily get through their mobile sites using IE10. i've also been using skydrive to store important documents. its nice to be able to edit office docs on my phone directly, instead of paying for it like on the 5.


xbox music cloud is very clunky compared to streamlined itunes music on the iphone. it will take some getting used to since i LOVE itunes for music management. i'm pretty sure i can figure out how to sync itunes through the phone (others have done it) .

i like the live tiles although you can't have any more than 7 apps backgrounding on the lock screen or they stop updating (probably to save battery life) the camera is gorgeous.


2 great nokia apps included was citylens (uses the compass to determine where closest businesses you want to see are and actively maps to them) and nokia maps. this completely, and utterly destroys any GPS/maps app i have ever used. the ability to download maps to an area that may not have service, ahead of time, is amazing. and they constantly update the maps with new transit lines and points of interest.

im heading to upstate NY this weekend to go camping, so i downloaded the whole state of NY to the phone

last year when we went, we didn't have phone or GPS service on the iphone for about 45 miles and we almost ran out of gas. will not happen on this trip i'll be sure to fill up ahead of time.


the bill is $150 a month - $75 per phone as we have two phones. family share plan unlimited talk and text nationwide to any carrier with 4gb + tethering . when i got on, i dropped her side of the bill $20 . and dont give me that shit about you could have a dirt cheap plan with this phone or whatnot. i NEED my phone to do exactly what i want to do at every given time and i wasn't going to settle for some cheesy plan where i wouldnt have service except a major metro area. this phone will fit me well.
Last edited: Jul 19, 2013

VIP
i got my grandma the 822... it was her first smartphone so it needed to be easy to operate.. she likes it

how is the battery life compared to the Iphone?

VIP
the battery life is a little better than the iphone. then again i leave the screen at almost full brightness.

it has equivalents to most of the apps i use. i'm not an app-happy person. mint and the autoguide forum browser are the only 2 im really missing.

the wireless reception is not as good as on the 5. where i could browse with a low signal on my 5, i couldn't even see the network on the lumia.

IE10 just plain sucks... can't type in most forums, the keyboard pops up and then pops down. each individual tab is a new "app" as well. i haven't tried to download any other browsers yet since i dont believe they exist.

i never got maps working. whenever i submitted my registration for the "30 day trial" it failed.

Admin
VIP
so, it sucks then? lol

VIP
i think i'm going to stick it out. if anything i'd swap it for an iphone

VIP
I concur that IE10 blows. On Audizine, my keyboard works half the time. Keyboard always works here thankfully.

Maps is virtually useless. Don't even get started on navigation, completely broken. But other that I love my Htc 8x, wish I would have waited for the 928 to come out on Verizon though.

VIP
I did a similar transition. I swapped from an iPhone 4 to the Nexus 4.

The N4 rocks. It's not LTE, but I can't keep my unlimited data plan when I move to LTE, so this buys me another two years of paying $64/mo for my old AT&T cell plan.


All in all, I like the Nexus 4 more than the iPhone 4. Screen is better, network connection is marginally faster, but the processing speed is greatly improved. Best part is that I don't have to root/jailbreak anymore to get the functionality that I want/need. There are a few qwerks with it, but nothing I can't accept.

Camera sucks compared to the iPhone4 though. Oh well. The Apps are plentiful, and I can actually use it for a hotspot and turn down the wifi broadcast strength without hacking the device. It's wonderful.

Only complaint is that I can't do "google now" (basically siri) using my car's bluetooth system. MAJOR DRAWBACK. There are enough people complaining about it, and there are a few bugs logged, and it's a pure google OS phone, so it should get fixed rapidly. But anyway, it pisses me off.

B said:
so, it sucks then? lol

Got it a couple of weeks ago and love it

VIP
im trying really hard to hate the phone since i can still trade it in for an iphone5 during the first month if i decide.

i downloaded UC browser to fix most of the IE problems, however the rest is just up to shoddy web programming. havent had a chance to find a substitute for maps/navi.

VIP
Nothing like disliking something and putting up with it just because you want a change.

Return that shit phone and get a iphone5 or android phone.

VIP
I had a Nokia lumina a while ago at work, it sucked so bad I sent it back to vzw before the demo was over.

VIP
I just got a S4 last month. I really like it. I use google now and ask samsung to do a lot of stuff. Google now is neat for the cards and crap. Battery life is decent and the screen is awesome. It's also so thin that the huge size really isn't noticeable in my fitted jeans.
You must log in or register to reply here.

Email on my phone issues