VIP
I know this should be in 'motorcycles' or 'auto multimedia', but eat a dick. I'm Wil, and I'm drunk, and I don't give a shit.


Just picked the bitch back up from getting the paint done. I wadded it up pretty nasty back in October, and have been piecing it back together since. First CMRA race is next weekend, I've decided that I'm either going to podium or wreck. 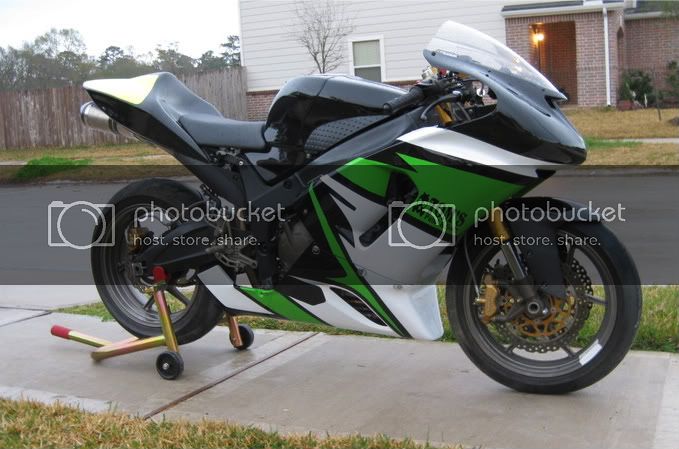 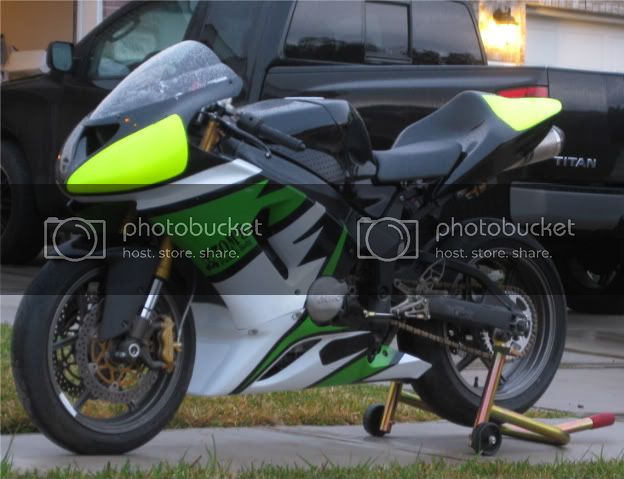 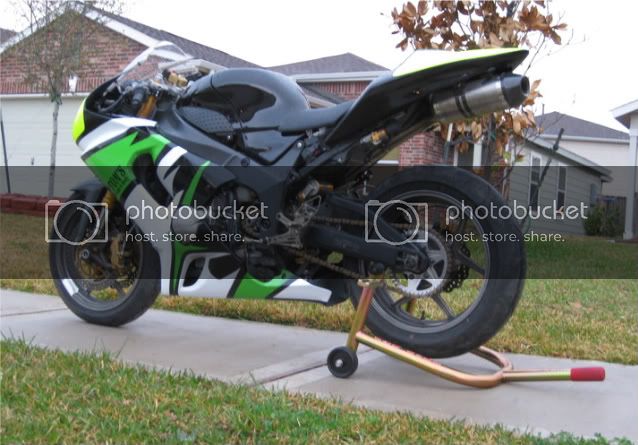 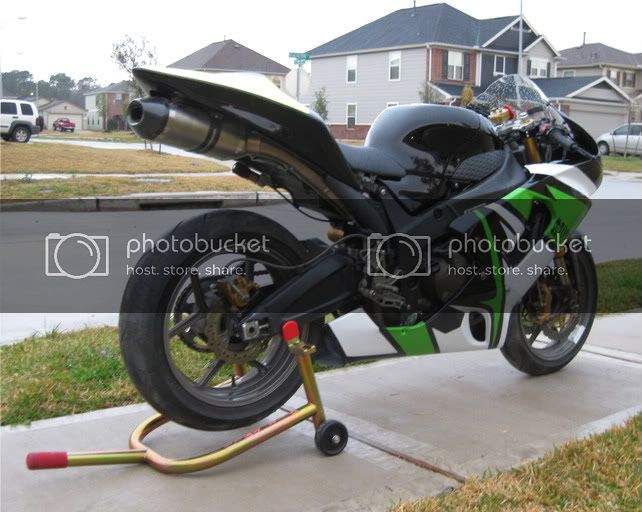 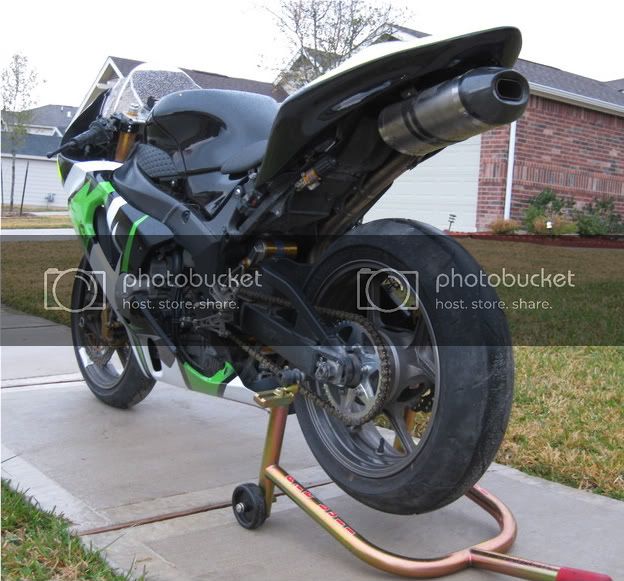 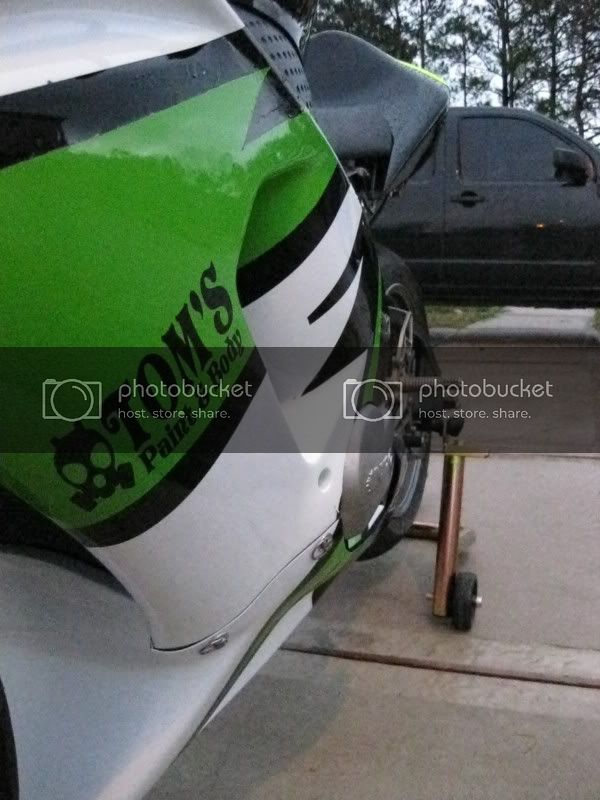 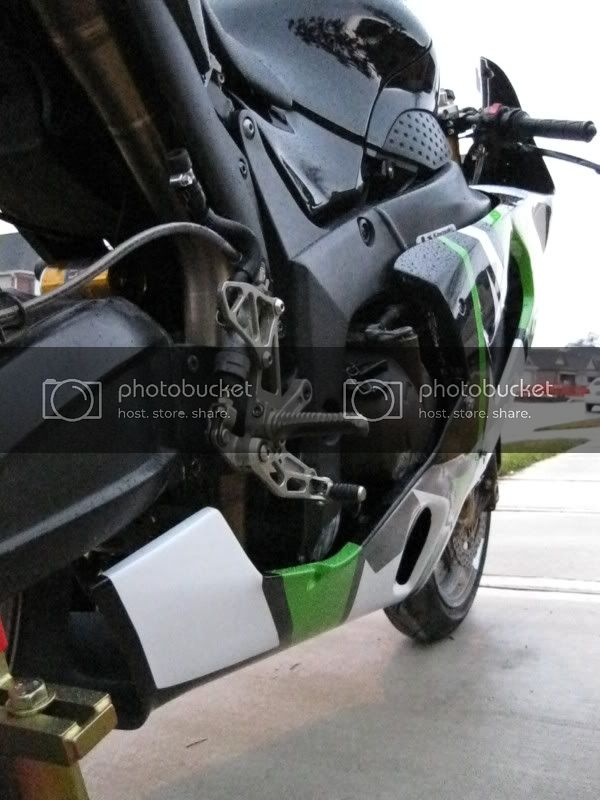 Nice! Pin it, or die trying.

VIP
gl wil
keep the shiny side up
better to enjoy it for at least a couple races no?

thanks for the cd awhile back,im still rocking it

VIP
what class are you going to run....


Is that titan in the back ground? Didn't you have a frontier before that?

VIP
Specs on the bike? I want to pick one up before summer...

I wish I could get a bike. Right when I think I can finally afford one, I get laid off.

Good luck with the season though!

thanks for the cd awhile back,im still rocking it

werd! we're gonna have a new, complete, REAL album out in another month or 2, that's going to blow those demos away...

get_nick said:
what class are you going to run....

I'm going to be running 4 different races/classes throughout the '09 season: A Superbike , B Superstock , C Superstock , and C Superbike. A is up to 1000cc, B is up to 750cc, and C is up to 600cc (but the 636 is allowed). The difference between 'superstock' and 'superbike' is, for the most part, you don't have to run DOT tires in superbike and you do have to run DOT's in superstock. I'm going to be running Pirelli DOT's in both classes.


Is that titan in the back ground? Didn't you have a frontier before that?
Click to expand...

That's my roommate's Titan. I've still got my Frontier.


SlushboxTeggy said:
Specs on the bike? I want to pick one up before summer...
Click to expand...

It's an 06 Kawasaki ZX-6R 636. The 'important' stuff on it are RaceTech fork internals and an Ohlins rear shock. It's also got a Scotts damper, Akrapovic full race exhaust, PowerCommander PC3, K&N filter, PZRacing gear indicator, NRC right & left engine covers, Vortex sprockets (gearing depends on which track I'm at), Attack rearsets & bodywork, some minor tweaks and changes to the motor, converted to GP Shift, and some other odds and ends that I can't think of off the top of my head. I love the 636, it's an older bike and isn't eligible for Kawasaki contengency money this year since it's older than 2 years, but I LOVE the way the bike handles.

The first race is this coming weekend, I'm super fucking psyched. It's at Oak Hill, which is somehwhat famous for supposedly the most dangerous motorcycle track in the country. Nicky Hayden said in an interview a few years back that 'if you can go fast at Oak Hill, you can go fast anywhere'. I took the bike into the motorcycle shop I used to work at earlier today and spent well over an hour with the owner of the shop getting the suspension set up perfectly for the track at Oak Hill. As long as I can keep from going down, I should be able to do pretty damn decent. I'm a bit leery because I've never run Pirellis before, it's always been Bridgestone for the most part, but from what I've heard they're super sticky, they just don't last very long...4 races with 8 laps apiece, the tires SHOULD hold up throughout the day. We'll see!

its a sexy lil bitch

Moderator
VIP
w00t
You must log in or register to reply here.

Me getting 3rd place in Unlimited RWD at Global Time Attack NOLA in only a handful of laps.

Possibly Taking on a Project Teggy