Moderator
VIP
I cant be alone in thinking that all of this talk about raising min wage is nonsense can I?

my brother shared this pic today:

Seriously? people actually think that raising the min wage this much is going to affect what min wage is?

i ranted a little in my response to him:

jesus, people that think raising the min wage is a good idea are very very mistaken. lets think this through: lets say that they make min wage $11. how are you expecting this extra cost to be covered? you think that a business is just going to absorb the cost and eat into their profits? no. as we all know, we dont live in a world in which that happens. there are two things that WILL happen in min wage goes up like this. one: people will be laid off. a lot of businesses that pay min wage pay that for a reason: its a min wage job. it requires no special skills, most hardly require you to do more than be there. its not meant to be a career job. yeah, a lot of them do suck, they're shit jobs. those businesses wont be able to afford two or three employees, they will terminate some. and we all know that everybody loves losing jobs (sarcasm). two: cost of living will go up. most likely at a higher percentage than the min wage goes up. say min wage goes up 15%, companies will probably go ahead for the 25% margin in raising prices to cover that extra cost (not to mention they are already going to raise due to the obamacare premiums). so, yes, those min wage people now make more money. 11/hr is about 50% more an hour than TN's current min wage. thats an insane jump. so, now milk is probably going to cost about $5/gal up from $3. gas, well, we already know how volatile gas prices are to fluctuations like this, so that should be fun. so, while that persons check is bigger, guess what, the cost of living is now higher. so, that min wage check goes the same exact distance that it did before, if not less, but you make more money so you feel good. just now you may get taxed in a higher bracket, hi uncle sam. guess who really gets screwed: people not making min wage. what if you already make $12/hr? well, when the min wage goes up, guess what you get? $12/hr. thats what you get, but guess what happens to your cost of living, yeah, that just went up. congrats, your $12/hr is now worth much less.

you want to make more than min wage? get a job that doesnt pay min wage. learn a skill set. if school is your thing, go to school, if not, go make min wage in a field you want to work in and bring home a shit check while you learn the field. getting paid min wage to learn a skill is 100% better than going into debt at some over priced tech school to learn a skill. at least you are getting paid to learn vs paying to learn.
the only person holding anybody back from making more than min wage is yourself. nobody else. nobody is forcing you to keep clocking in a job that you hate that pays crap. nobody is holding you back from seeking other employment. if you are the type of person that has been working the same min wage job for years and years and years and see no prospect of getting out, its your own fault. nobody elses. obviously, if you've been in the same position while others have moved to different positions or even quit to go to other places, then obviously you are the problem and the reason you havnt gone anywhere.


did i miss anything or am i just completely wrong here?

i seem to be the only person i know that sees it like this. nobody else has. please tell me im not alone here.

VIP
You must hang out with a lot of stupid people. Raising minimum wage to $11/hr would be ridiculous. Maybe a 5% or 10% bump would be alright, considering that minimum wage was last raised in 2009
Last edited: Mar 13, 2014

VIP
Nope, it's pretty simple economics....the more a company is forced to pay for stuff, the higher the products and services will cost and also prevents them from growth to hire more people. It's just more entitlements that will go to people who don't yet deserve them. This is what Obama is about. If I had to use three words to described Obama's legacy...i would call it....The Entitlment Era

It's pretty clear to me that Obama is about destroying this country. I'm not sure why this guy has not been strung up by a rope yet and hung in public.

Moderator
VIP
He definitely is not doing us much good. It just like our idiot gov Malloy thinking this is great. My theory is it should not jump much, being raised occasionally for inflation is ok. If you do not want to make minimum wage money better yourself to not make it.

Admin
VIP
10.10 is the proposed figure, so 11 is not far off. Especially considering that is going to be a federal number, and already certain states exceede the federal level.

Long story short, raising the min wage is a tax on the middle class.


INFLATION is also a tax on those who are good with their money, savers, or those on fixed incomes, devaluing it over time. It favors debtors, aka, our national government in trillions in debt. The more inflation rises, the less that debt is actually owed. This is why it is important to get rid of all your money. Put it into a debt, like a house. There's really no point in hanging on to it these days.
And it's why so many people are in trouble and you see 90 year old greeters....
Last edited: Mar 13, 2014

VIP
Up here they are trying to raise it to 15hr. Bullshit I think. Try hard apply yourself and move into a higher paying job.

chadcharb said:
Up here they are trying to raise it to 15hr. Bullshit I think. Try hard apply yourself and move into a higher paying job.
Click to expand...

Fuck it, just raise it to $25/h and get rid of the poor class all togther

Moderator
VIP
why stop there 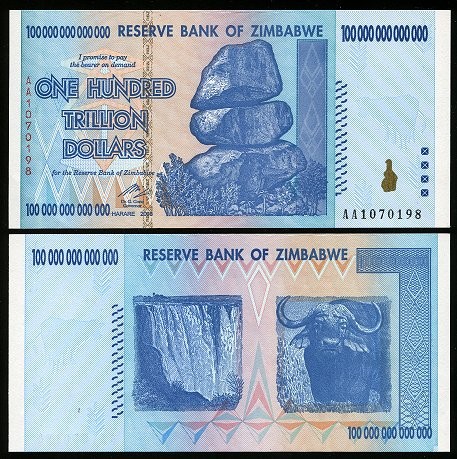 corvetteguy78 said:
It's pretty clear to me that Obama is about destroying this country. I'm not sure why this guy has not been strung up by a rope yet and hung in public.
Click to expand...

Watch out! He's probably reading this!

chadcharb said:
Up here they are trying to raise it to 15hr. Bullshit I think. Try hard apply yourself and move into a higher paying job.
Click to expand...

That shit pisses me off to no end. The stupid mother fuckers that think they should be makin $15 an hour cant even handle a simple instruction like "No tomato." Their assembly skills are horrible. And they have a work ethic that my parents would have beat me for.

aw fuck it. imma drop out of grad school right now and just blame everyone excepting a hand out.

Before you click this link, ask yourself, what % of workers actually work for minimum wage?

Hint: it's much less than you think, which is why adjustments to minimum wage have no macroeconomic impact.

Raising the minimum wage puts a few extra bucks in the pockets of a tiny group of unskilled, mostly part-time workers.

I think when people discuss minimum wage they picture Joe Manufacturing and Service-Industry Sandy busting their asses at full time jobs making minimum wage, but it's not those people.

invisibledemon said:
I cant be alone in thinking that all of this talk about raising min wage is nonsense can I?

my brother shared this pic today:

VIP
I worked minimum wage for 3 years. I remember it being GREAT, when I got a job paying $1 an hour more at Lowe's. I was like SUCK IT BK LOUNGE.

VIP
I haven't made minimum wage since I was 16. Aquiring a very minor skillset can increase your earning power tremendously. What would you like to drink? Write it down. To eat? Write it down. Bring it out, ask how it was, and bring the bill. I made good money waiting tables. I know tons of people who pay REAL bills on a server income. And if you're good at it, then you move into management. A manager at where I use to work makes more than I do. I have a masters. That job requires a GED.

But these minimum wage leeches have no concept of being rewarded for performance. "I'm here, isn't that enough?"

Admin
VIP
oh, you mean, they are used to entitlements? I wonder how that happened...
You must log in or register to reply here.