VIP
For reasons that will NOT be discussed on a public forum, I decided to pick up a beater. After scavenging all over local forums and Craigslist, I came across this gem:

CONS:
EXPECTED WEAR AND TEAR ON DRIVER SEAT
MINOR DAMAGE ON THE FRONT BUMPER.
***ONE OF THE INJECTOR CLIPS IS NOT WORKING, CAR RUNS VERY RICH AND SMOKES DUE TO THIS. I GOT THE CAR CHECKED OUT. DONT HAVE TIME TO GO TO JUNK YARD HUNTING FIND THE PART.

BOUGHT A NEW DAILY DRIVER AND I NEED THIS GONE OUT OF MY DRIVE WAY!!! COME TEST DRIVE IT AND LETS A MAKE DEAL. ALL REASONABLE OFFERS WILL BE CONSIDERED.

*note*
I bought the car with the problem, i took it to my mechanic and he confirmed that one of the injector wasnt working because of the clip, i never really bothered with it. i drove the car daily for sometime then got a new daily and parked it.

new part cost i dont really know. brand new from the dealer might be pricey so i would suggest a used one, so u gotta hunt from a junk yard. the only bad side is the bad injector is the one under the intake manifold so u need to take the intake mani to get to it. its just some work and i dont have the time for it.
Click to expand...

He had cheesy, crappy cellphone quality pics posted, that you really couldn't see anything - and no pictures of the front of the car at all. I called him up and told him I'd come check it out, but I was only willing to offer $700. I also told him that my wife is 9 months pregnant and about to pop, and my truck is too tall for her to get in and out of, so I desperately need something reliable to take her to the hospital in. Furthermore, I don't know ANYTHING about cars, so I'm going to hire a local mechanic (Ricky, a guy that I went to school with, who I got hired at the Ferrari/Porsche/Lambo shop with me) to come 'inspect' the car...haha.

We go at night to check the car out, and it's pretty rough. The battery is fairly new (5/10 date stamp), but is stone dead - the car will barely turn over even with jumper cables attached. Ricky looks over the car, as I point out things and ask questions, since I 'dont know the first thing about cars' - 'Is the blinker fluid topped off?' 'Where do the cold cranking amps go? I heard those are important. Are they in the glove box?' etc etc. The car's pretty rough, but it's not HORRIBLE - it's also a 92, not a 94. It's got stored engine codes and an airbag warning light on the dash - which is bad, because typically when a car sits with no battery/dead battery, it'll clear itsself of fault codes. Ricky finds a laundry list of things wrong with it (which, give me ANY car, and I GUARANTEE that I can find at LEAST $2k worth of legitimately needed repairs). Ricky quotes around $2500 of needed repairs that are needed simply to make the car safe to drive, and I tell the guy (who, by the way, appears to buy junkers and flip them regularly) that I can't do any more than $500, especially since it won't start. He agrees and so Ricky and I drive down to AutoZone and purchase another (identical) battery. We get back, throw the battery in, and go to start the car - and it's out of gas. The seller grabs a water bottle, shoots over to a nearby gas station, and comes back with a bottle of gas. We fire the car up, and it smokes - a LOT. RAW fuel.

Fuck it, it's $500. Ricky loses paper-rock-scissors, so he gets to drive it back to his place, and from there to my house on the north side of town in the morning.

Going over the car, there's tons of stuff wrong with it causing the running rich/smoking. Someone attempted to do a tune-up, and used a hodgepodge of parts - a few Autolite plugs, a Bosch plug, and a few NGK's - one of which is SOAKED with gas. Bingo, found the bad injector, which is staying open and dumping fuel. Upon looking deeper, I find the front O2 sensor has been soaked with gas from the stuck injector, and the rear is pretty sad as well. Using a noid light, I find that the ECM is keeping that injector (#4) powered on at all times. Apparently, older Lexus and Toyota V6 ECM's have capacitors that like to leak onto the circuit board, and short things out - in this case, causing one of the injectors to have both power and ground supplied at all times. I head over to O'Reilly and pick up two new O2 sensors, an injector, and a set of plugs (total cost for me right at $280), along with 5 quarts of oil and oil/air filters - total in parts thus far, right at $300. I head over to Auto Zone and return the old battery under warranty for a full refund ($100), and head home to start hunting for an ECM.

ECM failure is super common on these old Toyotas, so there's a plethora of them on eBay - and lo and behold, one of them is local. I call the number listed in the auction, and catch the guy just as he's leaving his shop at 6pm on a Saturday. He agrees to let me come pick it up from him that night, and $60 and a half-hour later, I'm back at home with a 'new' ECM - and shortly afterwards, a 'running as new as can be expected' Lexus.

I then proceed to attack the car with Armorall cleaning wipes, Febreze, and a vacuum - and two and a half hours later, she's good as new. The radio is a POS 'Dual', which HAS to go - luckily, I had the foresight to pick up a decent Pioneer from BestBuy earlier that day, for $140. I notice that it's got automatic climate control (which works 100%), good ol' R12 A/C that blows cold as FUCK, and power driver AND passenger seats that both work. That alone is better than most newer BMW's!

So here I am, a few days later, with about a day's worth of diagnosing/fixing/cleaning, and a total expense of almost exactly $1000, and this is the badass 'donk' that I've got to show for it.... 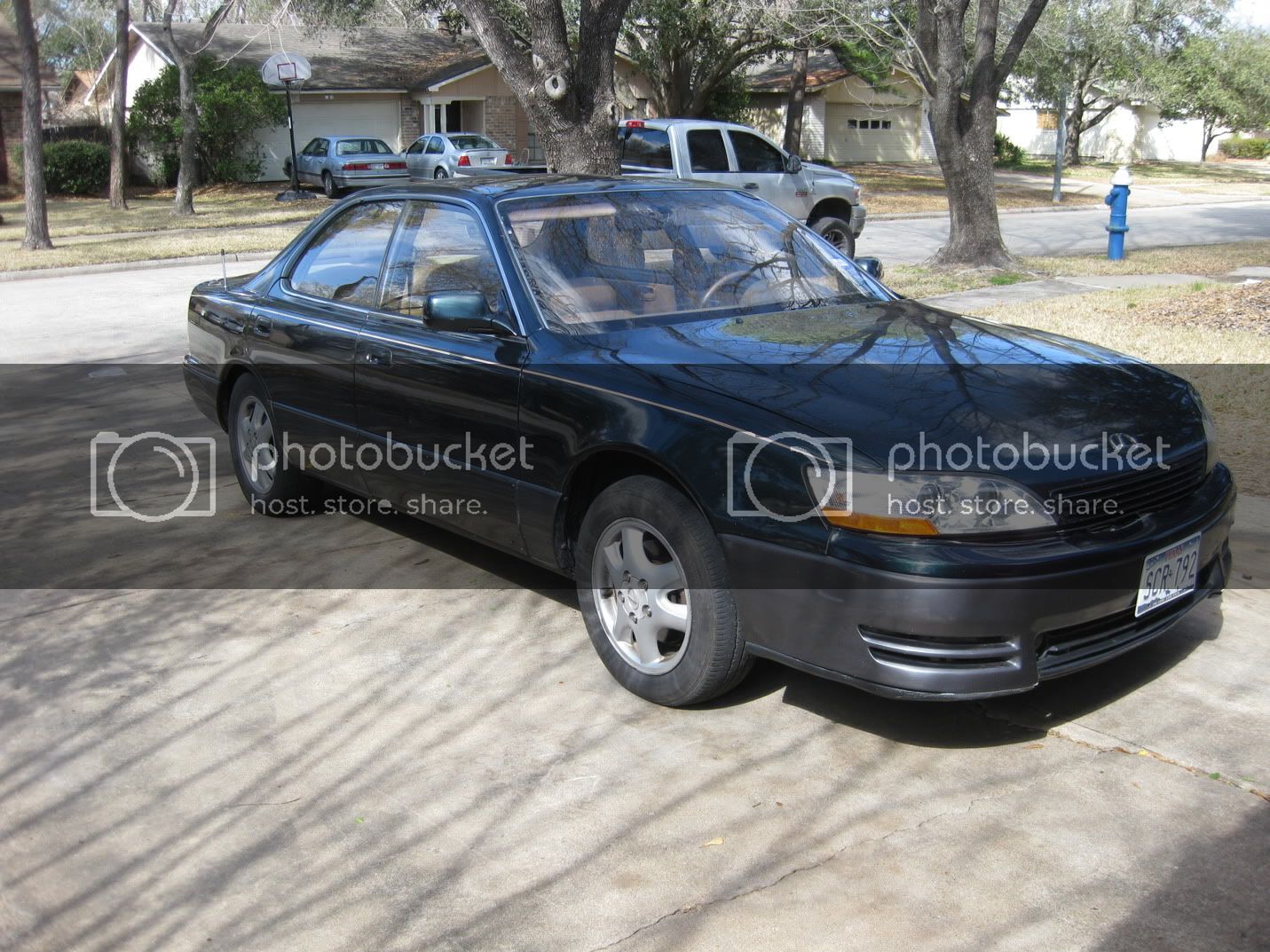 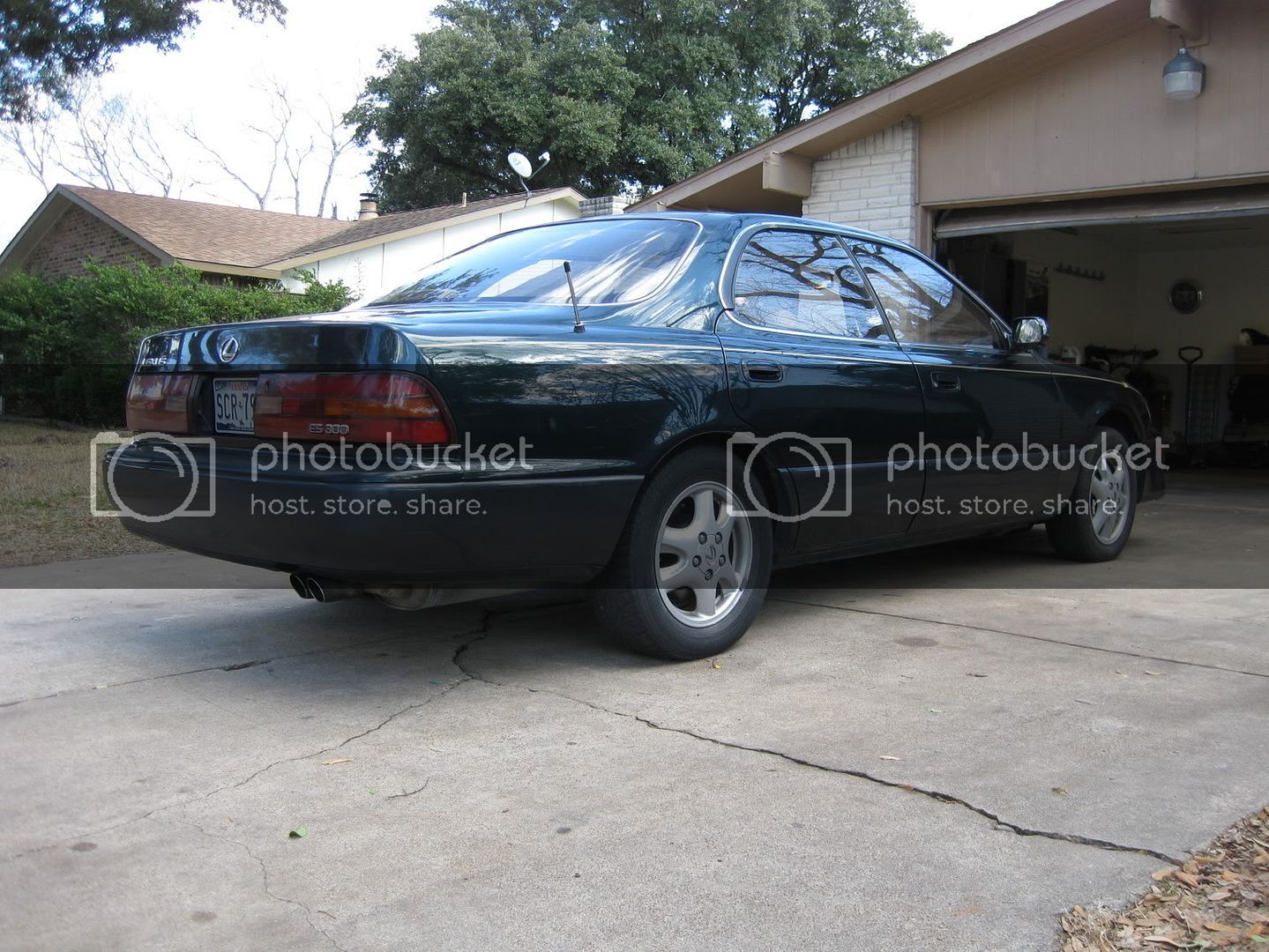 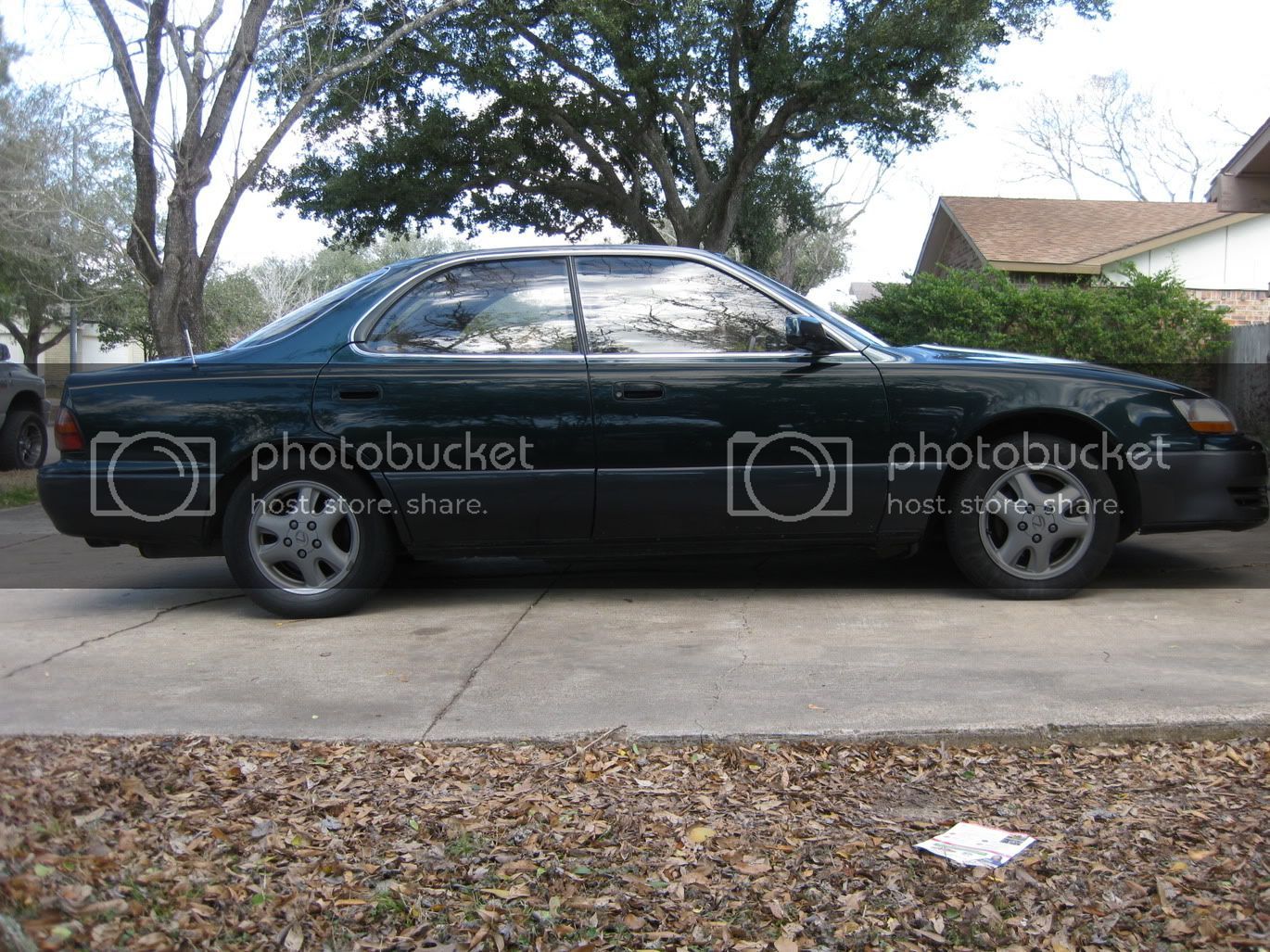 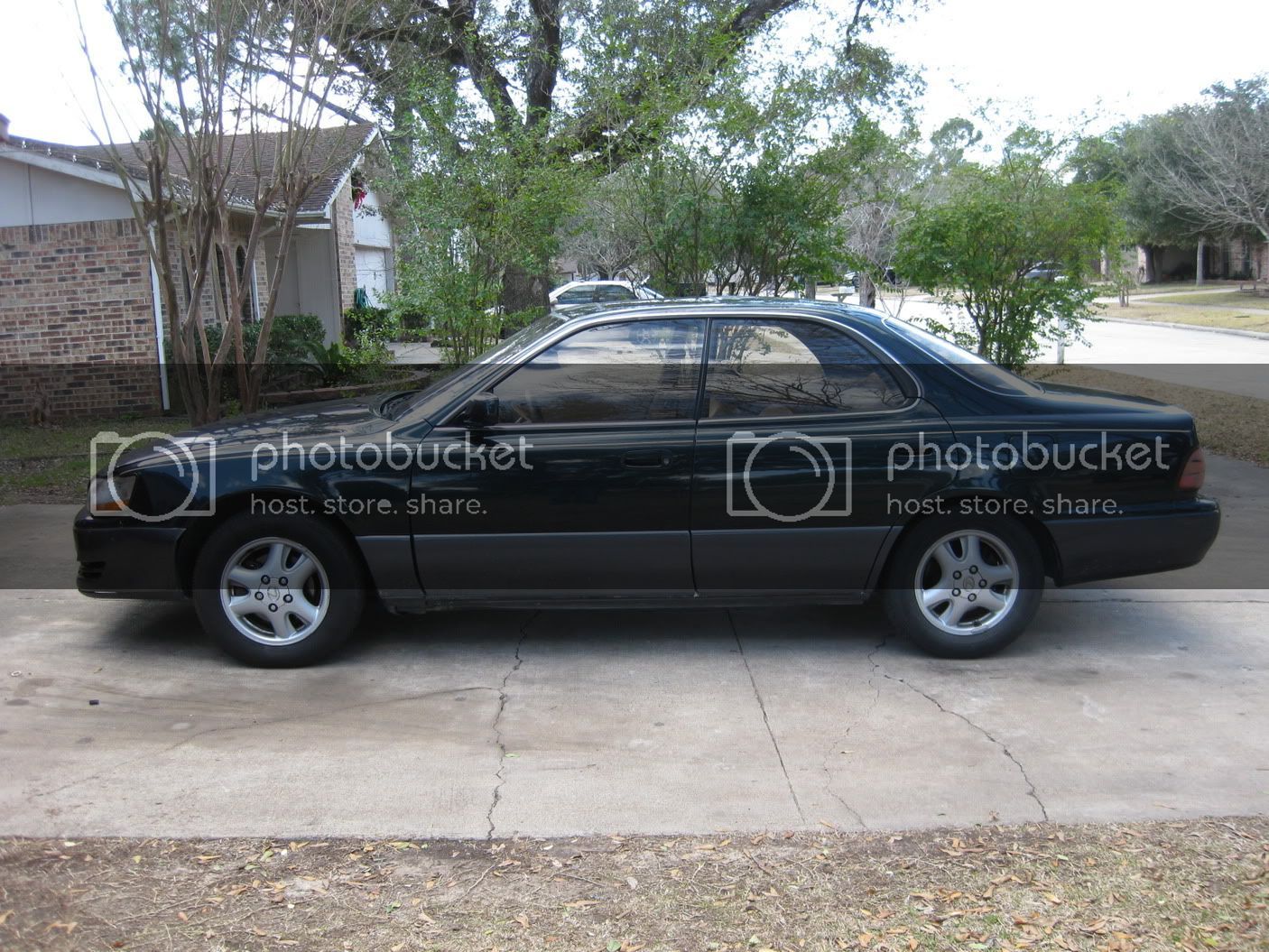 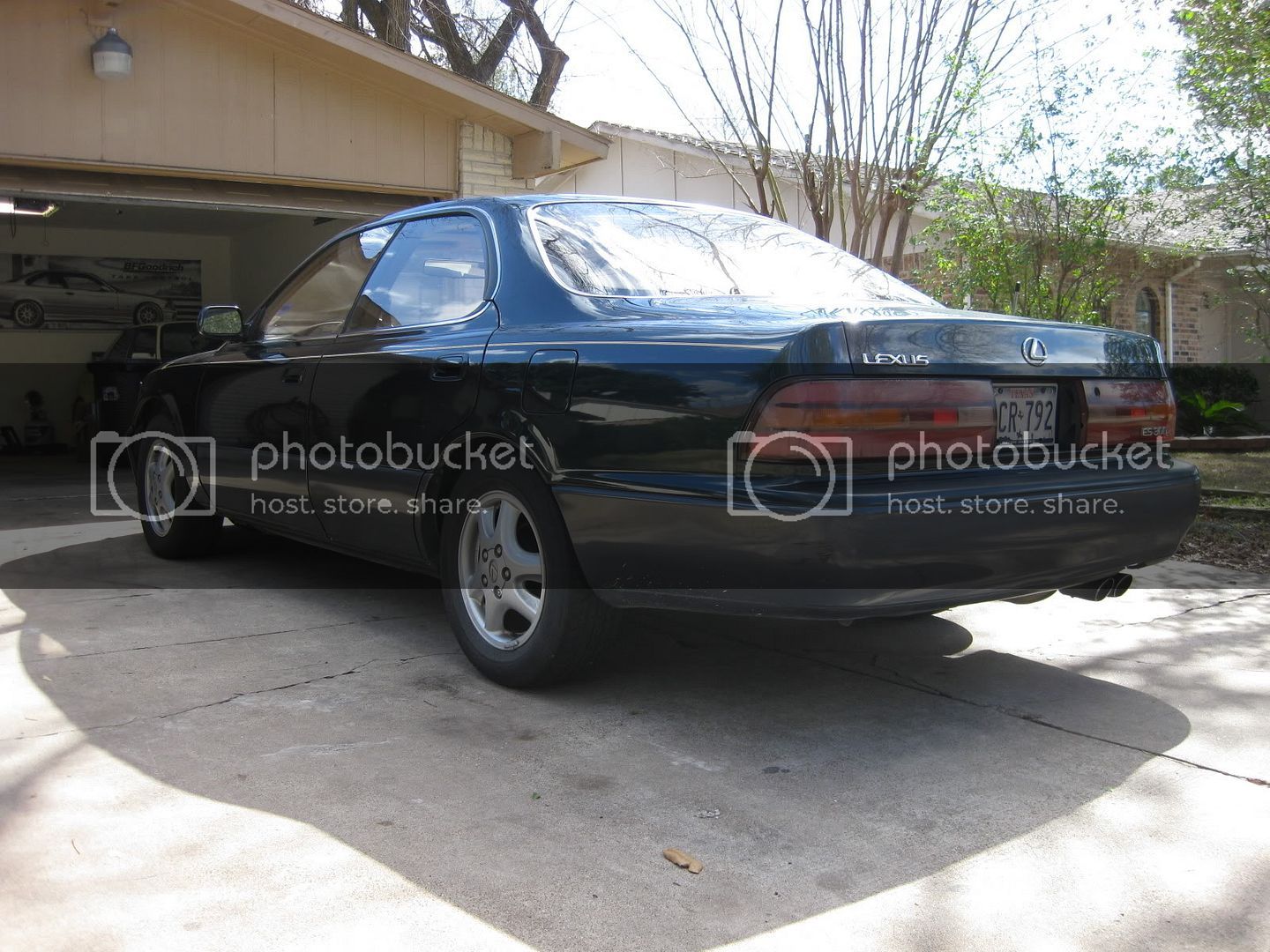 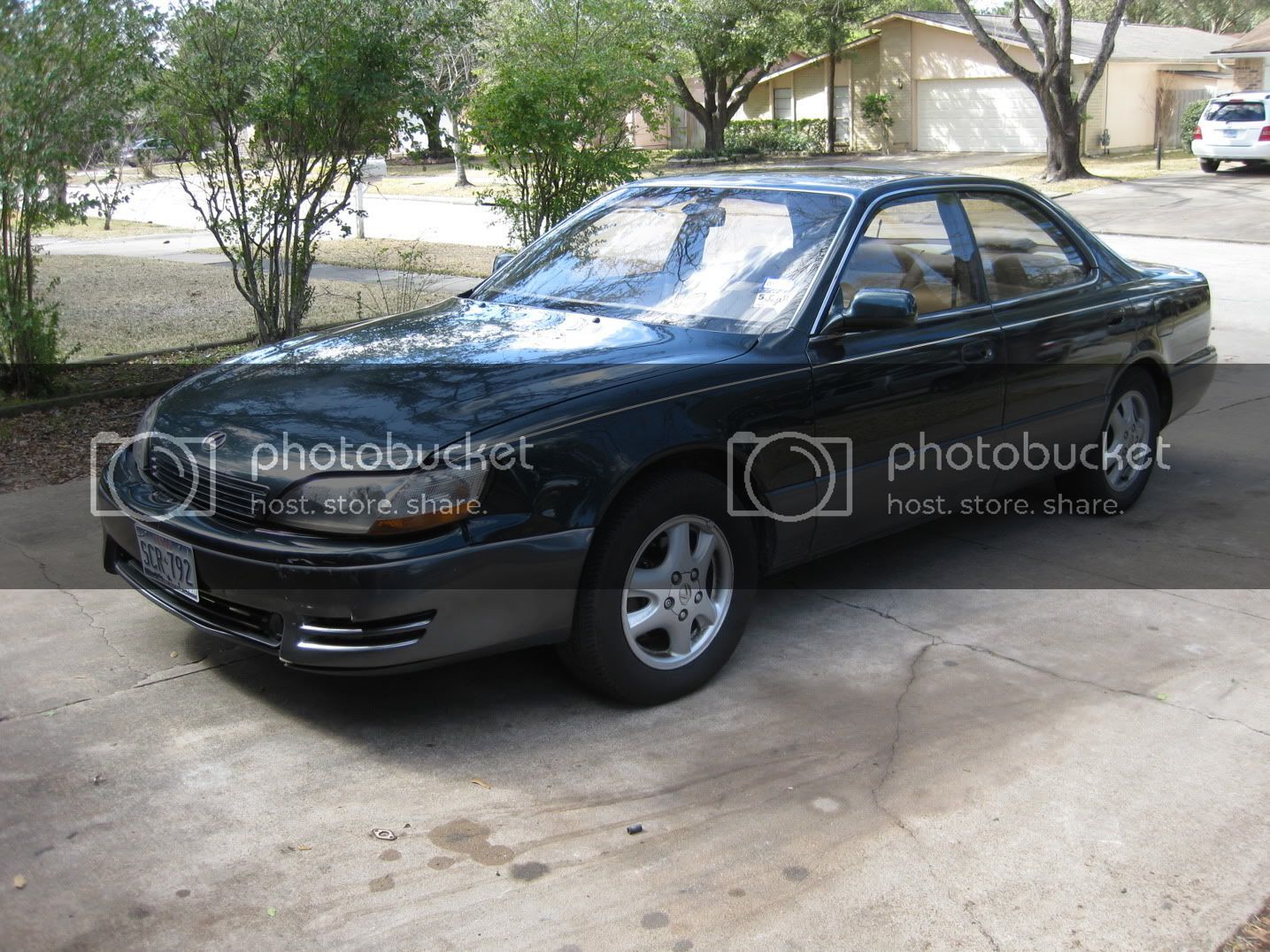 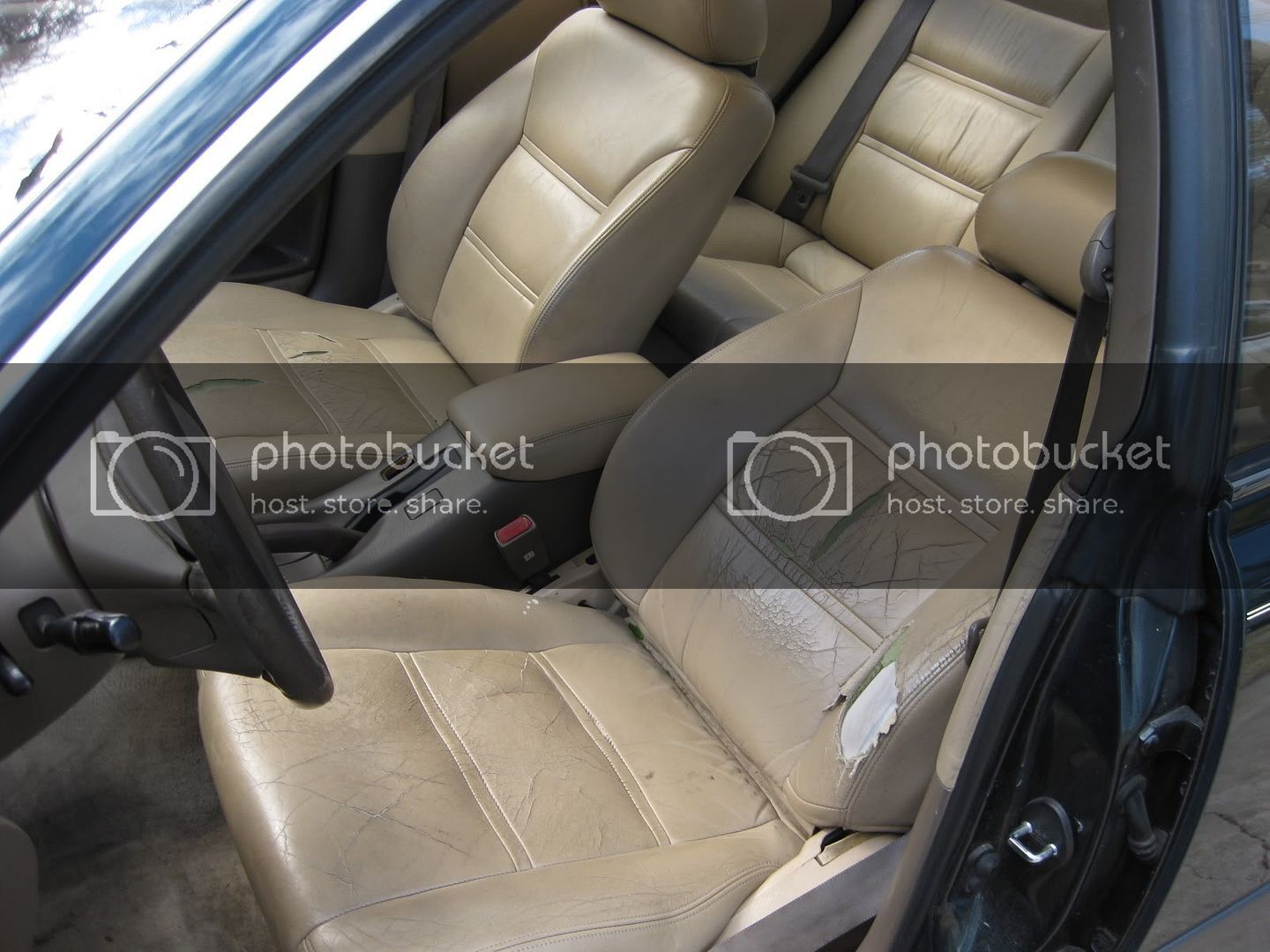 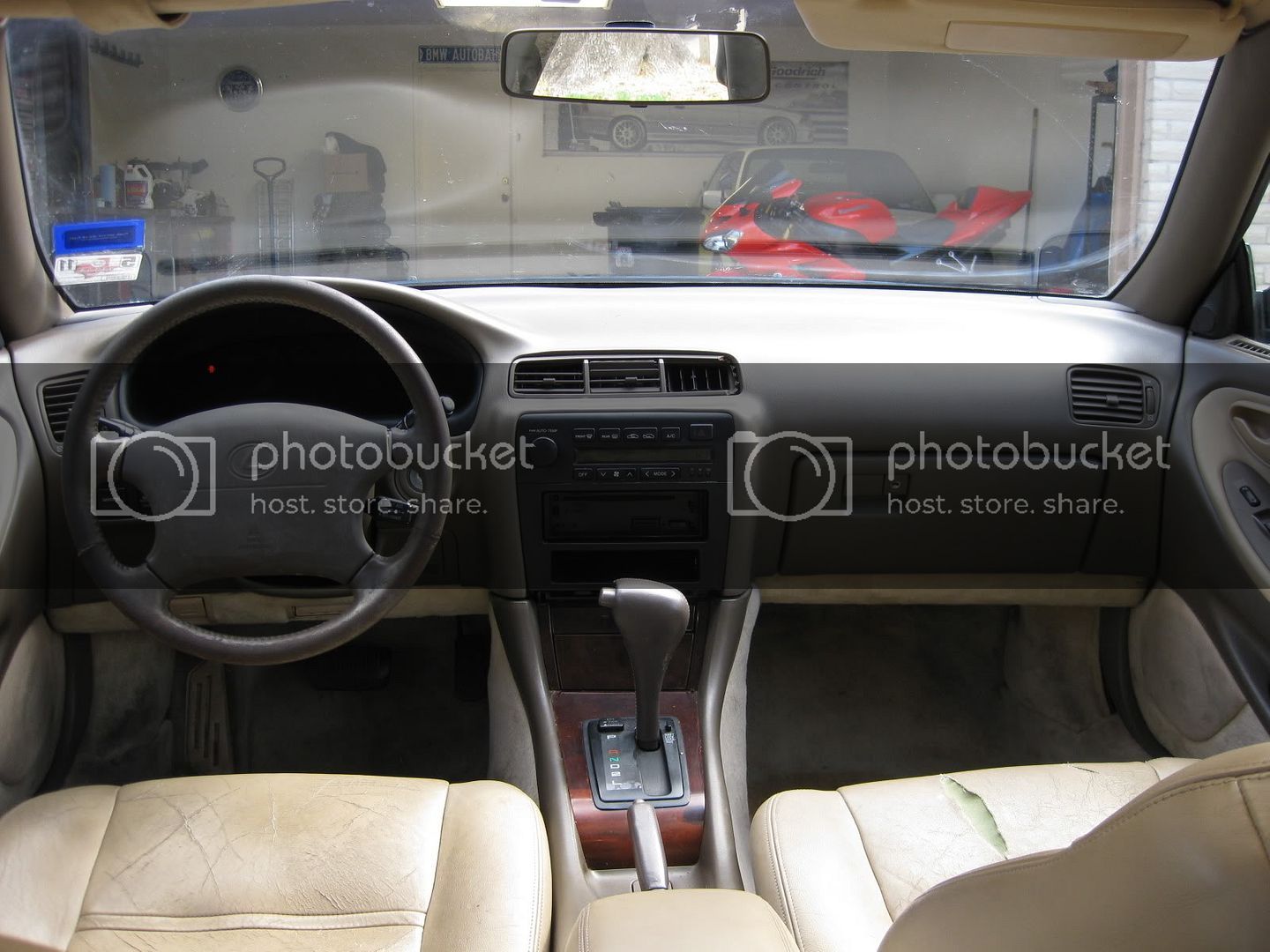 I'm gonna need a stick to fight off all the bitches.

Nice pick up though

VIP
Is that an E30 in the garage

eg6sir said:
Is that an E30 in the garage
Click to expand...

My money is on

How the hell did I miss that?

VIP
Ya Ima go ahead and ask for 2 possible reasons,

1) Youll get hounded until you answer.
2) Crazy ideas will get thrown around, like the one above.

What made you need a cheap beater?

Moderator
VIP
That or someone is trying to steal his truck

Staff member
Admin
VIP
what did you do to the truck>?

VIP
My roommate has a widebody E30 with an Active supercharged E36 M3 engine. It's suuuuuper sick.


Nothing is wrong with my truck, it's parked in my driveway...and there isn't a baby on the way.

Pre-2000 Asian cars were EXTREMELY well made, and if taken care of they'll last FOREVER. My '89 Nissan Pathfinder had 361,000 miles when I sold it, and I beat the hell out of that truck...shoulda kept it.

they just don't make 'em like they used to

VIP
Hard to believe Will sunk the truck in the backyard.

jeffie7 said:
Hard to believe Will sunk the truck in the backyard.
Click to expand...

Drunk detection systems coming to a car near you