VIP
Well, all the other bearings looked good. Got it all back together except for the oil pan back on. I think tomorrow I'm going to take it to a car wash and pressure wash it all out.

I couldn't find the flat shoe laces I used last time, so I opted for a flat cat5e cable. Lol. I started with 320 grit, then moved up 400, 600, 800, 1200, and finally 2000. I put a fresh bearing (wasted one basically) with clean oil on it to check for any surface imperfections, and didn't see any. I measured it when I got done, and the OD was on within whatever "good" was in the service manual. Rod bolts didn't stretch any, surprisingly. So, now, she sits for the night. Rod knock hopefully cured. Tomorrow I'll put the delphi injectors in and adjust the tune accordingly. Maybe I'll get to rip it around tomorrow.

VIP
Got the oil pan cleaned out with oven cleaner at the car wash. Then, I took off the NPT fitting I had on it, and welded a -10 AN bung, and made a hose for it, with the rate I'm disassembling this car that'll help out.

Got the oil pan on and now down pipe has 3 of 6 bolts holding it on, none tight. The valve cover bolt I stripped needs to be helicoiled, the new injectors need to be installed, fuel pressure turned up to 55psi to match the injector flow data I have, and I need to put some oil in the car, then it can start getting beat on for a little bit.

VIP
Here's a couple pictures of the new -10 AN oil return line. VIP
Got the valve cover off, repairs the threads for the stripped out valve cover bolt, put a new gasket on, dabbed a bit of rtv on the bolt seals and corners, and put the new injectors in. I even put oil in it, and set the fuel pressure to the max of my fuel pressure regulator, 55psi. I couldn't set it higher because there is no more thread for the lock nut to thread onto. The laptop was in the house, and I didn't feel like walking in, getting it, coming back outside, and then getting the tune set right. So... I called it a night.

So, tomorrow I'll get the tune squared away, exhaust bolts tightened, and get her on the ground. Maybe even rip on her some.


Eventually I'll test this stuff on a panel to see how it works on a matte finish. VIP
Amazing what I missed while I was away.
We used to use these rubber wheels on a die grinder for easy gasket removal.
Pretty cheap and easy/quick removal with no damage to mating surfaces. 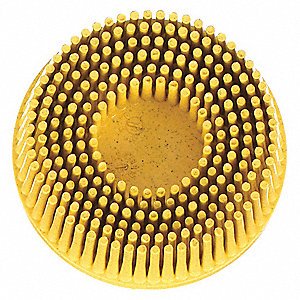 reckedracing said:
Amazing what I missed while I was away.
We used to use these rubber wheels on a die grinder for easy gasket removal.
Pretty cheap and easy/quick removal with no damage to mating surfaces.

Yeah. Bit late in the game to buy one.

I hope to have time to get back into the garage tomorrow and get the bad radiator fan switch replaced, it started, maybe even another oil change, then get it on the street for a little bit to get some fresh gasoline or maybe e85 in it.

Everyone keeps telling me that it's so much easier to tune e85, and I'm wondering if that's true or not. I do want to try it, but I'm not super keen on having to run through a whole tank of it. I've got a flex fuel sensor coming. Apparently people put them in then return line with great ease, and that helps the installation. Then it's a matter of building the Arduino to map the frequency response of the sensor (50 to 150hz) to a 0-5v signal the ECU and code can read and understand. We'll see... I've got the injector size to let me run e85 at up to 350whp, so it's always an option.

Injector spacers installed on the top hats. Now they fit better and I'm not so worried about air leakage. Tune has been compensated for the 75lb/min injectors, and remapped for a 4 bar map sensor.

Oil filter is going to have to wait... I don't think it's a high risk though.

VIP
So, had a slight change of plans for today. Instead of driving the civic to work, I drove the truck. And I got this: So, yeah, I picked this up for $150, and stopped at harbor freight to get an engine stand. The plan is to strip this down to the bare block so I can send it to a machine shop to be bored to 75.5mm and decked. Then, build and port the head, install a clutch, and then swap the whole mess into Maddison all at once.

VIP
Snuck out to the garage for a bit.

This head is in great shape. Much better than my spare.

Almost looks like someone hot tanked it, assembled it, then left it. It did have a machine shop tag on it, so maybe that's exactly what happened? I need to get some longer bolts to get the engine on the stand, @GSRCRXsi didn't have any of the right length in his tool box for me to raid.

VIP
Nice steal! Looks like a trip to Home Depot is in your future

VIP
Yup, I'm gonna head to Lowes here in a bit to get the bolts.

VIP
Took her out for a spin down the street.

Had to stop at the end of the drive way, because apparently the fuel pressure regulator was actually set to like 85lbs. So, yeah, had to fix that.

Got some heat in the engine, then drove about half a mile down the road and turned around to come back. No loud noises, nothing unexpected except I think my MAP sensor is malfunctioning, because I'm not getting any boost on my LCD display, but I am on the mechanical boost gauge.

Gonna go out and do some data logging and see what I can break, lol.

I put 17 miles on her, no major issues except the tune needs a bit of work. It was like 14.0 under boost, even after adding a bunch of fuel, so when I got home I reviewed the data logs and got a new tune made up, and I'll try that one out tomorrow. VTEC maps were so lean I didn't feel comfortable taking it above 5000 rpm. These new Delphi Truck fuel injectors are most definitely worth their salt, I'm actually able to see tiny adjustments to fueling map changes. I can now safely say that you shouldn't buy Chinese fuel injectors -- ever.

It's leaking oil from the turbo drain, I think the 1/2NPT to -10 AN nipple isn't sealing correctly, so I'll pull it out later and add some more teflon tape. It's not a bunch of oil, but enough to be alarmed if I don't take care of it.

It cruises effortlessly at 70mph, and gets to 70 faster than a civic should, lol. So, going to get some more fuel added, more datalogging done, and hopefully get this thing a decent enough tune I can take it up to a reputable tuner a couple hours away.

VIP
Uff. I was going to drive her to work, but she didn't like that. No start.

Looks like I get to unbox that d16y8 distributor I bought in 2007 tonight.

VIP
I replaced the distributor. Looks like the old one was leaking a bit of oil around that seal.


This morning I tried starting it up to drive to work, and still the same thing, all crank and no start. No code this time though, maybe I didn't let it crank long enough to throw any codes?

I'm going to see about tearing into her tonight. *sigh*

VIP
Spark is nice and hot, even with an old fouled plug from my "known good parts but well used" pile. Brilliant white spark at the right interval. I'm going to pull the spark plugs, but I doubt that's the issue, given hot hot the spark is, but oh well, gonna pull them and see -- no stone left unturned, etc.

It has compression, so that leaves fuel.

The fuel pump primes, but I don't know if the injectors are firing. I'll check to ensure they're getting +12v, and if that is good I suppose I'll back probe the injector connectors. I'll test that here in a bit once my daughter goes to sleep.

I'm going to go ahead and swap the old distributor on, with a fresh o-ring because it seems like that's not the issue. I hoped it was an easy fix.


I can't imagine it's anything else. I parked it Saturday and did nothing except fix the oil drain hose and add 1/2qt of oil between then and Sunday, so I dunno what's wrong. I guess I'll start cleaning up grounds again too, maybe use jumper cables to add some temporary grounds as a diagnostic test.

It's the fuel level sender.

Because there's no fuel in the tank.

VIP
glad that was an easy one