Coming Soon to an RSX in My Driveway...

The low beam (outer) reflector bowls have been retrofitted with Morimoto 8.0 bi-xenon projectors and finished with "Iris" style shrouds (clean and simple). I've got a 6K Morimoto HID system to go with the projectors and a relay harness for an easy, plug-and-play install (hopefully). The white pieces running along the bottom edge of the housings are switchback LED strips. They will be combo DRL/ turn signals like all the newer vehicles have, constant white for the DRL and then orange "sequential" blinking when the turn signal is on. These will require a bit of wire splicing, but nothing complicated. Just need to find an ignition-powered 12v source and then tap the turn signal bulb's power and ground.

Should give the car a nice, modern lighting aesthetic while avoiding the "off-the-shelf" cheap ass Ebay aftermarket headlight look. Hopefully I'll be able to install these soon but I have a feeling we're not done with the shitty weather quite yet... 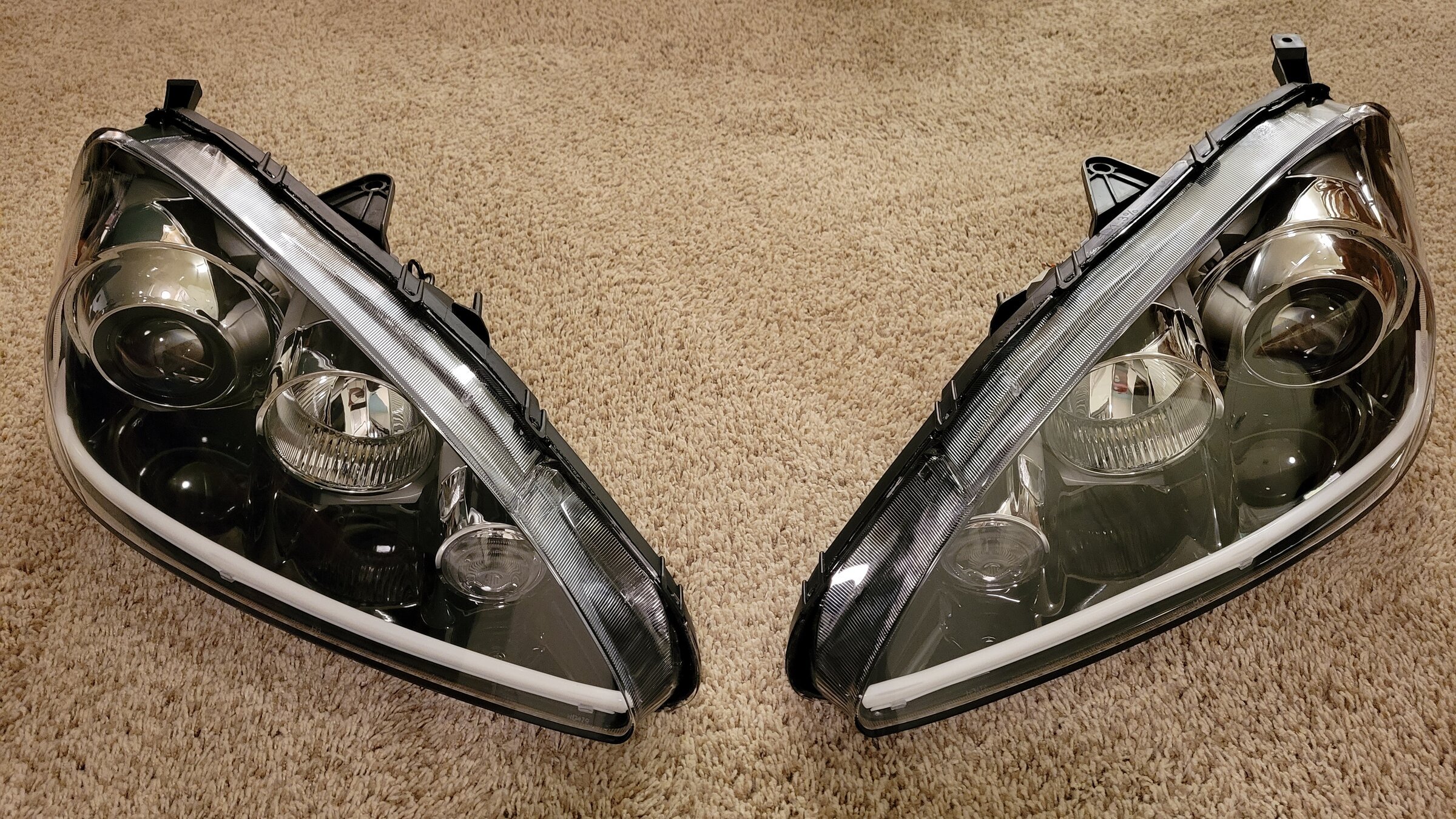 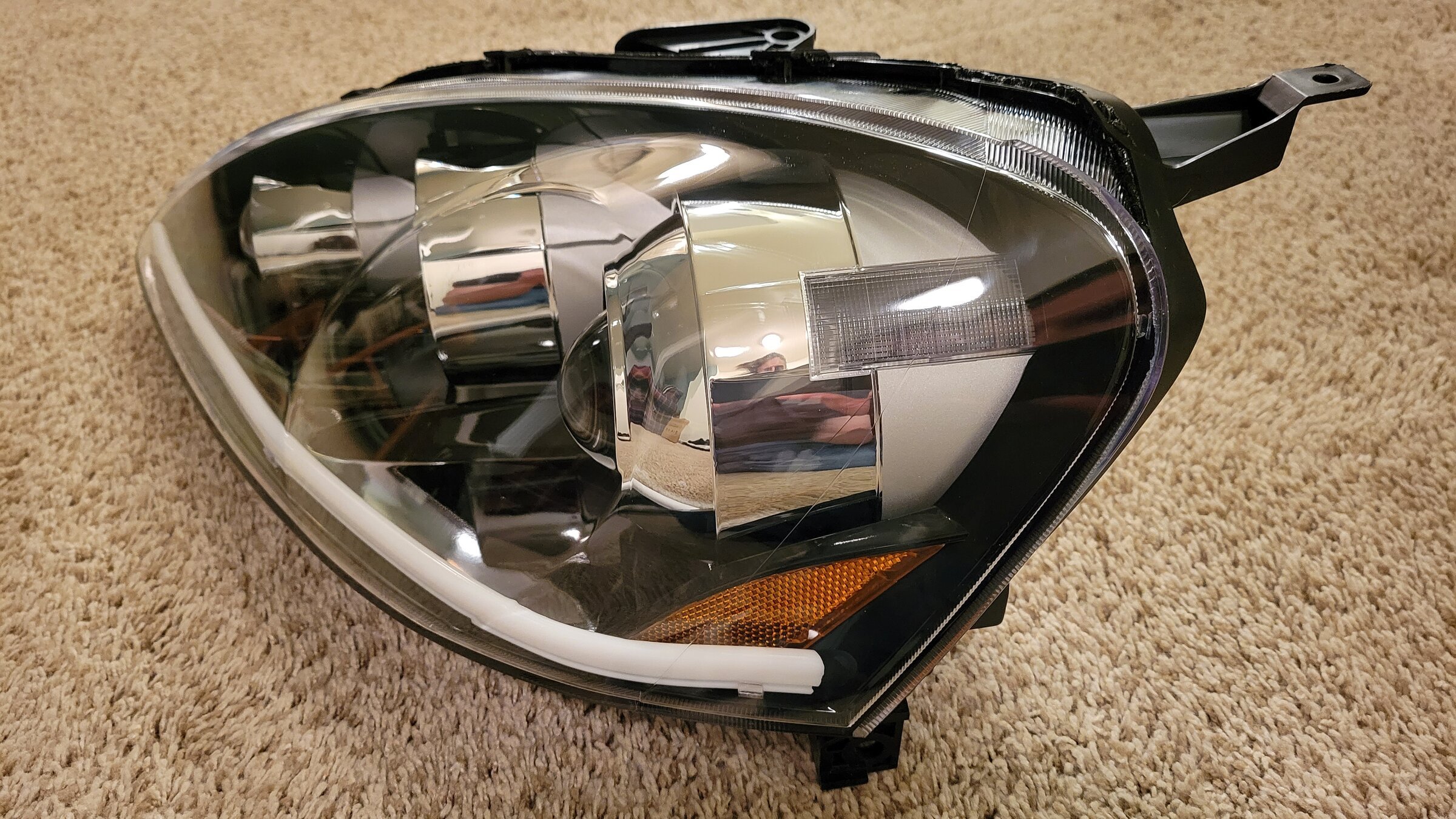 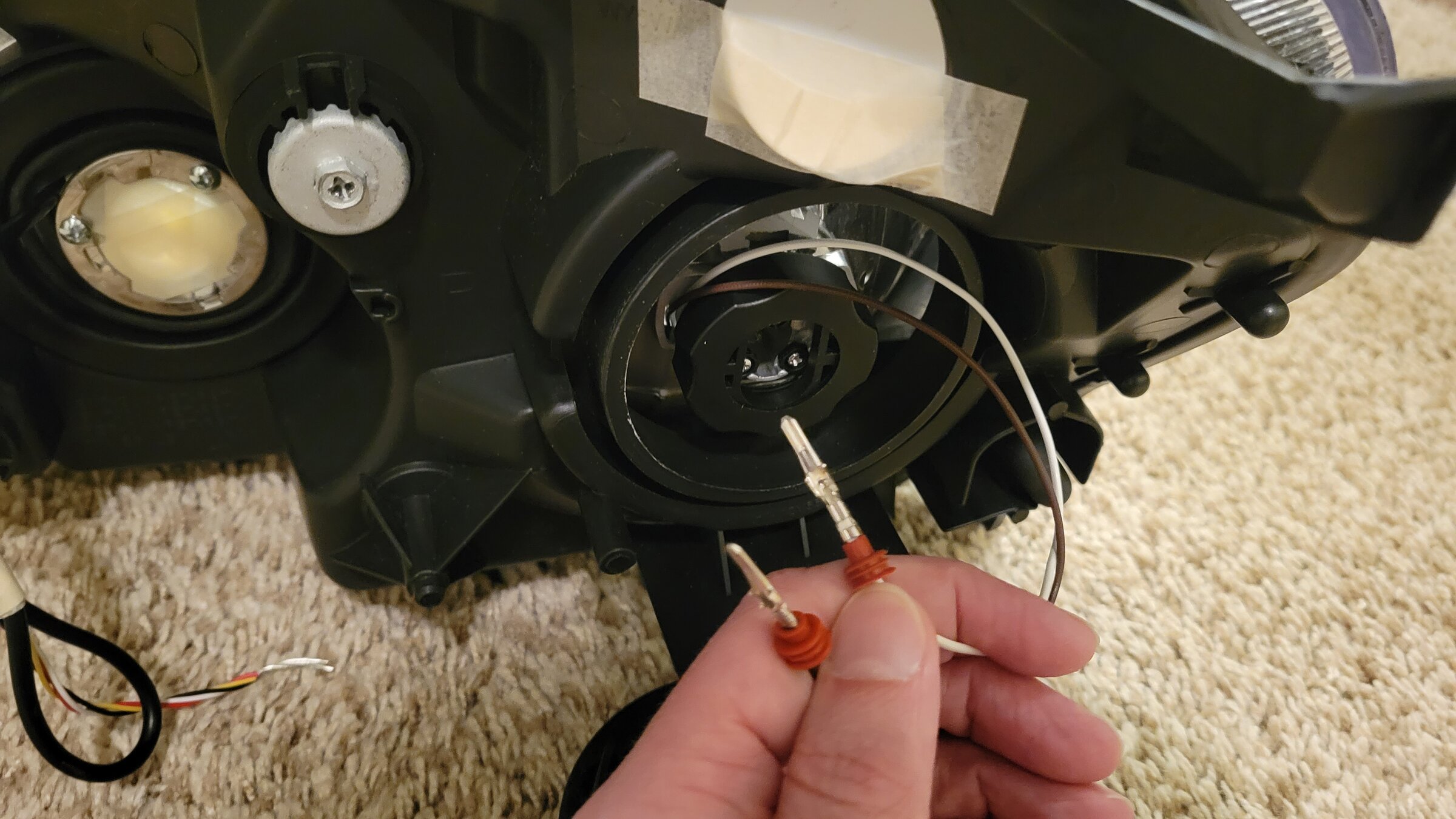 Admin
VIP
Nice! There's no capacitor thinggee? I forget what it's called, but a lot of retrofit hid kits have it.

Briansol said:
Nice! There's no capacitor thinggee? I forget what it's called, but a lot of retrofit hid kits have it.
Click to expand...

Oh, there is. I have everything for a proper install... 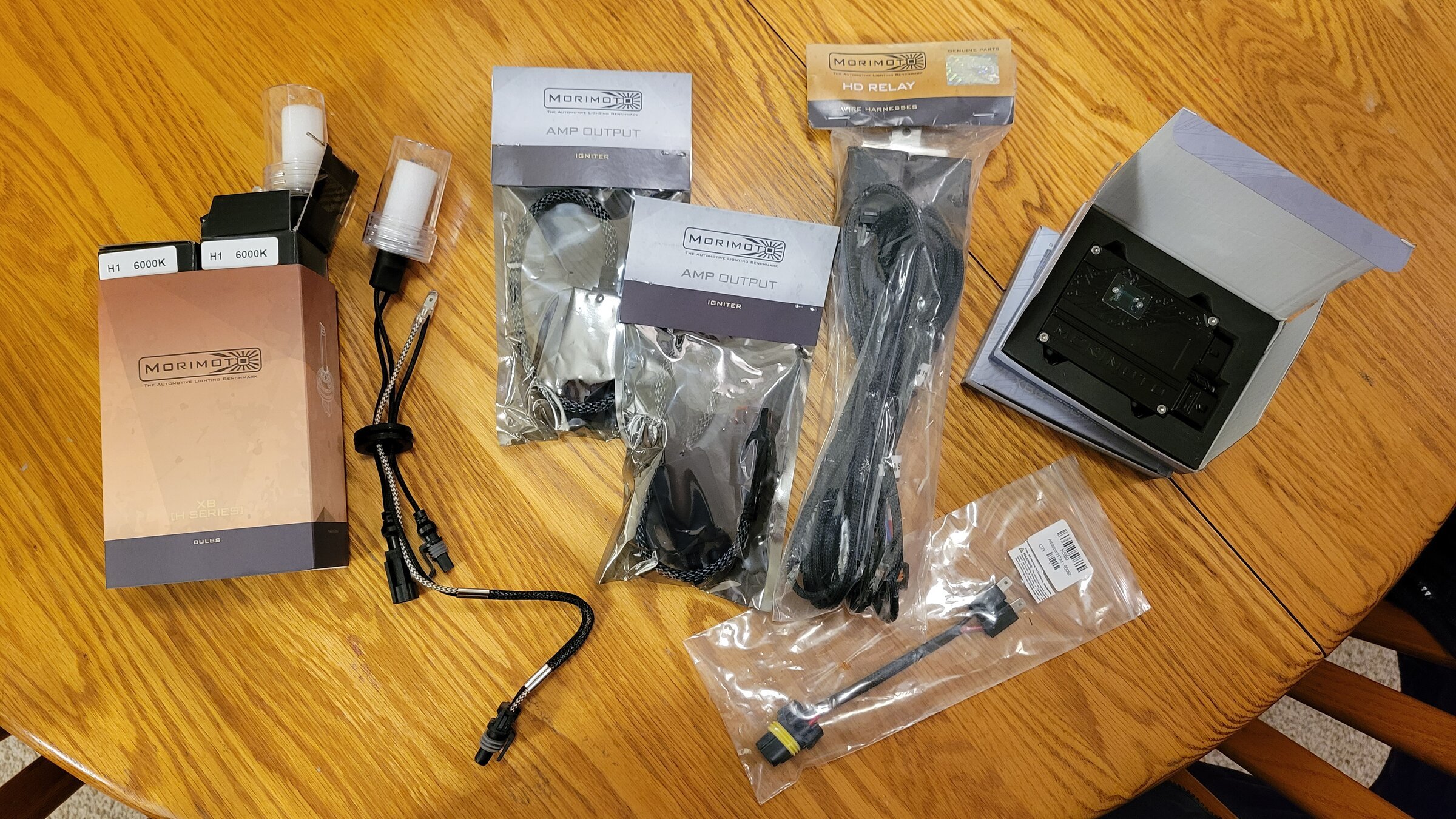 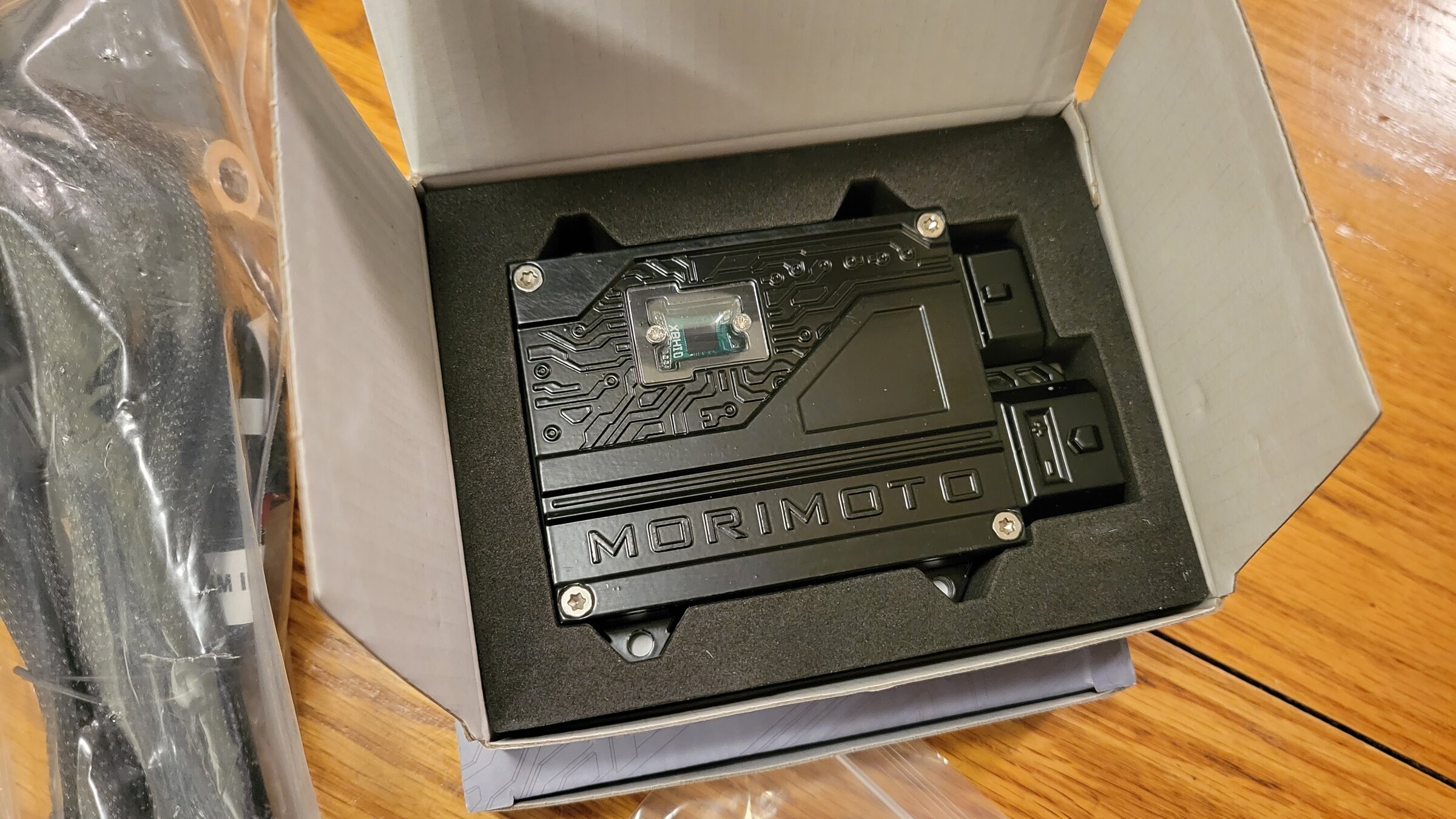 Morimoto's stuff is REALLY nice. Not cheap, but definitely high quality compared to some of the other kits I've seen.

I was also thinking about buying a cheapo HID relay harness from eBay and hacking it up to create a relay harness for the DRL/ turn signal strips. Most people tap the aforementioned parking lights to power switchback accessories, but with a relay I can power them off of the battery and run a trigger wire to the ignition fuse so that the DRL's are always on when the car is running versus being tied to some other lighting circuit.

Moderator
VIP
And on a different note, these arrived yesterday too! 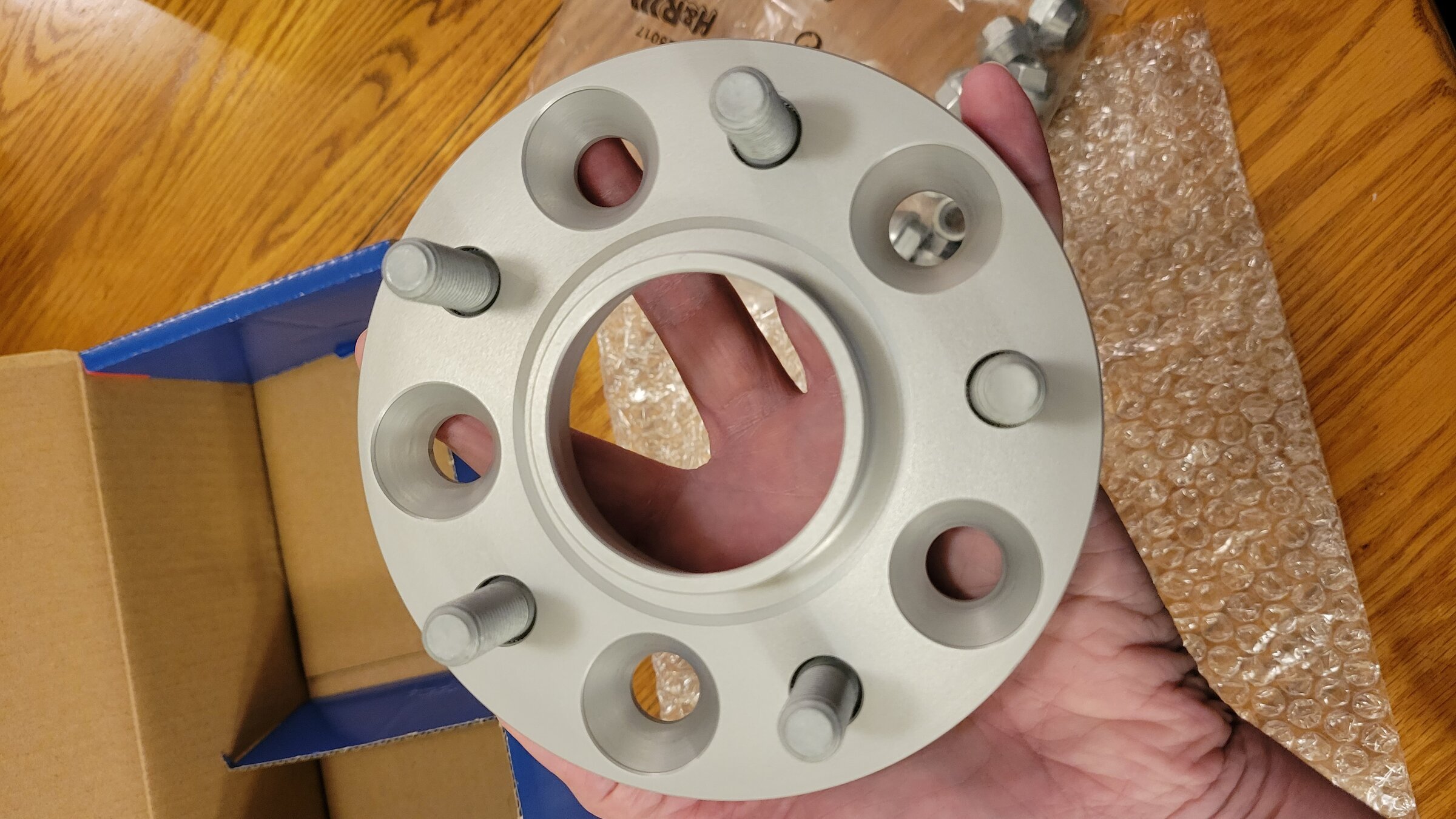 I'm planning on aftermarket wheels eventually, but these will at least make the stocks more flush for now. I'm also looking at upgrading to TL Type-S Brembo calipers and discs, so the extra clearance would be required.

Yep, my plan is to document and do a DIY for a super clean HID install. Just need the weather to improve a bit. Also, I need both of my headlights back! I noticed that one of them had broken mounting tabs (which likely happened in transit), so that one is in transit back to New Jersey to get a new housing put on. 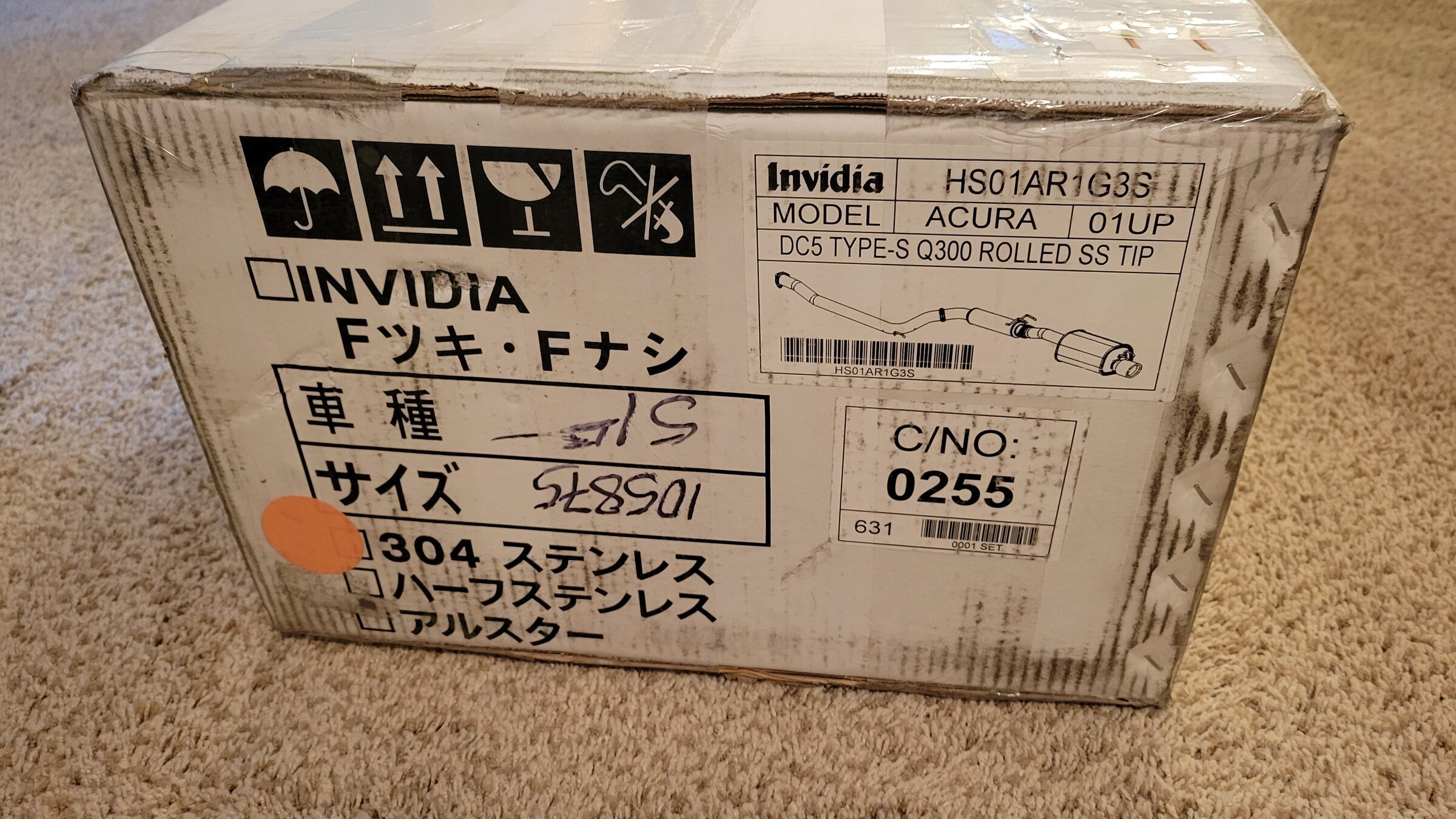 Admin
VIP
nice! overnight from your account at Harry's?

LOL, of course! Picked it up in my red SVT Lightning.

Moderator
VIP
Sweet. Wanna do a proper HID retrofit on the Frontier, so curious to see how yours goes.

Moderator
VIP
So, because apparently I like to piss away money, I actually ordered another set of headlights from a different shop and I'm going to put the other ones up for sale. Probably should have just gone with this guy in the first place since he started out as rsxretrofits.com and he's literally done HUNDREDS of RSX-specific retrofits at this point. I haven't received the lights yet, but here's the finished product:


I decided that the shrouds on the other set were just too plain-looking, so I went with the "Apollo" style shrouds for these to add a bit more style without going overboard on something really gaudy-looking (which some of the available shrouds are). Also, I had them do what's called a passive "demon eye" effect. The inside of the projector is painted red, so it will appear to have a slight reddish tint when not in use. You can also do an active demon eye where the projector is actually lit by a small LED, but I passed on that. Not trying to build a show car here.

Currently I'm gathering various bits and pieces for the install. I'll probably start an official project thread when I actually get started.

EDIT: Wow, I didn't realize we could embed Facebook posts!

Moderator
VIP
Sooo... I haven't updated this for a minute.

I've had regular visits from a male caller recently...

Picked up this race header from PLM (some assembly required): 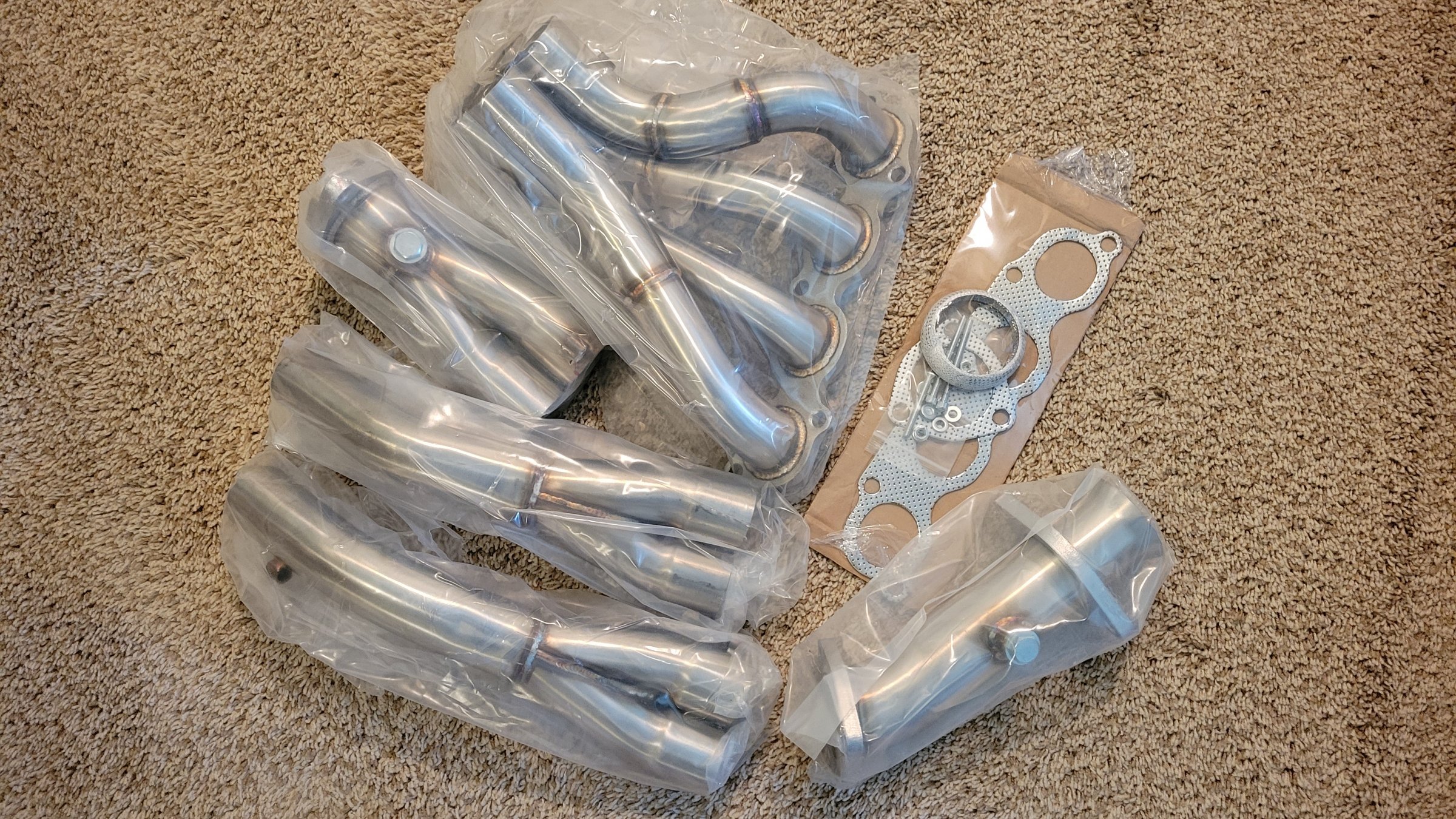 The reviews on this say that it makes great power but fitment can be a bit spotty. We'll see how it goes. Would love to have a nice JDM header (Invidia, Toda, etc.), but it's slim pickings for RSX bros these days. 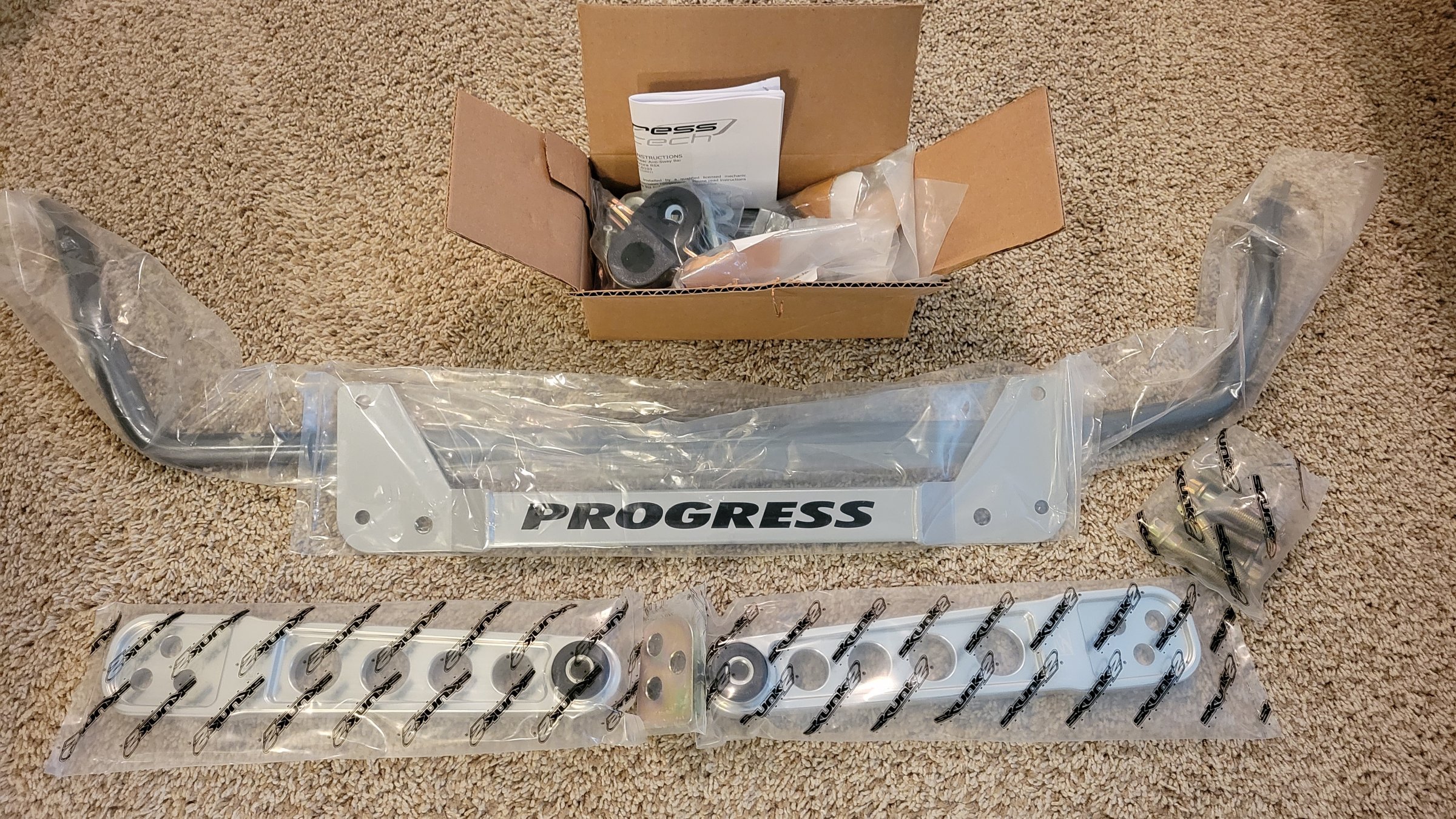 And today's delivery, some nice shiny (and stiff) stuff from the sunny state of Arizona: Thanks! Yeah, I remember your RSX. RIP. It left this world too soon. ☹️

The plan is to get the mounts and header in ASAP and then do a dyno tune just to see where I'm at with I/H/E. Looking towards a supercharger eventually.

I should probably start an actual thread for this car in the auto multimedia section...
R

Great parts that you have here. Have you managed to install the lights?

rettetalk said:
Great parts that you have here. Have you managed to install the lights?
Click to expand...

Thank you. I have not, yet. Still gathering some wiring parts to make everything plug and play. These are remanufactured 4-piston Brembos from an 04-08 TL Type-S. They're powdercoated and modified to fit the DC5 knuckles. I have StopTech rotors, pads, and stainless lines on the way also.

Admin
VIP
nice. Install anything yet? this is turning into the 2nd fastest garage on the site

Moderator
VIP
Ha! Yes, it is going that way. The only thing I've done recently is install the Progress sway bar and brace. Hopefully over the holiday weekend I will get some work done. Just moved in to my new place and I need to get the garage set up and cleaned out.
You must log in or register to reply here.