Admin
VIP
by a Mexican.

The Top 10 Billionaires in the World 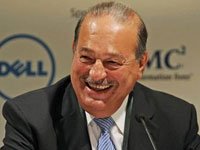 The world's richest person for a second year in a row, the Mexican telecom mogul is also the year's biggest gainer, having added $20.5 billion to his fortune and widened the gap between him and No. 2, Microsoft cofounder Bill Gates, to $18 billion. A 19% rise in the Mexican stock market, a stronger peso, and successful mining and real estate spinoffs from conglomerate Grupo Carso all contributed to the astonishing increase. He also merged his fixed-line telecom company into America Movil, Latin America's largest wireless carrier; the Slim family stake in that holding accounts for 62% of his net worth. He has other holdings in retailer Saks and the New York Times. Recently unveiled a new building for his Soumaya Museum, which houses his vast art collection. It is open to the public for free. 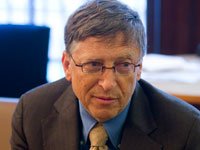 Microsoft mogul, futurist and America's richest person has, with help from billionaire buddy Warren Buffett, convinced nearly 60 of the world's wealthiest to sign his "Giving Pledge," promising to donate the majority of their wealth to charity either during their lifetime or after death. He is no longer the planet's richest person, but that's because he's given away $30 billion to his foundation. The Gates Foundation, the world's most influential charity, tackles tuberculosis and polio and funds famine-resistant crops to fight hunger. He is calling for a higher sense of urgency in AIDS vaccine development and also pushing for better tools to rate teacher performance. Gates holds 70% of his wealth in investment fund Cascade, dabbling in everything from autos to hedge funds to Mexican Coke bottler Femsa; the rest of his wealth is held in Microsoft stock. 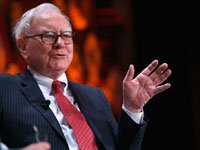 The venerable investor's Berkshire Hathaway climbed more than 15% over the last year, adding $3 billion to his fortune. The 80-year-old is still hunting big deals:

"Our elephant gun has been reloaded, and my trigger finger is itchy." Along with bridge partner Bill Gates, the Oracle of Omaha is coaxing America's richest to pledge half their fortunes to charity. "Too often a vast collection of possessions ends up possessing its owner. The asset I most value, aside from health, is interesting, diverse and long-standing friends." Buffett faked breathing problems when he was 12 so he could move back to Omaha from Washington, D.C., where his father was a freshman congressman. He had read every book about investing in stocks in the Omaha Public Library by the time he was 12. He met value investor Benjamin Graham at Columbia; bought textile firm Berkshire Hathaway in 1965, and transformed it into massive holding company: food, insurance, utilities, industrials. Buffett acquired railroad giant Burlington Northern Santa Fe for $26 billion in 2009. 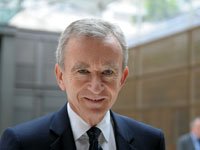 The Lord of Luxe easily retains title of richest European. Fortune surged by $13.5 billion as shares of his luxury goods outfit, LVMH, rose by more than half over the past year thanks to strong demand for luxuries like Dom Perignon champagne, Cognac Hennessy, Tag Heuer watches and Louis Vuitton accessories, particularly in Asian markets like Shanghai and Ho Chi Minh City. The group acquired 20% of Hermes last year; Arnault insists he is a friendly shareholder but Hermes sees it as hostile. In March the Bulgari family transferred its majority holding in its brand to LVMH in exchange for LVMH shares and board seats. LVMH fired Christian Dior designer John Galliano after he apparently made anti-Semitic remarks. Renaissance man also owns yacht builder Royal Van Lent, a hotel in Courchevel; has stakes in French retailer Carrefour and French tour operator Go Voyages. 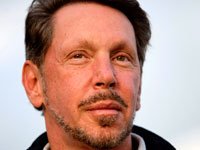 The Oracle chief sits atop a fortune that is $11.5 billion bigger than last year thanks to a 30% jump in the software company's shares. In November Oracle won a mud-slinging copyright infringement court battle against German software rival SAP worth $1.3 billion. SAP is contesting the outcome. Oracle has acquired 75 companies over the years worth $40 billion, and figured out a way to turn a profit on its latest big buy, Sun Microsystems, in 2010. One of the highest-paid executives in the U.S., Ellison reaped $960 million in compensation in the past five fiscal years, mostly from exercising stock options; he recently cut his salary to $1. An avid yachtsman, Ellison spent a decade and over $100 million on his quest for the America's Cup, which he finally won in February 2010, beating Swiss rival (and billionaire) Ernesto Bertarelli. He is bringing the America's Cup to San Francisco in 2013. Intends to give 95% of wealth to charity. 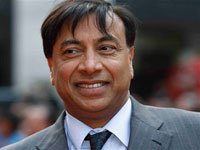 Net profits at his ArcelorMittal, world's largest steelmaker, were up 18-fold to $2.9 billion in 2010 due to recovery in steel demand and higher margins. Group spun off its stainless steel unit into Aperam, a new listed company, and also acquired Canadian miner Baffinland Iron Mines. Funding a 377-foot sculpture called ArcelorMittal Orbit in London's Olympic Park for the 2012 Olympics. Europe's richest resident who lives in London, he bought Alderbrook Park, a 340-acre country estate outside of the city, where he plans to build an eco-friendly country mansion for a reported $40 million. Daughter Vanisha acquired stake in Roc Capital Management, a New York hedge fund. Daughter-in-law Megha owns German fashion house Escada. 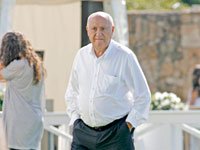 Amancio Ortega stepped down as chairman of Inditex, the $15.8 billion (sales) fashion company, in January; he still gets 87% of his fortune from his stake in the publicly traded firm. The company, which operates under several brand names including Zara, Massimo Dutti and Stradivarius, has 5,000 stores in 77 countries.

Ortega also owns properties in Florida, Madrid, London and Lisbon, a horse-jumping circuit, a stake in a soccer league; and has interests in gas, tourism and banks. Railway worker's son, he started as a gofer in a shirt store. With then-wife Rosalia Mera, also a billionaire, started making dressing gowns and lingerie in living room. Daughter Marta works for Inditex. 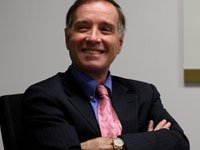 Brazil's richest man is gearing up to take over the world. Making a play for foreign investors, Batista announced this year the opening of an office in New York and his intention to list some of his companies on the London Stock Exchange. Through his holding company, EBX, Batista controls businesses spanning mining, shipbuilding, energy, logistics, tourism and entertainment. After months of discussions, he was triumphant in February in taking control of Canadian gold outfit Ventana. Two-thirds of his fortune comes from OGX, the oil and gas exploration company he founded in 2007 and took public a year later. He says the company will start producing oil this year. In rare recent setback, his planned IPO for his shipbuilding business (OSX), meant to be the world's largest IPO in 2010, was a disappointment and has had a lukewarm reception in the Brazilian market. The son of Brazil's revered former mining minister, who presided over mining giant Companhia Vale do Rio Doce, got his start in gold trading and mining. Onetime champion offshore powerboat racer; formerly married to Playboy cover girl. In media interviews he's been warning Carlos Slim HelÃº that he'll soon take his spot as the world's richest man, but he still has a ways to go. 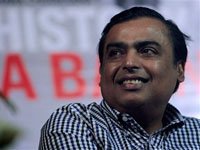 His oil and gas conglomerate Reliance Industries, India's most valuable company, just forged a partnership with BP, selling 30% stake in 23 oil blocks in India for $7.2 billion and forming a marketing joint venture. The deal is being touted as one of biggest foreign investments in India. He's also betting on shale gas, having bought stakes in three American energy firms for $3.3 billion last year. He and wife Nita host parties at their recently completed 27-story sky palace in Mumbai, but have yet to move in permanently. 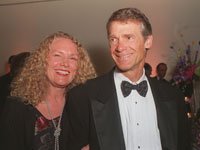 Widow of John Walton inherited her wealth after the former Green Beret and Vietnam War medic died in an airplane accident near his home in Wyoming in 2005. Now world's richest woman, she got an extra bump in her fortune because of her late husband's early investment in First Solar; shares up nearly 500% since 2006 initial public offering. But bulk still comes from her holdings in Wal-Mart, the retailer founded by her father-in-law Sam Walton and his brother James in 1962. Today Wal-Mart has sales of $405 billion, and employs more than 2.1 million people. The philanthropist supports museums, education and organic gardening.

Click here to see the full list of The Richest People in the World​
Last edited: Mar 10, 2011

Carlos Slim had him beat last year too. but his money isn't legit. actually, far from it. Everything from anti-trust to monopolies. Mexicans HATE Carlos slim.

Mubarak from Egypt has more money too, it's just not accounted for.

It's really sad... If all of these guys took what they were worth and put it towards the US debt it wouldn't even be close.. 405Bils. I'm tired of hearing how rich this country is and half of these people aren't even US citizens.

Admin
VIP
We are one of the POOREST nations. period.

pull everyone the F out of everywhere. Why the fuck are we in germany? waste of money.

B said:
We are one of the POOREST nations. period.

pull everyone the F out of everywhere. Why the fuck are we in germany? waste of money.
Click to expand...

Exactly. I just don't think people realize how fucking much 15T is.. and climbing

The Obama administration is hoping that 15T is too big to fail.

How can something fail if its impossible to conceive?

Moderator
VIP
... and were not planning on paying it back, so who gives a shit, right?

VIP
They have phones in Mexico??

VIP
i think next year sometime the US will no longer be able to afford the interest payments alone on its debt
aka, we default on our loans, the dollar collapses, and the world as we know it is over
$1000 for a loaf of bread type shit

VIP
Gonna have to fire up the printing presses again and send some to Japan now too.
You must log in or register to reply here.