Tell me what you think

VIP
It seems like they wanted to make an example out of someone and because he was a respected member of his community he was chosen to go down. That really sucks though, it seems like the Gov was in the complete wrong and dosnt want to admit it. I could really see him spending the rest of his life trying to get out which is incredibly sad. Hopefully he will get the justice that he deserves.
P

Staff member
i think i have no idea WTF the site is about.

WHAT am i looking at.

WHY should I free him?

WHAT did he do?


none of that is answered on the home page, and i lost interest.

^ I agree, besides figuring out that he was somehow mixed up in a shoot-out, I couldnt figure out what the exact story is.
G

Leonard Peltier is an imprisoned Native American considered by Amnesty International, the Southern Christian Leadership Conference, National Congress of American Indians, the Robert F. Kennedy Memorial Center for Human Rights, Archbishop Desmond Tutu and Rev. Jesse Jackson, amongst many others, to be a political prisoner who should be immediately released.

Leonard Peltier was convicted for the deaths of two FBI agents who died during a 1975 shoot-out on the Pine Ridge Indian Reservation. Mr. Peltier has been in prison for 27 years.

The Wounded Knee occupation of 1973 marked the beginning of a three-year period of heightened political violence on the Pine Ridge Indian Reservation. The tribal chairman hired vigilantes, self titled as "GOONS," to rid the reservation of American Indian Movement (AIM) activity and sentiment. More than 60 traditional tribal members and AIM members were murdered and scores more were assaulted. Evidence indicated GOON responsibility in the majority of crimes but despite a large FBI presence, nothing was done to stop the violence. The FBI supplied the GOONS with intelligence on AIM members and looked away as GOONS committed crimes. One former GOON member reported that the FBI supplied him with armor piercing ammunition.

Leonard Peltier was a talented AIM organizer in the Northwest and was asked by traditional people at Pine Ridge, South Dakota to go to Pine Ridge to support and protect the people being targeted for violence. Mr. Peltier and a small group of young AIM members set up camp on a ranch owned by the traditional Jumping Bull family.

On June 26, 1975 two FBI agents in unmarked cars followed a pickup onto the Jumping Bull ranch. The families immediately became alarmed and feared an attack. Shots were heard and a shoot-out erupted. More than 150 agents, GOON's, and law enforcement surrounded the ranch.

According to FBI documents, more than 40 Native Americans participated in the gunfight, but only AIM members Bob Robideau, Darrell Butler, and Leonard Peltier were brought to trial.

Mr. Robideau and Mr. Butler were arrested first and went to trial. A federal jury in Iowa acquitted them on grounds of self-defense, finding that their participation in the shoot-out was justified given the climate of fear that existed. Further, they could not be tied to the close range shootings.

Leonard Peltier was arrested in Canada. The U.S. presented the Canadian court with affidavits signed by Myrtle Poor Bear who said she was Mr. Peltier's girlfriend and she saw him shoot the agents. In fact Ms. Poor Bear had never met Mr. Peltier and was not present during the shoot-out. Soon after, Ms. Poor Bear recanted her statements and said the FBI terrorized her and coerced her into signing the affidavits.

Mr. Peltier was returned to the U.S. where his case was mysteriously transferred from the judge who tried his co-defendants to a more conservative federal judge in North Dakota. Key witnesses like Myrtle Poor Bear were not allowed to testify and unlike the Robideau/Butler trial in Iowa, evidence regarding violence on Pine Ridge was severely restricted.

Three teenaged Native witnesses testified against Mr. Peltier, all admitting later that the FBI terrorized them and forced them to testify. Still, not one witness identified Mr. Peltier as the shooter.

The U.S. Attorney prosecuting the case emphatically stated that they had given the defense all FBI documents. To the contrary, more than 18,000 had been withheld in their entirety.

Following the discovery of new evidence obtained through a Freedom of Information Act lawsuit, Mr. Peltier demanded a new trial. The Eighth Circuit ruled, "There is a possibility that the jury would have acquitted Leonard Peltier had the records and data improperly withheld from the defense been available to him in order to better exploit and reinforce the inconsistencies casting strong doubts upon the government's case." Yet, the court denied Mr. Peltier a new trial.

Mr. Peltier has served 27 years in prison and is long overdue for parole. He has received several human rights awards for his good deeds from behind bars which include annual gift drives for the children of Pine Ridge, fund raisers for battered women's shelters and donations of his paintings to Native American recovery programs. However, the parole commission will not release him unless he admits to a crime he did not commit.

Recently, Mr. Peltier's attorneys filed a new round of Freedom of Information Act requests with FBI Headquarters and various FBI field offices in an attempt to secure the release of additional documents concerning Mr. Peltier. Although the FBI has engaged in a number of dilatory tactics in order to avoid the processing of these requests, 30,000 additional FOIA documents were released in June 2002. Previously, according to the FBI, more than 6,000 full documents remain undisclosed. The 30,000 documents released in 2002 reveal the FBI's prior estimate to be a significant undercount of actual documents still withheld. Currently, FOIA requests submitted to 30 FBI field offices around the country are pending. Similar FOIA requests have been submitted to the CIA. More dilatory responses following the recent requests have resulted in FOIA Complaints filed by Peltier's attorneys against the FBI, CIA and the Executive Office of United States Attorneys.

The FBI has disseminated false and inflammatory statements to members of the U.S. Congress, the Department of Justice, the White House, and the public, thus denying Mr. Peltier his right to fair clemency and parole reviews and Congressional oversight. Despite repeated calls for Congressional hearings by the U.S. Civil Rights Commission, Amnesty International, and individual members of Congress, no Congressional committee has yet had the courage to provide a forum by which to air the truth and bring closure to this case.

Of course that may be a bit biased coming from his website, but i don't think that Peltier has been given a fair shake. I think that the fbi wanted somebody to blame for the deaths of their agents and Peltier got stuck with it. I mean when Clinton was even considering a pardon a few hundred fbi agents decided to protest at the white house.

VIP
I know who Peltier is and that site does suck. Just like B said "what am I looking at?" is the general feeling from teh home page, he should fire the designer.
M

yeah i looked for about a minuute, gathered what a could from the gazillion links and said fuck it lol

I've been an active part in the "Free Leonard Peltier" movements for years now. And yes, his case is one of big government just making an example out of him. You can call the warden, she'll speak to you about it. She gets calls from the Native American interests to much that she's on a first-name basis.

You guys might not believe this but the site wasn't built with the intention of entertainng you. I think guy has the right idea here... you have to read it. 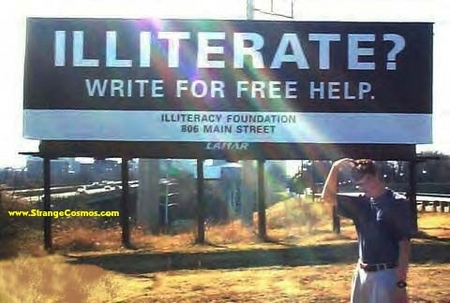 I mean come on this guy has been imprissioned, quite possibly unjustly, for 27 years and all you can say is their website wasn't built to your standards? I think you might have missed the point.... <_<

Originally posted by Silverchild79@Aug 6 2005, 05:22 PM
You guys might not believe this but the site wasn't built with the intention of entertainng you.

I mean come on this guy has been imprissioned, quite possibly unjustly, for 27 years and all you can say is their website wasn't built to your standards? I think you might have missed the point.... <_<

S
I think you are missing the point. The site sucks. I don't think anyone was looking for a funny video clip or some shit, but maybe a cohesive idea of what the site is about on the fucking HOME page.

Something that would actually compel you to look through the site and find out more info instead of a bunch of jumbled links to articles and eveidence that you don't know what it's for.

Other than "The Case of Leonard Peltier : Natice American Political Prisoner", There is nothing to let you know what you're looking at.

Maybe something like "27 years ago Leonard Peltier was wrongfully imprisoned for the murder of two FBI agents during a shoot out on Jumping Bull Ranch", or something.

Would be a better front page http://www.freepeltier.org/peltier_faq.htm