Can I put a D series tranny on a B block?

Questions are often asked about mixing and matching Engine and Transmission combinations. 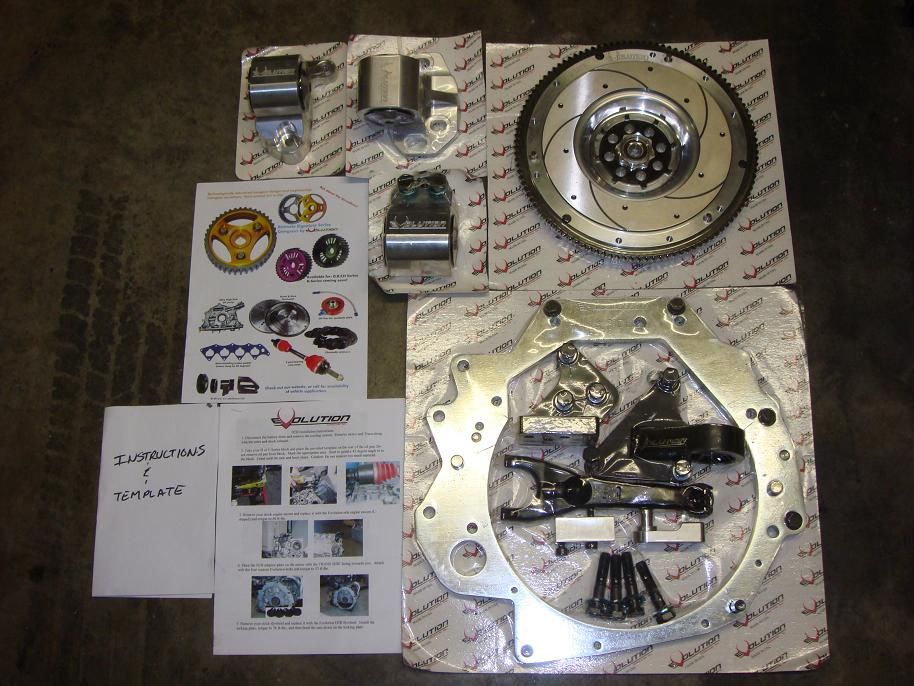 a wonderful engineering design
In general, you can adapt just about any transmission onto an engine that rotates in the same direction give the right measurements and clutch or torque converter setup. Someone may tell you that a combo is impossible, but it really just means that the setup isn't easy or hasn't been done as a kit you can buy yet. Just look to the numerous Chevy small block and Volkswagen setups out in the modding community.

Older Honda engines- D, B, H and F blocks (front wheel drive) all rotate in reverse- at least in the wrong direction to bolt up to what is considered the standard direction in most automotive engines on the market. Looking from the flywheel side (exterior view) of the engine, these Honda blocks rotate clockwise. Most engines rotate counterclockwise when viewed from the flywheel side. K-series and the s2000's F20/F22C rotate in 'normal' fashion which means even if an adapter were to exist, you would have 5 or 6 gears of reverse on a B2K set up, which probably isn't what you're looking for.
Last edited: Apr 7, 2010
Click to expand...