Getting back into detailing and paint correction.

Moderator
VIP
Well, i'll start by acknowledging that my pictures suck. need to work on improving that.

But, Right before losing my job I had a friend come to me asking if i would be interested in detailing a car for a friend of his. I told him i would think on it and get back. I've been wanting to get back into detailing cars, one of the few jobs I actually enjoyed doing previously. so, the timing was pretty perfect.
I gave him a cheap price, mainly just wanting to cover most of the cost of a new DA buffer. He accepted.

2002 Acura TL Type S.
113k on the clock.
was in much better shape than i expected. Car was garage kept the first half of its life. there were only two spots of clear coat failure. and it was early failure. clear was still there, just faded badly. wouldnt buff out a lot. but, chose to just leave it instead of doing some wet sanding and fully exposing the paint. told him when it does spread/flake, then we can go over some options then.

the hood and front bumper have both been repainted. the hood wasnt a great job. lots of sanding marks under the paint, and obvious spot of bondo in the center. cheap, hard paint too.

had a nice scratch right in the center of the hood. 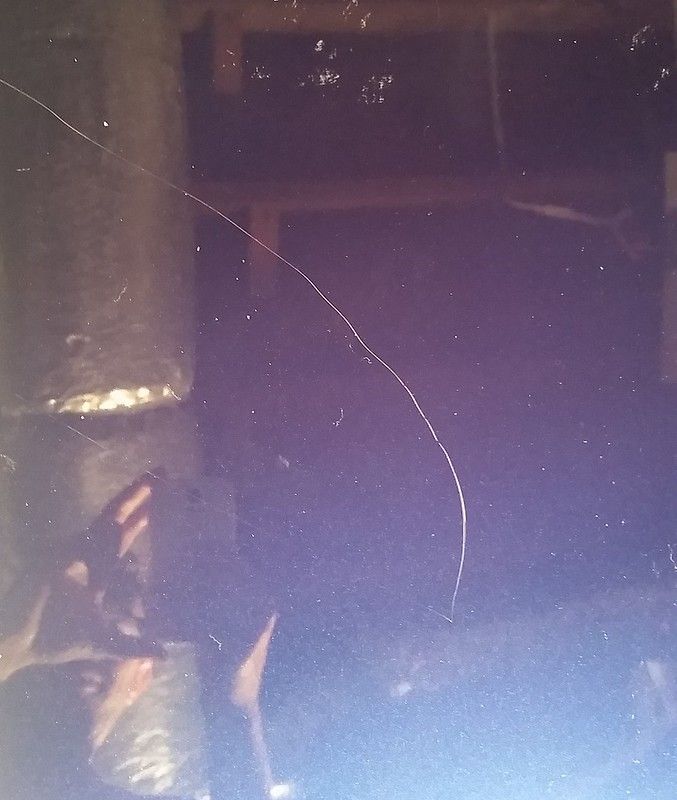 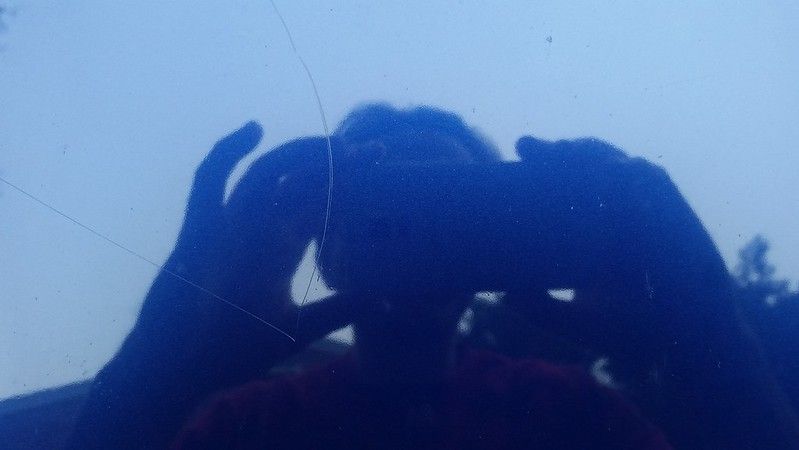 a couple half and half shots of the polishing. these are mainly from the roof, being that it was by far the worst part. 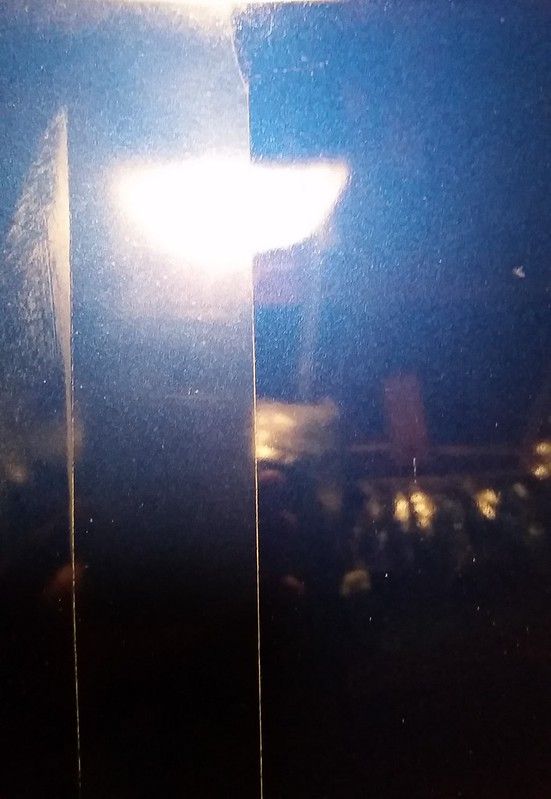 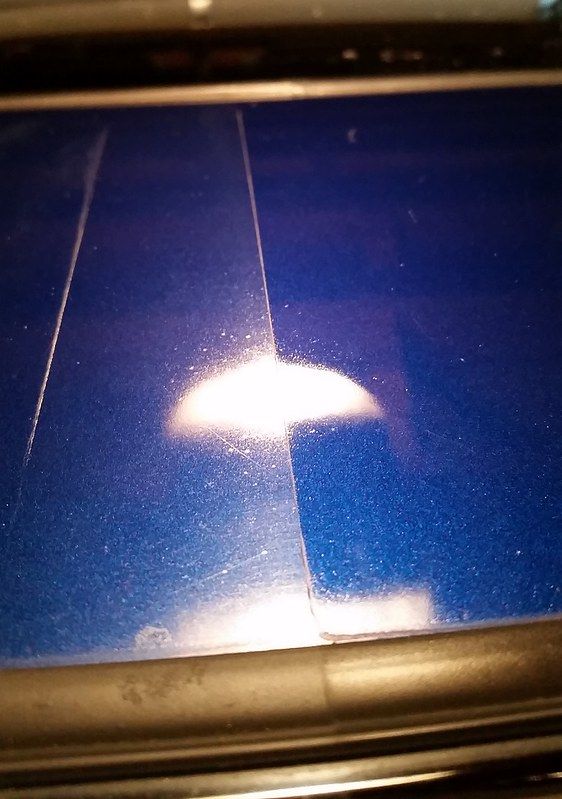 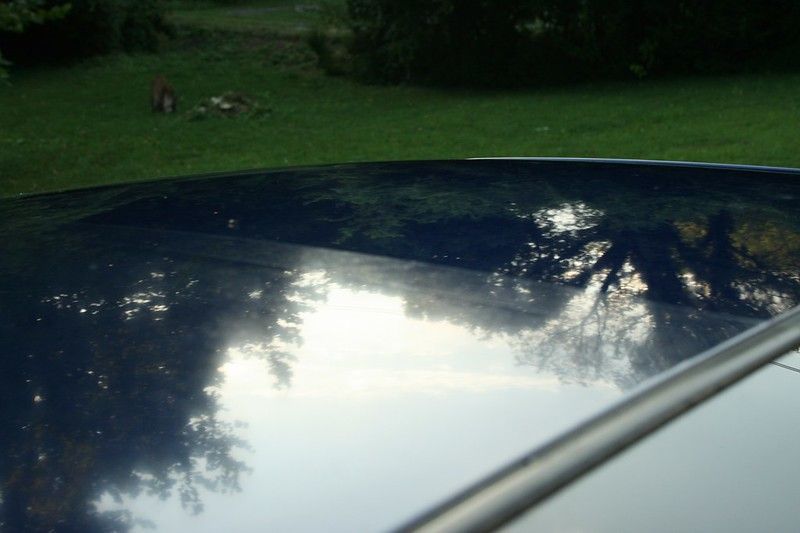 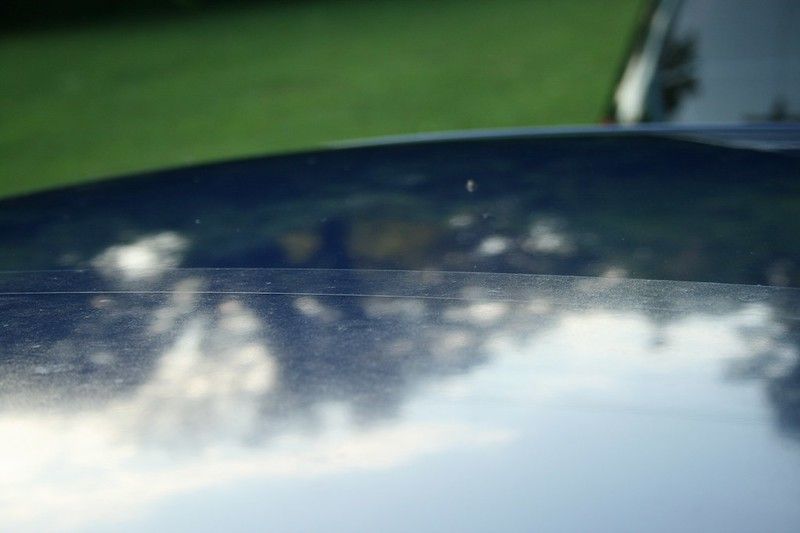 and heres the hood after buffing and polishing. 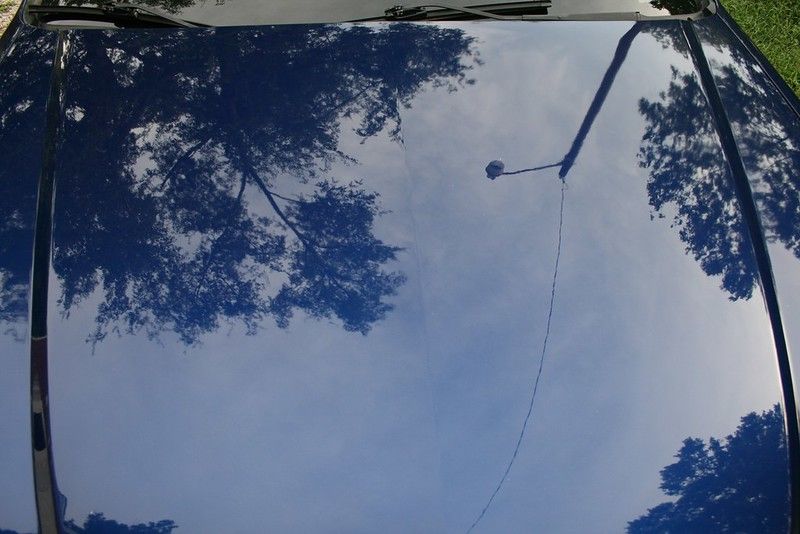 the scratch is still visible if you know it was there and bent down close enough to look for it. but, from standing height it wasnt visible.

after shot of the roof: 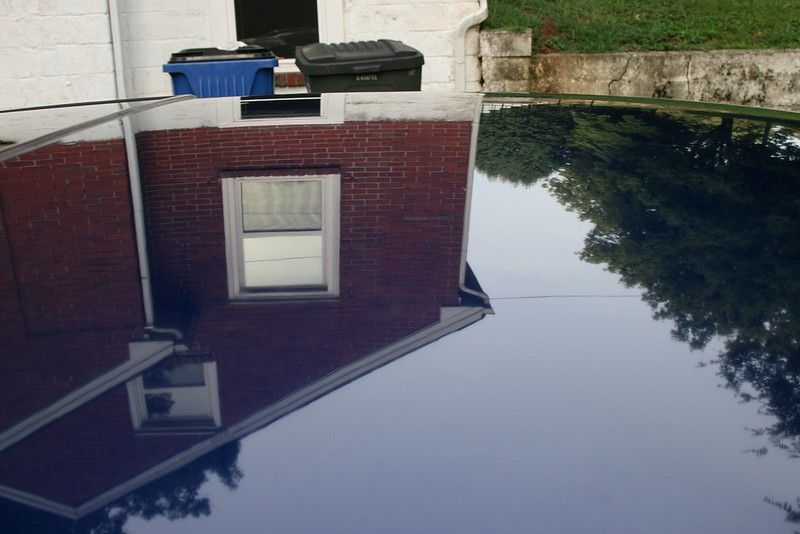 outside of the car after finished. 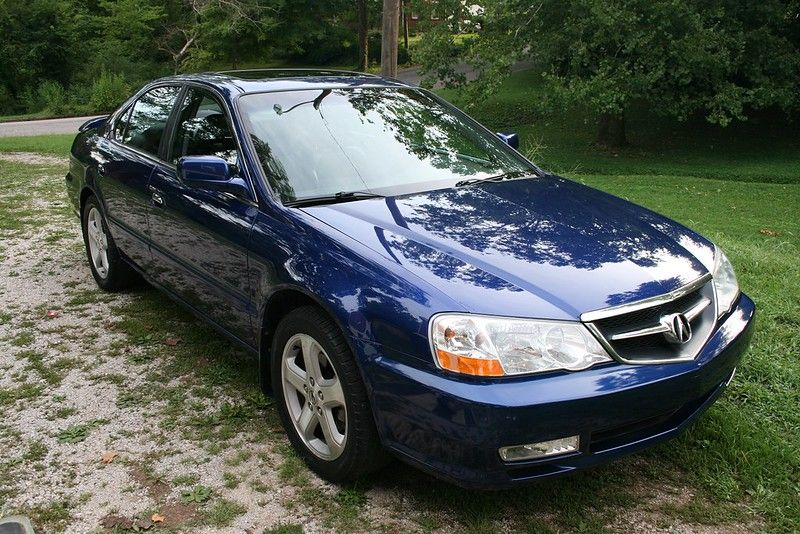 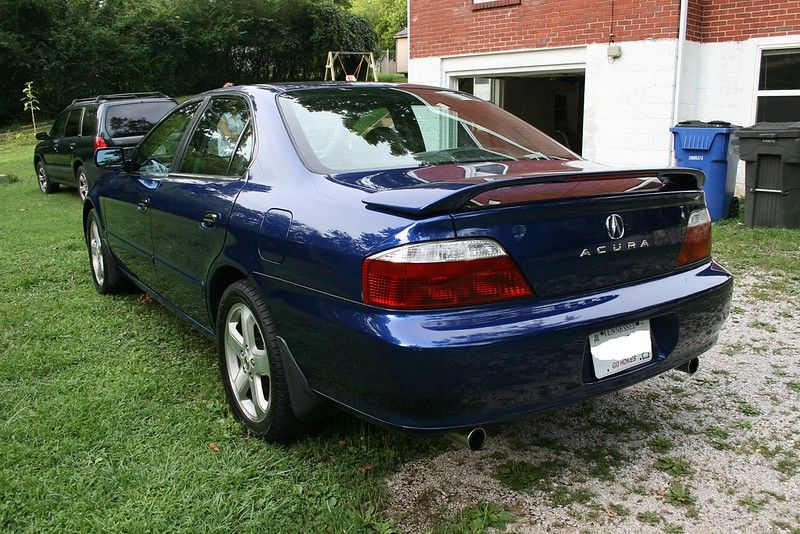 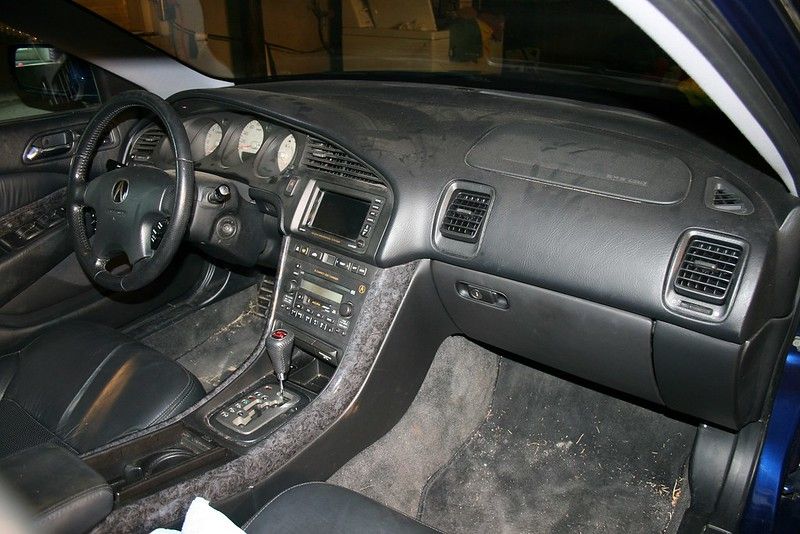 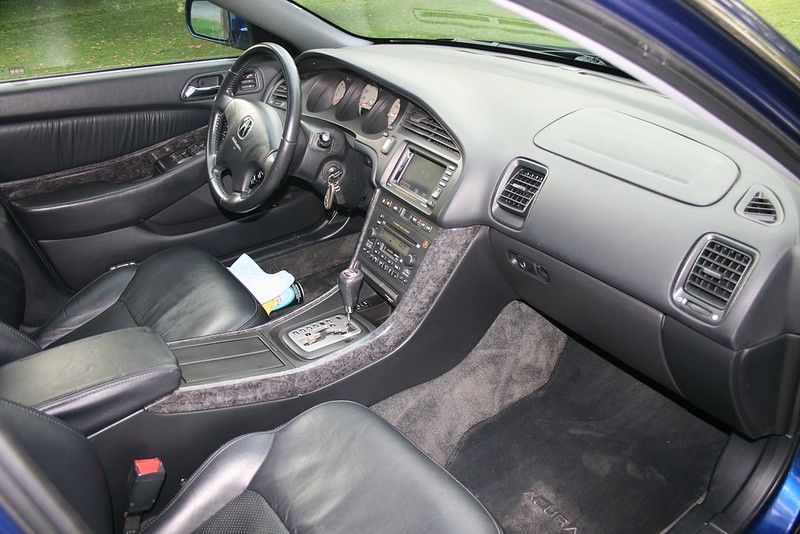 it wasnt terrible inside the car. apparently, he had kept it completely kid free until about a year or two ago. so minimal wear on the back seat area. so i cleaned it up, shampooed the carpet (despite my footprints visible in the photo) and cleaned/conditioned the leather.


so, first step back into detailing, and i know i missed some things, so it was a good refresher. also tried a couple new products that i will be trashing before doing another car. the tire shine i had was terrible. thick gel that would spray, or spread well at all. just kind of sat there not making the tires look much different.

also, anybody know anything about posting pictures here from flickr? i tried all of the links that they offer in the share image box but none of the embedded the pictures. had to copy/past it, then copy the actual link from that, then delete the rest and then put that link into the image box on here. annoying ass process. might just have to find another site to host on.

Moderator
VIP
Looks really good, wish you were closer to detail my truck.

Not to thread jack but does anyone know of a good wheel cleaner for polished aluminum wheels? Nothing seems to be working anymore.

could give the p21s a try. no personal experience to give from it, but has been recommended to me. i will be ordering some when i book another car.

might be time to get down there and give it some good old elbow grease with a polish mixed in.

Moderator
VIP
Looks like good work! I need to get this done to my RSX. 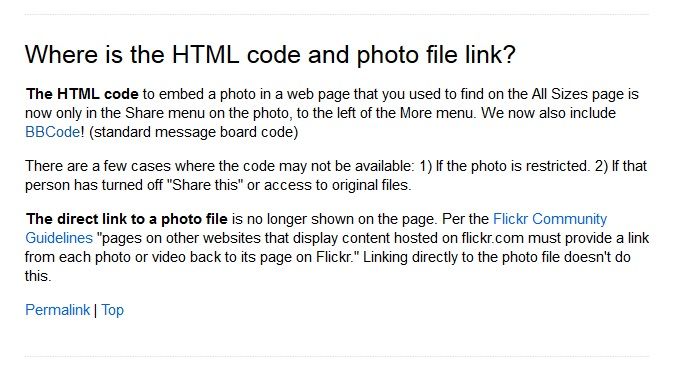 Admin
VIP
or, use the gallery that everyone begged me for and still hasn't used once since i put it up :/
https://hondaswap.com/media/

Admin
VIP
And if you do a north tour, genny could always use some work

Moderator
VIP
lol. maybe i will just pack up my detail tools and use that to tour the country.

i'll host them here for the future. just didnt know if you still had the limits you used to. i remember at one point you didnt want everybody hosting a lot of stuff here.

Admin
VIP
We have plenty of space and bandwidth.

VIP
What products are you using @invisibledemon ?

invisibledemon said:
lol. maybe i will just pack up my detail tools and use that to tour the country.

i'll host them here for the future. just didnt know if you still had the limits you used to. i remember at one point you didnt want everybody hosting a lot of stuff here.
Click to expand...

Yeah, if you make it up to Michigan, let me know. I'd be happy to pay you to do this over somebody I don't know.

Or maybe I can head down to Indiana and you can get 2000si and myself in the same stop. Although, I don't know if he has anything needing detailing...

|Chaz| said:
What products are you using @invisibledemon ?
Click to expand...

currently im mainly using meguiars.
i have a makita high speed rotary buffer (scratches and sanding marks)
and i just bought a flex 3401 (pricey as shit, but an awesome machine)
and meguiars pads with mequiars compounds.
various stuff for the inside vinyl, leather, carpets etc. and invisible glass.

will be trying some lake country pads soon and other brands of compounds too.

got some business cards ordered should be here next week to start handing out. and know a guy here that has a landscaping company with a big shop (not in the greatest area but good building) that said i could just use when i needed it and pay him on a per day type basis instead of renting by the month. so, that was an awesome thing to be offered. hes lived in my town his whole life, knows everybody. so i asked if he knew anybody that had a place that might be willing to rent me a bay. he said instead of paying monthly, i should find a place that would just let me pay when needed. then offered his space.

Moderator
VIP
That seems like a sweet offer, just make sure its clean in there so you don't track dirt into the car.

Moderator
VIP
yeah. i went and checked it out.
for a landscaping company, its pretty damn clean inside.
the outside looks a little rough, old building, been used as multiple shops. used to rent it out, but now uses it himself.
but, the floors been epoxied and he keeps it in pretty decent order. so, def going to take him up on the offer. gotta talk pricing with him. hes a pretty fair dude, so im sure we can work something out. id be able to give him a couple days notice of when i would need to use it, and its pretty much empty all day while theyre out working.

Moderator
VIP
It's getting started. Slow process. I will post some pics later from this past week. Friday I did an outside only paint correction on a friends black cobalt. Sat I did a detail on a guys 66 crown imperial. And Monday a single stage polish and full detail on a 06 Mazda 6. The owner had forgotten it had metal flake in the paint lol.

VIP
Nice work man. I used to detail too but it was to competitive to do as a side work. I was only getting 2-3 cars a month just with Craigslist ads and it wasn't worth it. i was hoping to do 10 cars a month. Ended up selling all my stuff.

I got all my products from DetailKing.com

VIP
Are you trying to turn this into a job or just a part time gig/hobby?

If job, CL alone won't get you business.

(this is all assuming you have your business license and insurance)

Moderator
VIP
more of just a side business type deal. something to help while going to school. if i can get 1 good job per week i would be more than happy.
i have cards, will probably just make a facebook page or something, havnt looked into a website as of yet. but, just something i like doing and hope to make a little extra money with.
You must log in or register to reply here.

T
Honda Accord 2007. Help with engine cranking but not starting