Admin
VIP
So as you may have seen in the other thread, I moved not too long ago and have been setting up my basement man cave. The internet router/access point (comcast) is in my office in an upstairs bedroom. I hard-wire my old pc, mostly because it doesn't have wifi but I also like having all the office crap in the office. I think it's the Xfi stuff (new as of october this past fall) 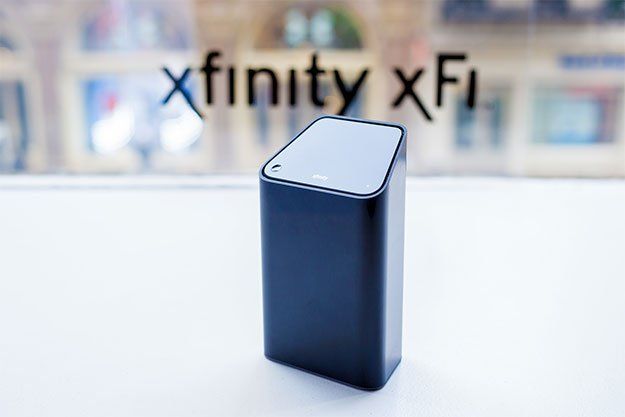 2 stories down in the basement, the internet works, but occasionally it will buffer during netflix or streaming music.

I'd like to keep 1 networkID for the whole house, so the mesh set up is ideal.

I see xfinity offers these 3-pack of xFi pods for about 120 bucks to mixed reviews and the fact that they will only ever work with comcast hardware. While I don't see the ISP changing any time soon (nothing else here, really) I'd prefer an agnostic solution.

Can I just plug in a repeater somewhere in the house? Do I need an additional router to make the global mesh network?

I'd love to just plug something like this in the wall in the living room and call it a day. is it that simple?

VIP
The pods sound decent. I have a client using Comcast business and 3 pods with no trouble. They have a decent 10k sqft office space.

I personally have had better luck moving the AP around than using any extender.

I was kind of hoping for a detailed response from someone here too.

Admin
VIP
I went into the settings on the firestick and there is a 'recommendations' list showing up. Network showed as good and occasionally would toggle to very good for a few.
One thing it said to do was to use the soft hdmi adapter to put the stick away from the tv.

well, what do you know... plugged that in, positioned it to hang a bit off the back of the tv away from the panel it is stays at very good now and no more buffering on the music.

I haven't tried video yet. Still looking into doing something like this at some point.

Moderator
VIP
Sorry man. I think this is steve's territory.

You got questions about k8s, vmware, openstack, mysql, postgres, terraform, python, whatever, I gotchu, but I think our professional proficiencies kinda overlap pretty damn hard.

Admin
VIP
gotta love targetted ads.
this came up for me today on a youtube vid

is there any truth to that throttling? the speed test seems like BS going from .27 to 255 just by putting this thing in the wall

Moderator
VIP
not in my experience. but there is a difference between your burst speed and sustained. Usually your initial few hundred kb per connection is faster than a sustained multi-gb download.

I've worked for a few ISPs and it was the same for all of them, but there's no reason they COULDN'T do it, but it's a lot more effort than its worth.

Buy as many as you want, one SSID, one set up. Adopt, add, name and secure. I wish I had taken more than one home in 2017 so I could put one in the garage. I have dual wifi's set up on one AP, all of my Alexas and wifi lights on one and Multiple phones and tablets, firesticks and the like on the other wifi and it never drags. If you decide to change providers you won't ever have to reset up a new wireless network.

Admin
VIP
Alright, bumping this back up....

so, i picked up a TP link extender.
Amazon product

this worked but did not 'mesh' out of the box. So, having 2 network ID's to toggle through was annoying so i decided to get the router to match and make the mesh network.
Amazon product

So, now I have one SSID throughout the whole house and it's working fine.

But, my comcast unit is still broadcasting the original network as well. Not a big deal, i think. The more i read, the more I'm seeing the 2 networks can interfere?
There's a thing called bridge mode to basically turn off the router portion of the comcast box.

I'm seeing no ill effects from it. Why turn it off?

If networks can collide, what about the 5 neighbor wifi's i pick up too?

Comcast also recommends a direct gateway connection, citing not all routers are capable of using the xFi stuff to control it. So, another push to leaving it on.

What am i missing?

VIP
Don’t mess with bridge mode. It basically turns it stupid. I’ve dealt with a lot of Comcast modem router combos in my day - Just shut off the WiFi networks.

It is certainly possible the channels are overlapping so may as well not use the Comcast stuff if your new stuff is better. The Tplink router is what I use I had an ac1200 and upgraded to an ax1800. Both were solid but the ax blows everything ac out of the water for $100 and I can control it from my phone, setup limits and logging.

VIP
I have two of those TP link routers/APs. Two APs, one SSID.

One is in the basement of the house, one is in the loft of the garage, which is connected to the house by a set of LiteBeam 5AC 23 units. Rock solid. My wife gets WiFi down by the playset, and I get wifi pretty much everywhere in the yard while I'm mowing so I can listen to music.

Admin
VIP
So I ended up in bridge mode after all. I did some more reading and there was really no advantage to keeping it on. TVs oddly don't need to be updated... Comcast streaming though their box for Netflix without care about the WiFi. I didn't realize that.

VIP
its probably going to be fine until your dhcp leases run out or your next power outage.

VIP
I have eero mesh networking in my house. Never been happier. One SSID and the devices just pick up the one with the best signal automatically. Super easy to setup and just works, and works very well. Never have to restart or any BS like that with old routers. Never have to worry about different SSID's like with extenders.

Admin
VIP
I shut the main breaker off for a bit today for an unrelated project... Everything came back up and no issues.
Last edited: Sep 27, 2020
You must log in or register to reply here.