Hello new to HS but have done extensive research on the swap im currently in the middle of As the title says I have an 95 honda accord ex coupe that im swaping in a 2001 h22a euro r. It has less than 50 k its also a 5speed the trans was included when I bought the engine along with the ac alternator and powersteering brackets, as well as one obd2b alternator (I wont be using it tho). Also came with the rear transmission mount bracket. The euro r didn't come with an IABV plate the manifold and it was also obd2b. So since I had puchased an h23a blue top previously and found out the block was cracked and it was obd1 with the IABV plate in the manifold i am using this instead. The distributor was already obd2b 8 pin so I made my own conversion harness( I found this easily by a simple google search.)

Anyway I plan to reuse my AC compressor, alternator and powersteering pump that are on the accord because they will bolt right up ive already checked. I did have to extend the iacv wire and the iat wire but besides that my original harness from the accord was plug and play that was the first step i took after aquiring absolutely everyrhing I needed. I wired up the accord harness to the h22a. I do have to run wiring f from the IABV solenoid to my ecu. Which my ecu is a chipped p06 converted to manual p28 with a hondavert emulator running as ostrich. Once I get the engine in ill upload the basemap however I won't be installing a knock sensor because the p28 doesn't require. Correct me If I am wrong. Im still new to this. Lol

Also, Ill be using the accord intermediate shaft and axles.

I already had a prelude driverside mount, but the rest with be the accord engine mounts.

I already did then timing belt manual tenioneer conversion and replaced the timing belt, still debating on removing the balacer belt or not. Replaced the water pump and will be using the accord crank pulley so that i can use the accord alternator and powersteering belts.

At this point I'm removing the f22b1 engine right now ill post pictures after I get the h22a put in.

Admin
VIP
nice, welcome aboard. look forward to seeing some pics of the install!

If I wanted to add a knock sensor later for tuning purposes, does my converted p28 ecu need a knock sensor board inside such as on the p13 or is not possible to run a knock sensor at all on the ecu because the ecu never came with a knock sensor board? Would a p13 be required? Or maybe a p72 or p30. I found a jumpers list on another website (am I allowed post urls?) That shows me what would need to be altered on my stock p0h accord ecu to make it a p13 or p72 my question would be, would I have to burn a chip for that because I couldnt run a emulator in it correct?
Last edited: Jun 22, 2021
X

One thing I forgot to mention is I'm using the accord throttle body to retain cruise control and I will be fabricating a bracket. I have a welder if need be to make it and drill two holes to match the mounting holes.
X

Okay do I'm having trouble figuring out were all the vacuum lines hook up I've tried googling it and I can't find a direct answer. Can someone point me to the correct diagram of what I need and where it goes. I decided to keep the euro r intake with no butterfly valve . Also Does the h22a have an fia control solenoid like the accord does?
X

Okay I ended up buying two p13 ecus from a dude online. Well I opened one up and I see this 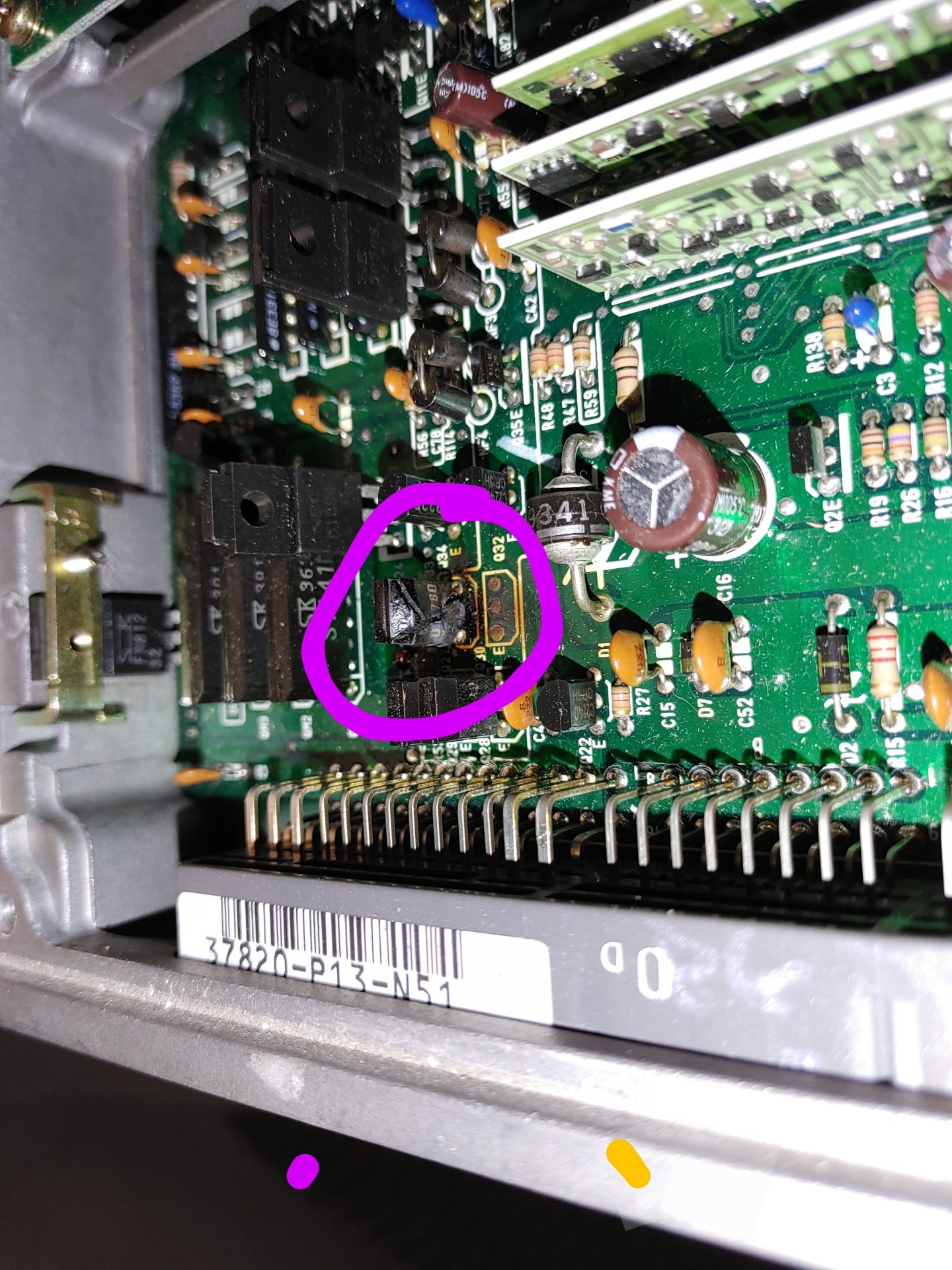 But other than that this ecu is prestine. But I have to repair this one so its not gonna be used rn. I opened up the second ecu and It already has a removable eeprom chip with a little windows into the chip an AM27C256. Is this from the factory? Or an enthusiast's alteration?
X

This is the most recent photo ive taken but last night i started it and it ran great! Ill post another one later today 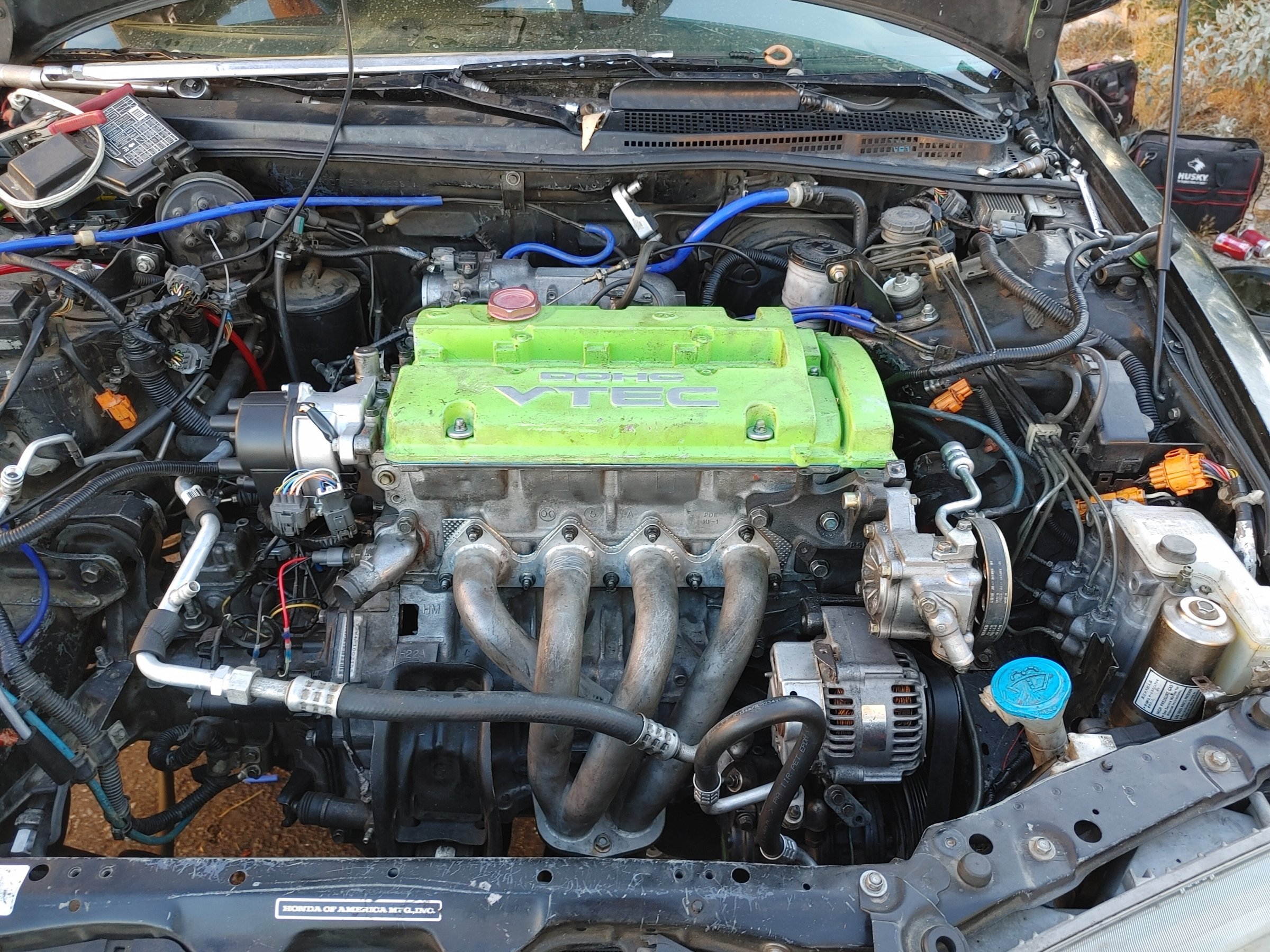 Admin
VIP
is it in the external rom area? 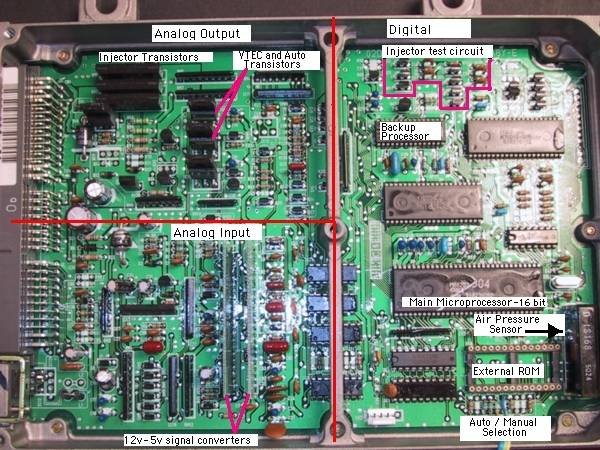 Briansol said:
is it in the external rom area? 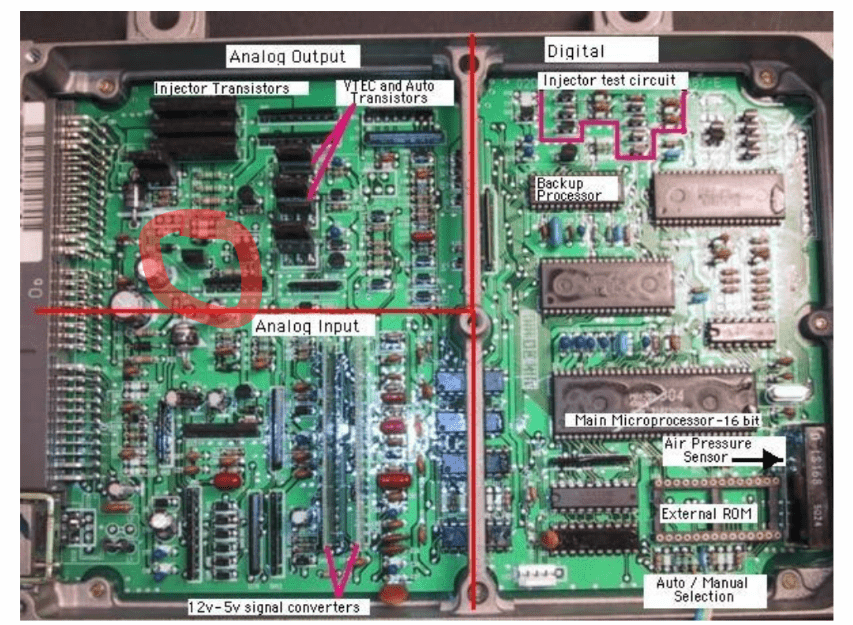 I circled the one that it is. thank you for replying


Here is a photo of the finished product. Im just tryint to figure out which ecu im gonna go with 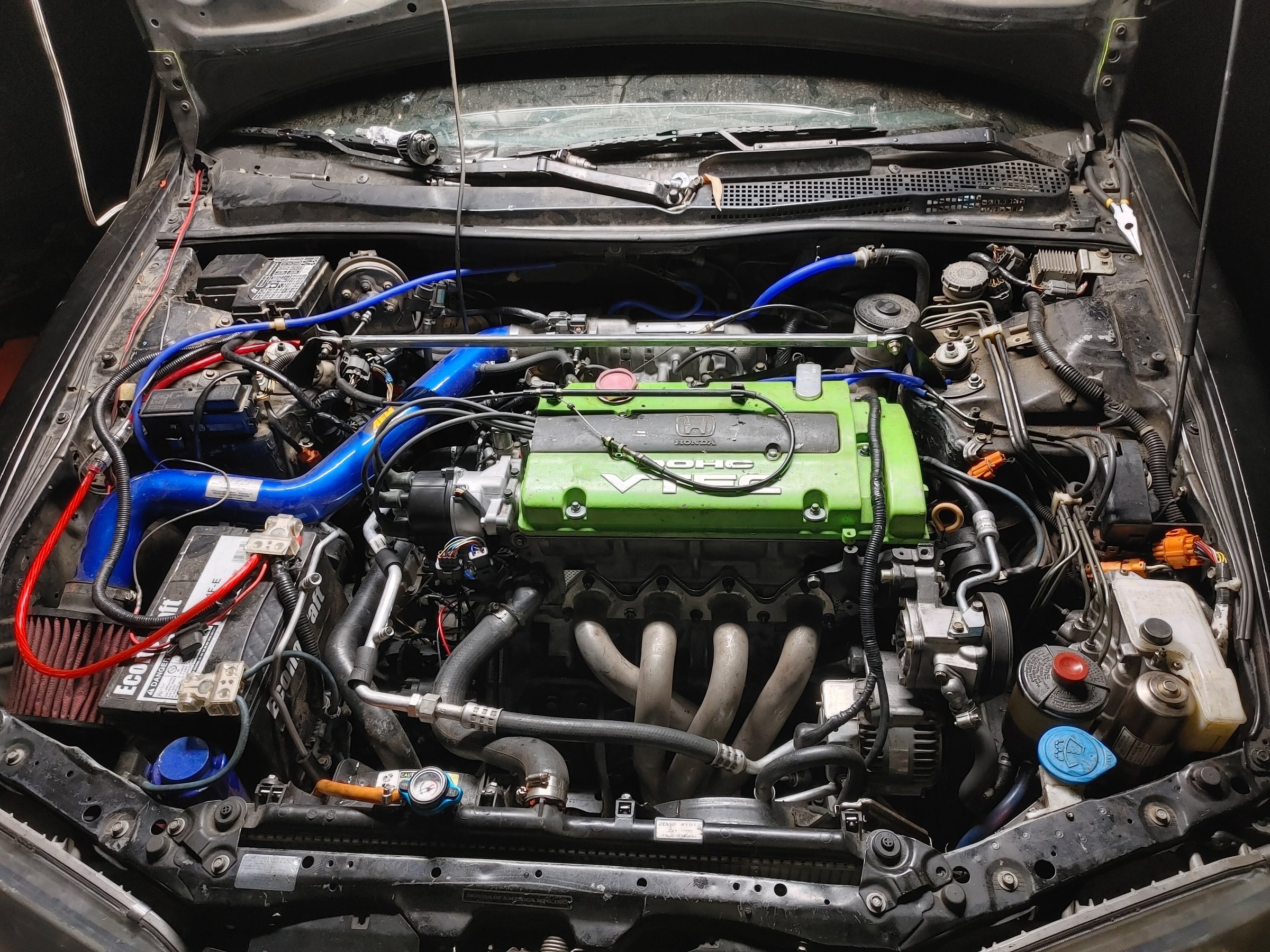