I've bought a zc stamped engine with a vtec head I was told it was a d16z6 but from reading some forums I'm not sure, anyway the standard gearbox in the car fits it and I'm in the middle of fitting the engine, I've got the original ecu for the engine and I was wondering if anyone has any tips for getting the dash cluster running with the old ecu, and if there's anything else I'm missing

Admin
VIP
I assume you aren't from the US? I don't think we ever got that car here in the states.

We'll need to know some more about it to help out in more detail, but in general, you retain the chassis harness and swap plugs / rewrire engine circuits. if the cluster isn't working, something else happened as the engine doesn't feed the cluster directly in most cases.

My original engine is non vtec, and my new zc has a distributor that the Ep1 didn't have originally, I assume that means I have to stick with the ecu that came with the zc engine, I've got 2 plugs that don't fit my ecu, one comes from under the dash and plugs into the ecu, I'm missing that 1 on the zc ecu, also there's a seperate plug from the original engine loom that doesn't plug into the ecu at all, it has its own plug under the dash, I need to find d14z6 ecu pinouts and figure out what the plug I'm missing does, but idk how il figure out the other plug, I don't know where to find a Pinout diagram for the seperate plug from the ecu, il get some pictures when I'm home at the weekend for reference, Ive been told a standalone ecu might be the easiest way to jigsaw this project together as there's nobody around who knows too much about my civic, for reference its a 2004 Ep1 Honda civic, d14z6 originally, thanks for the help

VIP
where are you located?

i thought only D17 came in US EP civics... except for the EP3 Si which had the K series.

Admin
VIP
Looks like the d14 is a euro spec EP hatch with a normal rotation (not K-style) like the B/D series engines of prior generations.

I can't really help with the wiring on it as it's not something we're close to here across the pond. If you have pictures, maybe something will ring a bell base on the looks of the plug

TurboMirage said:
where are you located?

i thought only D17 came in US EP civics... except for the EP3 Si which had the K series.
Click to expand...

do yas think a Honda dealership could supply me with wiring diagrams or would that even be out of there reach?

Thanks for your input lads 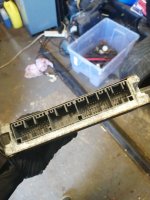 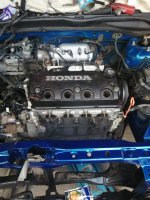 OK so is a P2E Ecu non vtec right? But the head on this zc has vtec cams and a vtec solinoid

I think I've figured out the cluster wiring but I don't know what sort of head is on the block, and I'm not sure how I will work vtec

is there any simpler solutions than a seperate vtec controller?

Admin
VIP
that ecu is for a d16y7 engine. no vtec.

I wouldn't recommend trying to hack it with a controller or anything else. You'll want to use a vtec ecu such as the P2P which paired up with the d16y8 (sohc vtec 96-98). Or, convert to obd1 and use a p28 with a jumper harness.

OK so does p2p use the same loom? I would just pin a vtec wire out of the p2p ecu to work the solenoid? Also is there much benifits to running obd1 and being able to chip the ecu on an engine like this? And also thanks

Admin
VIP
all obd 2a plug outputs are the same. if there's a gap, its for the items like vtec that may not be on all models.
similarly, obd0 / obd1 / obd2b are one standard at least previous to 2000. im not sure on post-2000 models.

going to obd1 does give you the chip advantage. but if you're not chipping, you don't need to do it.
also, if you have emissions testing with a scan tool in your area, you can't really do obd1 in your obd2 car. you'll fail.

Ah no chance so

emissions are strict and tested yearly, il try locate a p2p ecu so and see if I need more loom or if I could run my own vtec wire

I've found the starter wire, it's on a seperate plug that plugs onto the firewall in the civic the loom came from, I don't have this plug, I can run them wires back thru my main firewall grommet but I've also found most of my distributor wires on this plug too, where would these go, the small cables back to ecu presumably but I've got 1 heavy cable that looks like it carry the main distributor power supply, where would this wire go on a standard civic dx?

Admin
VIP
i'm no expert on the wire colors or the chassis, but perhaps this guide will help 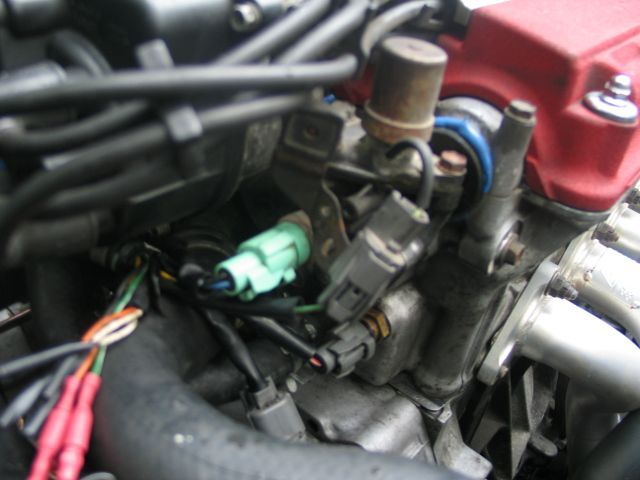 How to Wire VTEC

How to Wire VTEC This is something that I see come up, and sometimes people get confused by the written instructions, so here's one with pics. This can also be used for wiring just about anything you need, like a knock sensor, IABs, o2 sensor, whatever. I HIGHLY suggest have a manual with a...