Over the last 12 years of owning a Honda Civic of some form or another and building and tracking d-series motors, I've finally made the switch to a b-series. I had built an NA d16z6 that was making 158hp and 116trq to the wheels on a Mustang Dyno. I had built a custom 5-speed S40-B000 transmission with Quaife LSD and short-ratio gearing with a carbon synchro rebuild kit from Synchrotech. This past May 22nd I took my caar to the track like I usually do during the track season and disaster struck. An exhaust valve snapped at the neck and destroyed the head and block.

I decided that it was time for a new project. I wanted the same power, if not more, but with OEM Honda reliability and durability. A friend who deals in swaps had an OBD1 JDM GSR with low kilometres in excellent condition with an S80 LSD ITR transmission. I picked them up and now the swap is complete.

The intake piping coupler was too small for the larger throttle body so I attached the filter directly to the intake manifold. Once I get the correct coupler I'll be moving the filter to correct position.

I removed the AC and was planning on power steering but the pump I received was not the right one. So for now, no power steering.

It pulls very hard and the VTEC crossover is much more aggressive than my d16z6 was.

I've attached videos of three acceleration tests I made this evening and a pic of the engine bay. 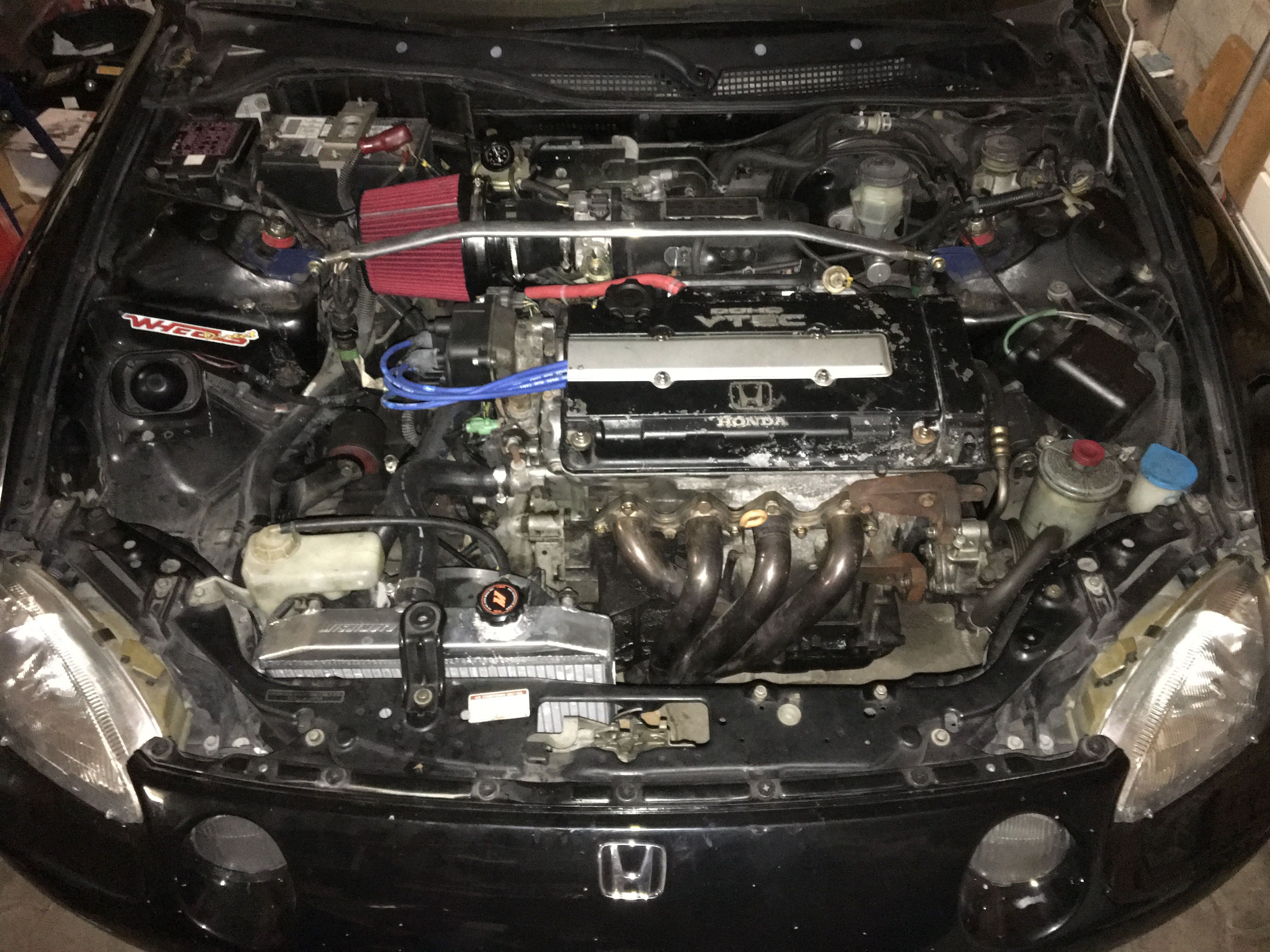 very nice sir ! im sure it feels balls fast too lol seriously though put power steering back on it unless you want to change to a non power steering rack

Moderator
VIP
Nice, man!
You must log in or register to reply here.