Better eating decisions will be the death of me.

VIP
happy new year all! I'm gonna stay home and not get caught up in some dumb stuff. hope everyones 14 was good and 15 is better

BigJ said:
Man. This year flew by. The most impactful year in my life so far.


Did anyone accomplish their new years resolutions?
Click to expand...

i accomplished every single resolution i set for myself.

i only made one: dont have any resolutions. 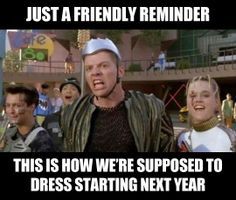 BigJ said:
Did anyone accomplish their new years resolutions?
Click to expand...

I wrote my 5 goals for last year and put them on my refrigerator on january 1st last year. I got close. I had an income goal and came up about $2000 short. Which isn't too bad. I had a couple goals for my Brazilian Jiu Jitsu, but the ruptured disc canceled one of them, still got my blue belt though. I didn't buy a guitar, which sucks, but I wouldn't have had time.

This year I'm going to run a marathon, get a new job, and a couple other things. We'll see what happens.

VIP
As far as resolutions, I kind of went backwards from the one I made at the end of 2013. I just put myself into $1500 more debt.

It was a necessary evil though.

I think a good resolution is to be confident, but not too cocky. Don't underestimate what you're capable of, and push for what you really want.

Complacency is a career stopper. I've been kicking in doors this year. Too many head nods and "uh huhs" for a long time. I finally started walking in doors and closing them behind me to make my own meetings. Be grateful, respectful, optimistic, but PUSH!

VIP
I came to this site because I started putting a new motor in my civic without a clue what I was doing and you guys got me through it! lol
Ive made some good friends over the years here and am appreciative of all the advice Ive gotten.

My resolution last year was to become a better archery hunter and put a big bull on the ground. I managed to accomplish that. This year, no more fast food all year

Admin
VIP
I think you should dry ice an overnight the backstrap to your favorite admin.....

VIP
We might be able to work something out

chadcharb said:
My resolution last year was to become a better archery hunter and put a big bull on the ground. I managed to accomplish that. This year, no more fast food all year
Click to expand...


Joe got a monster cow on new years day. 4 minutes after shooting hour. LOL. I'll be in the jerky, pepperoni and breakfast sausage for ever now. He doesn't eat that much of it.

BigJ said:
Joe got a monster cow on new years day. 4 minutes after shooting hour. LOL. I'll be in the jerky, pepperoni and breakfast sausage for ever now. He doesn't eat that much of it.
Click to expand...

Moderator
VIP
Happy New Year gents! I'm a little late to this party due to partying in chicago with friends. I joined this site after selling my 99 civic si, with the plans to use the proceeds to make the car as fast as possible. Almost 9 years later, I've built 3 civics, gotten out of the hobby, but managed to graduate with a BSME and get a job at Honda R&D. I've been there 6 years now. Holy shit! I think a big part of getting the job had to do with my interest in shitty old Hondas - all which was learned right here.

2014 was a great year. I traveled more than I ever have before, and even managed to finally meet a HSer when I drove to Ft. Wayne with my buddy, who bought James's 2000 si.

VIP
Got the business up and running, got married, bought a house, underwent multiple expansions and projects at the business, had my best year ever financially.

2015 will be better. Still lots to learn and lots of growing to do.
T

BigJ said:
Joe got a monster cow on new years day. 4 minutes after shooting hour. LOL. I'll be in the jerky, pepperoni and breakfast sausage for ever now. He doesn't eat that much of it.
Click to expand...

I need to take up Archery. I've hunted from Eastern WA to Nebraska, and Western WA is by far the hardest to hunt! Nice job.

So yeah, I'm not behind the times, but I don't Facebook. Too much fake BS or drama. I can't write my wife a simple note without the damn thing being posted.

Thanks for the pics.
You must log in or register to reply here.