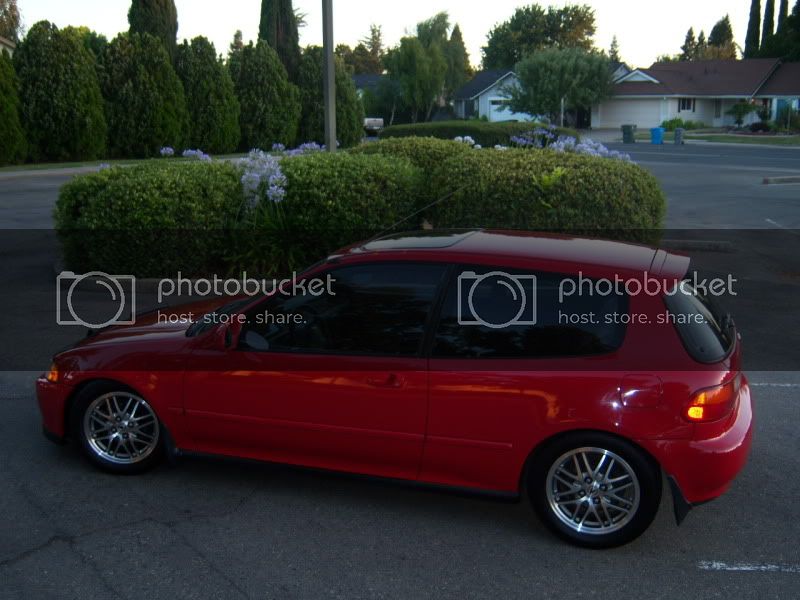 Put stock stuff back on and parted that stuff out on CL and H-T.
As many know....it can be a pain in the a$$ to deal with that stuff but I made my way to a little over $3k

Just want to say I know this is expensive and there are so many other possibilities for the car or.....
life in general with the money I spent but I have wanted this swap for a very long time. :violin:

This swap takes a lot to absorb and make educated decisions. There are so many options and companies.
I researched for a very long time....lots of reading.
And, thanks to the K20A.org and their knowledgeable minions, I have left K-series nOOb status.....finally.
So.....just as food for thought.....Extra super nOOb questions can be found with Google and time....I did it and so can you!

Got a K20A complete swap from HMO (including PRC ECU, Shift box/cables, USDM Type S axles).
It was wrapped/padded/strapped/padded and took 10 minutes to get the swap ready for the picker lol 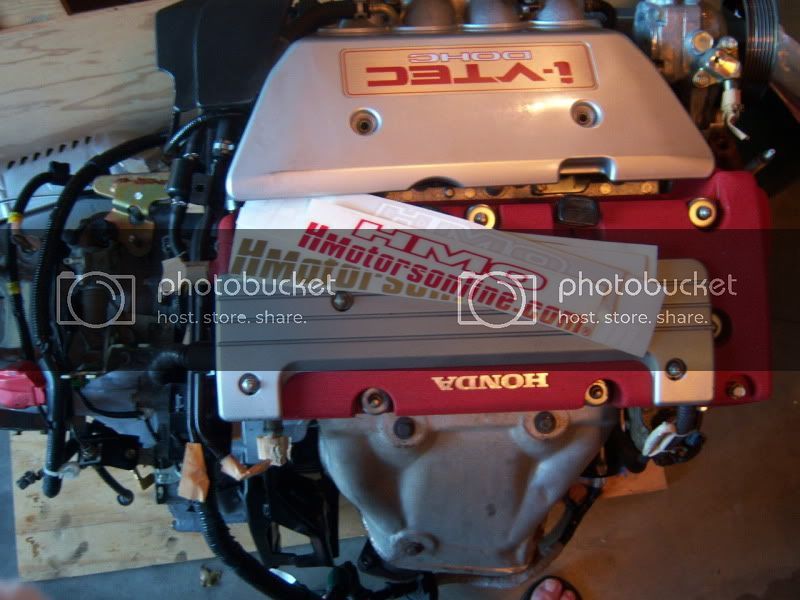 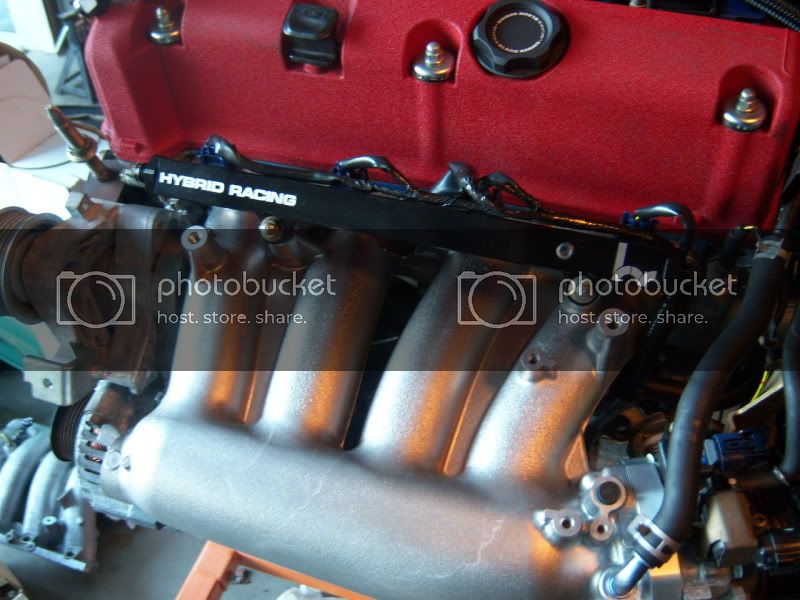 Greasy dirty jobs in hot weather so I did not take any pics of the Clutch install but I used a OEM Throw Out Bearing and Competition Clutch stg4 clutch kit. Did it like I own a Helm's Manual

Engine Bay after 3 Different motors in and out....each time was unique. Times were with friends who know whats up...to a friend that was a paper wieght...to me by myself.
...Sweating , getting frustrated and becoming more gorilla than calm/collected :shrug: 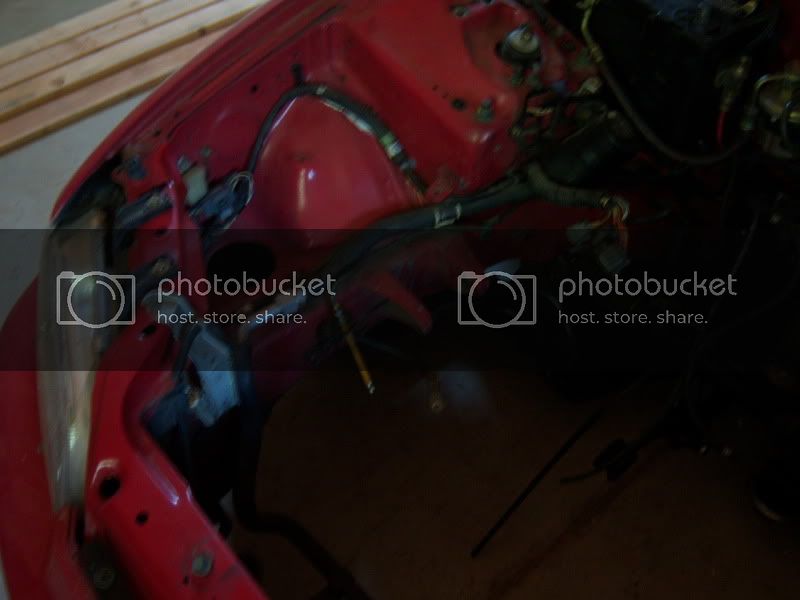 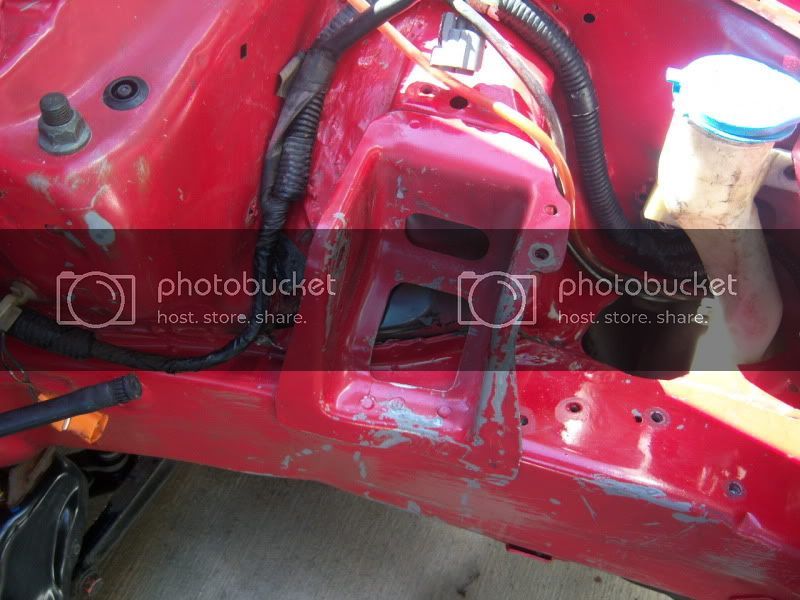 So I took the old Trans mount off with some drilling of the 12 spot welds and took it to a local
PPG store where they matched the color into a rattle can for less than $10 OTD. I didn't really care
that much and just wanted something cheap (b/c I don't wanna save anymore) I will take after pics once
I've buffed out the old paint to blend but I am stoked with the results for $13 (got two grades of wet sandpaper and the rattle can) 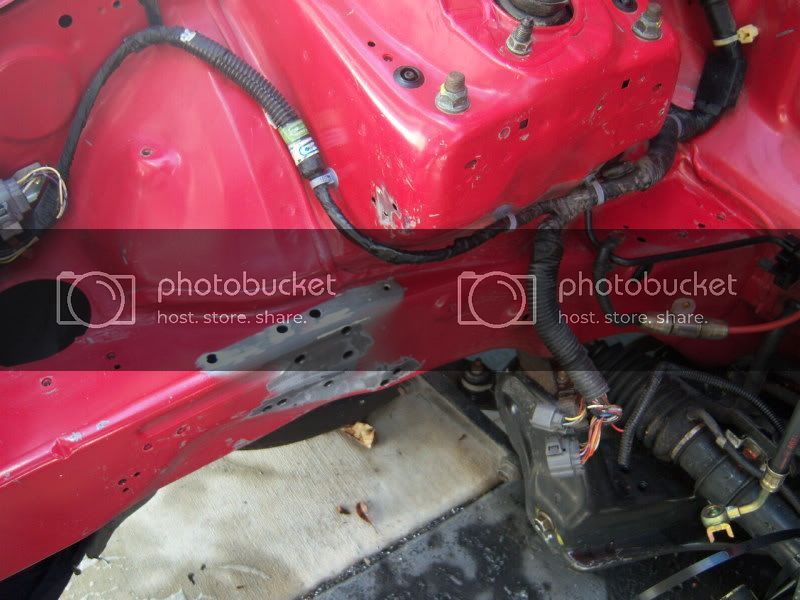 I was able to get the motor/trans in last night. Had two friends to help (yes, please)
Hasport Mounts installation was really easy (didn't like the Standard Size bolts it came with but they're much cleaner than what I had).
Used my cherry picker and engine leveler (Harbor Freight = Shadetree Mechanics Win). Painter's Tape was placed around for some damage control
Motor went in as easy as any B-series in my chassis. Just tried to be smart and slow....for once (don't wanna mess up the rattle can job....yo).
Nothing hooked up.......just mounted I will add more later. Its hot....like hot and humid for CA right now so I am being a lazy bum for today.
Charge Harness/Grounds will most likely be next.

As of now (especially b/c of funds) its gonna be rolling the Virgin PRC ECU (easy mod to make it work).
Its fine with H/I/E on the motor it was meant for
(even with vodoo differences between Japanese octane and elevation vs. the weak a$$ 91 octane and the valley)
And.....I PROMISE K-Pro will be happening so lets just leave it at that

VIP
I forgot that I had Karcepts 4X100 Hubs. They will accept the USDM Type S Axles once I swap the inner joints (36mm nut).
New OEM bearings for my car and had a machine shop press them in (w/my flywheel re-surface and my 1992 OEM rotors turned) 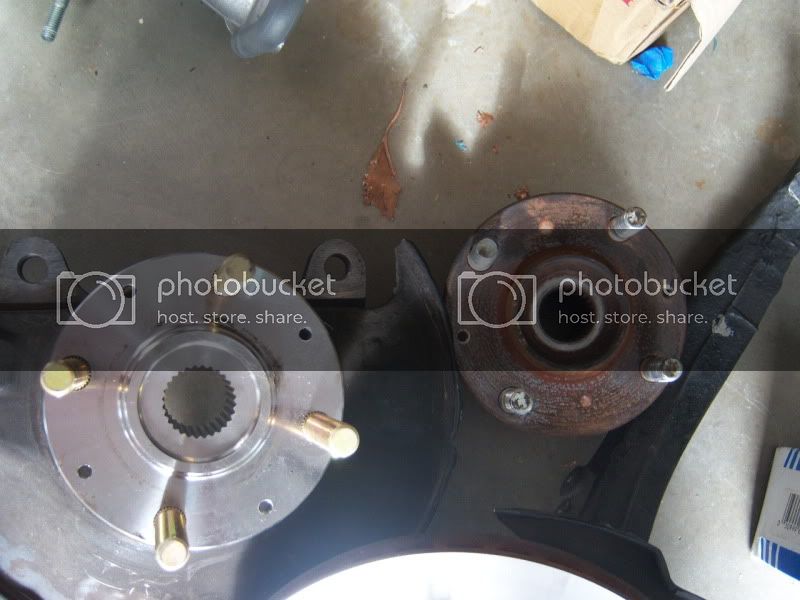 The Two new hubs pressed in and the OEM next to them. On my meshies.....the Hubs come with ARP studs :shrug: 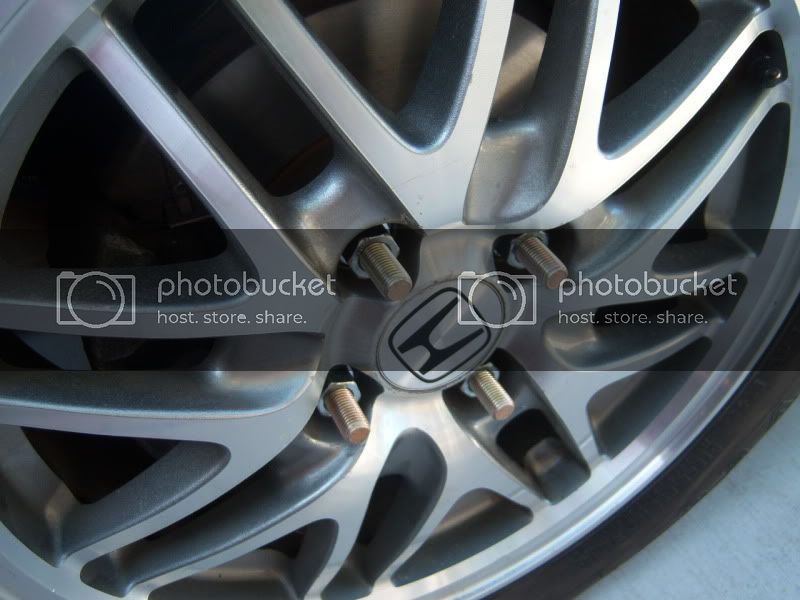 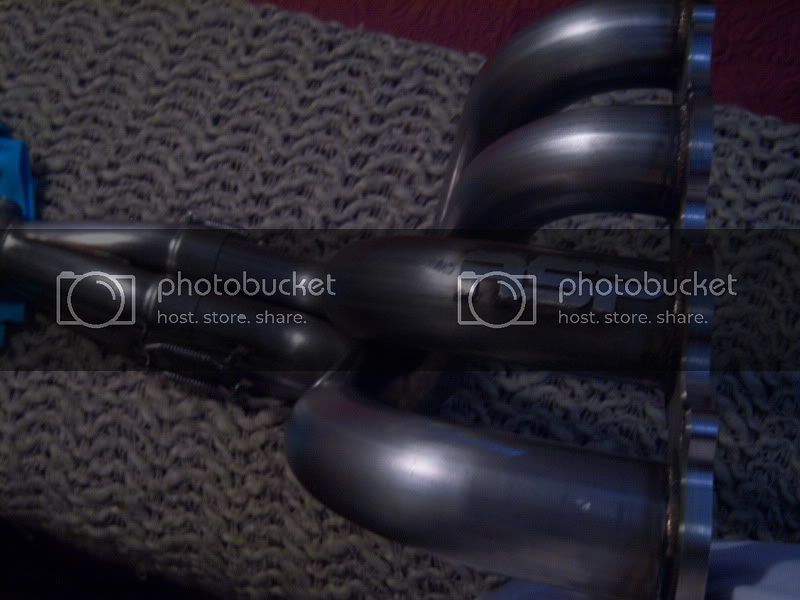 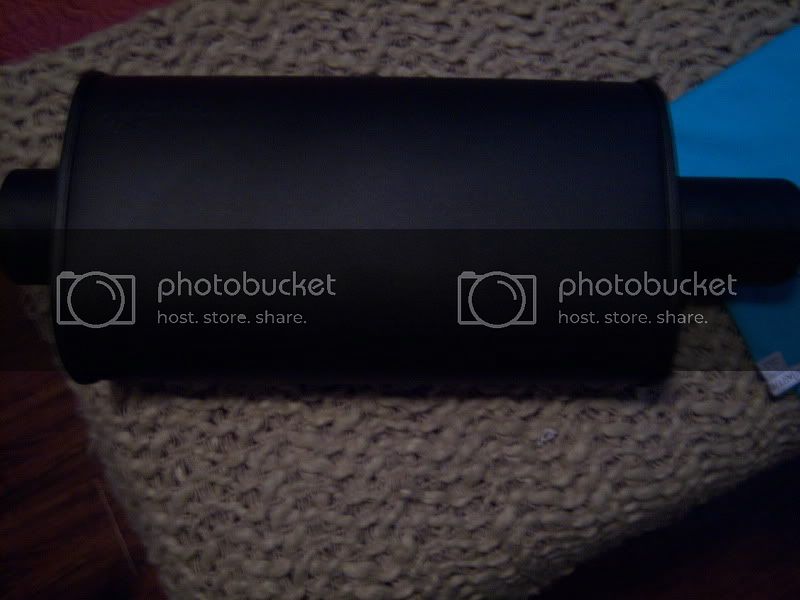 Damn the thread is almost over. Good job though.

Moderator
VIP
sweetness... glad to see its getting done so soon.. i figured we'd have to wait a while

wikedeye said:
Damn the thread is almost over. Good job though.
Click to expand...

Sadly.....it still seems like I have a lot to do. Gotta cut my hole for the shift box. Welding the 2.5"-3" transition to a flange and to the 3" exhaust.....haven't welded in years and never welded on exhaust

In comparison to a B-series swap.......it sits about the same right now......but with no fluids and such. And I found these on CL for a good deal (lots of thread left) But I do not think they will roll lol.
13X8 22" Slicks with a +4 offset. So I probably need adj coil overs and roll 4X4 style 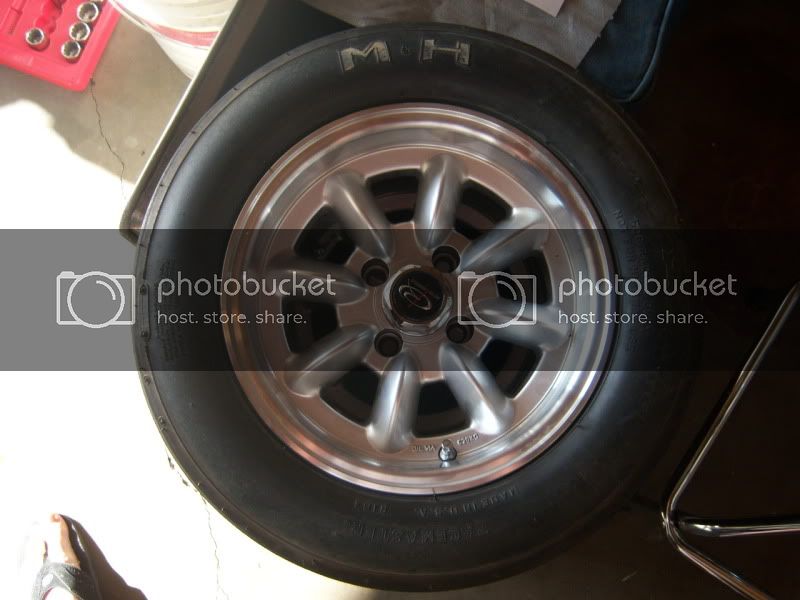 Moderator
VIP
i would run coilovers.. not worth the risk wiping out the oil pan on a speed bump

VIP
Its technically more clearance than the ITR header on my B16. With that skid plate I had..... it was at least a 1/2" lower.
But there is a big difference between a little header dent and oil pan go bye bye.
Traction bar is kind of a must too (I am imagining some hard core chatter) and it works as a line of defense (oil pan def-con 3)
I will get some coil overs later although I want a nice quality adj coil/shock set like Tein's but they are pricey!
Depending on the driving clearance issues......I may need to get the coil overs before K-Pro.....but I don't like that idea lol

EDIT: Magana told me there is a vendor selling cheap traction bars but I cannot find the thread :shrug:
Last edited: Jul 23, 2011

VIP
There are a few guys on K20A.org that are tucked like crazy. Some people think they are crazy!
Most guys run about 3/8-1/2" higher than me. I been rolling low for a long time. I got the speed bumps under control (hairy ones are avoided)
But I am just worried about a combination of suspension flex and an irregularity in the road.

Just took my A/C out from under the dash. Can someone inform me about the blower? Its like the heater core is under the stereo....then the A/C unit (box with fittings for A/C lines in engine bay) and then there is a blower????? (next to ECU location)

Does my car have a separate blower for A/C?
I now have a huge hole where the A/C unit attached to the heater core.....does Honda make a block off plate?? (they must for non-A/C cars sold brand new)

We'll be hooking up soon. Hell after that sweet deal I gave you on my B16 tranny.....you are going to work some magic with your tuner and sweet talk him so I can get me some quality tune time once K-Pro is in

Nice! Raise that car up and protect your investment.

Even denting your oil pan will result in potential oil pressure drops.

My funds are extra tight (no credit card funding for this project) but, if it fits my EG, I will be interested in a month.