I found these random pictures and it would make me cry if it was my car. 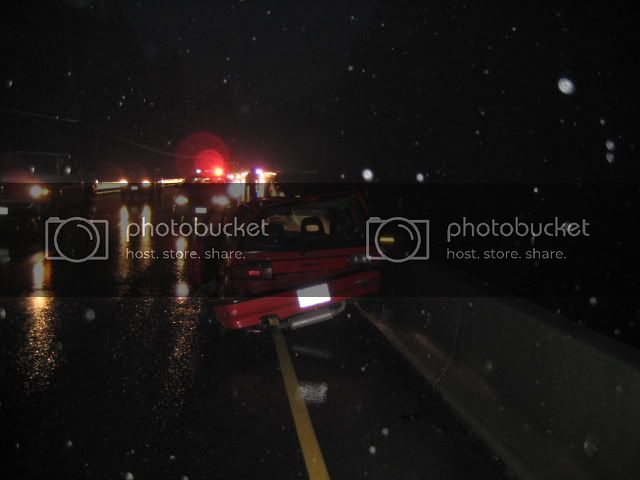 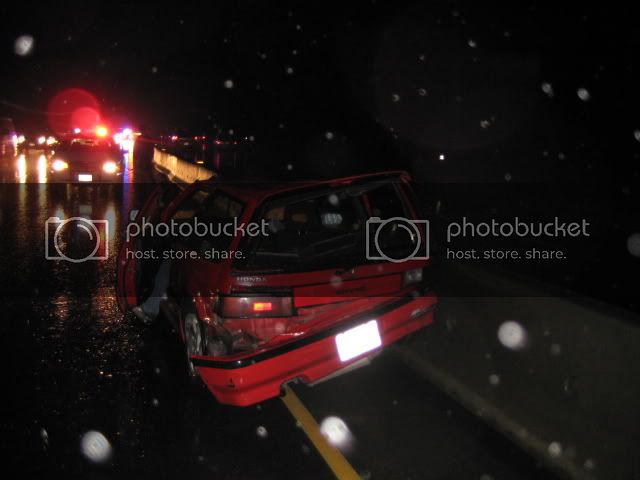 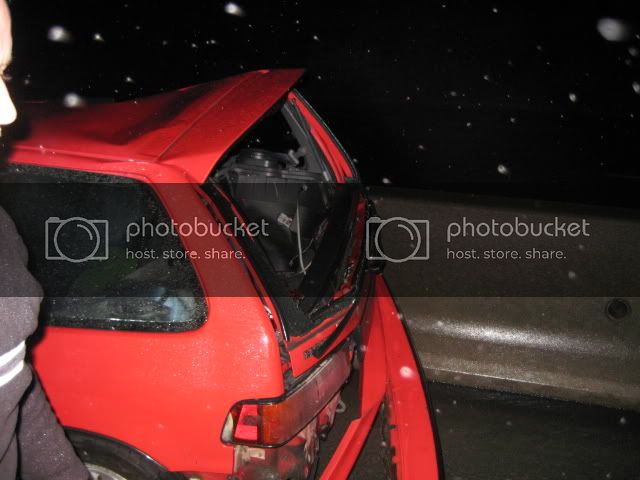 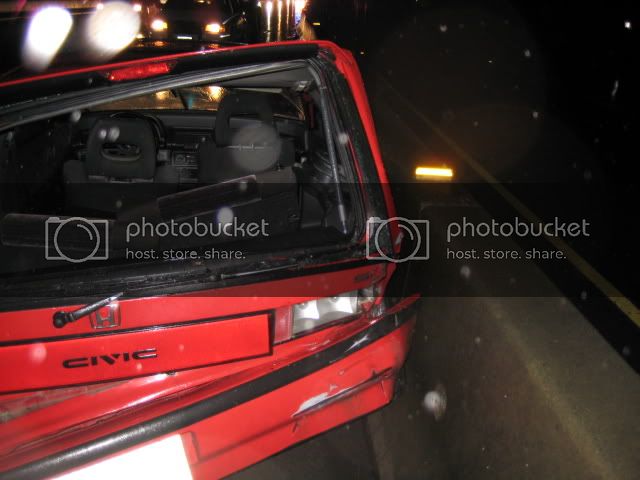 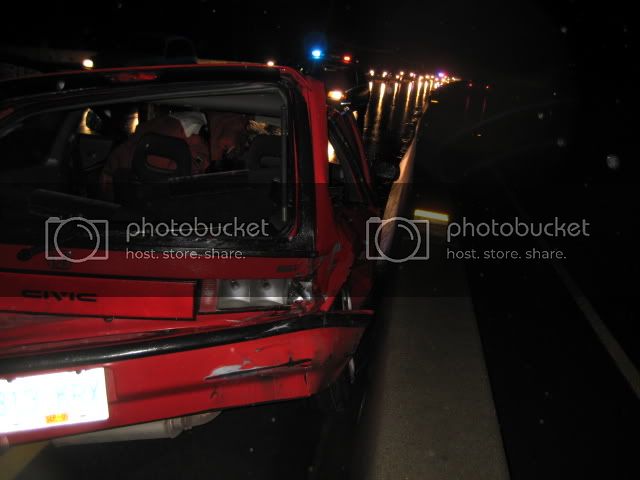 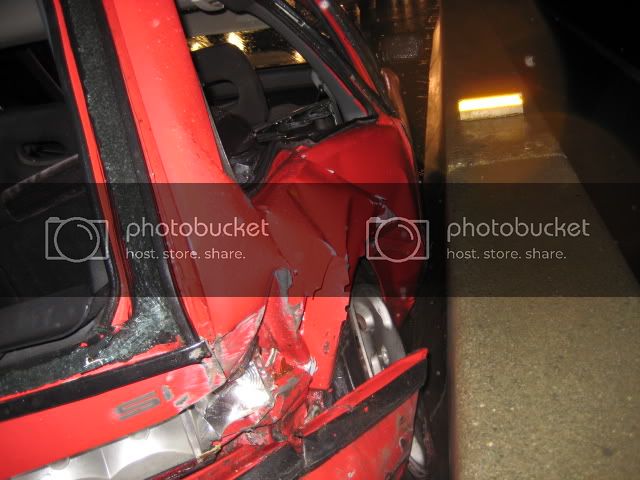 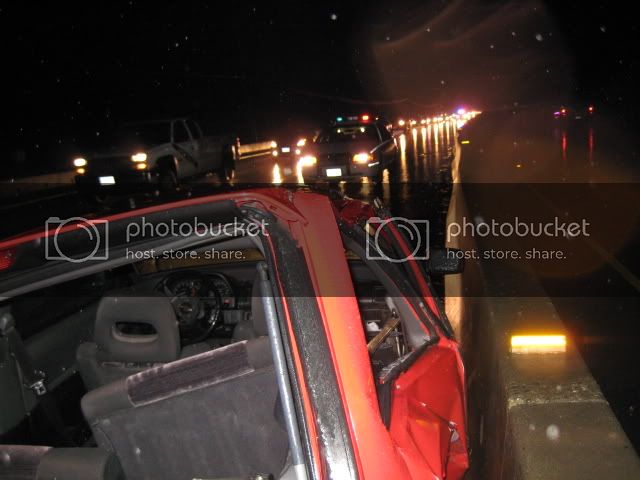 nothing a little bondo and touch up paint cant fix

He should not have tuned V-TEC to kick in that fast.

Saw the same thing with a new GTO. I told everyone in my car that if it was my car, I'd walk to keep that thing outta the snow.

From what it looks like he was going in the opposite direction and spun it around then hit the barrier.

But man that thing is majourly screwed. Makes me want to drive like a granny when I get my licence.

This also makes me want to drive slow:

as long as kids keep getting little cars with 5 speeds and stock internals and a loud exhaust, their going to go fast, a think they can haul ass and speed around area that are not meant to be race tracks. The guy in the last video could of killed someone, what if some kid in the area was chasing their dog into the street, and here comes some bimbo in a little hatch back hauling ass with no control. Bam, dead kid, and a dumas who is now getting charged with vehicular manslaughter. Which is why i stick to the speed limits. Their there for a reason.

As for the op that looks like it sucks. used to be an alright si.
9

It would be a sad day though.

I could always use a set of stock hub caps!

Speaking of these, anyone know where I could find some? My hatch is a DX, so no rear speakers, but I'd like some rather than placing some craptastic boxes in the back.

VIP
they're tough to get.....it wasn't even standard equipment on the Si's, they were a dealer option

Because out of the 8 EF's we've had 4 of them came with rear speaker pods.

I need the gauges with the tach.


you would if you lived here^_^

and if that happened to me I probably would cry too.

Ya it always hurts to see your car or similar get wrecked. I had my second car totaled. It didnt bother me all at the time, then the next day i just felt horrible. Feels like you lost a friend really.
You must log in or register to reply here.

S
Car shuts off when I give it gas !

S
Turning a drag car into a street car again