A couple years ago I had a '95 hatch GSR...for 20 days then it was hit. The drivetrain went into a rusty $400 '93 Civic coupe I found a couple days later and thats lasted me till now. I still miss my Integra and I have the GSR parts still. Both cars can be seen in my signature

After having my Cherokee I've been blessed with not having to fold into a taco to allow more than one passenger into the cabin, so that added with the naturally stiffer chassis than a 2 door brought me to the conclusion that I should have a 4 door Integra. What is not to like! As a side bonus it has the same wheelbase as my coupe so I should be familiar to drive with the length and I get to transfer my exhaust frill free

Not long after the idea got embedded into my skull I started searching. The closest car I found that fit my liking; a $500 shell that had enough to build off of with power windows and a sunroof. It was on the mainland (I'm on an island), I saw some crappy cell phone pictures and got a copy of the regy (clean) then rented a uhaul and went blindly to get this car with a buddy, I needed him for his truck lol 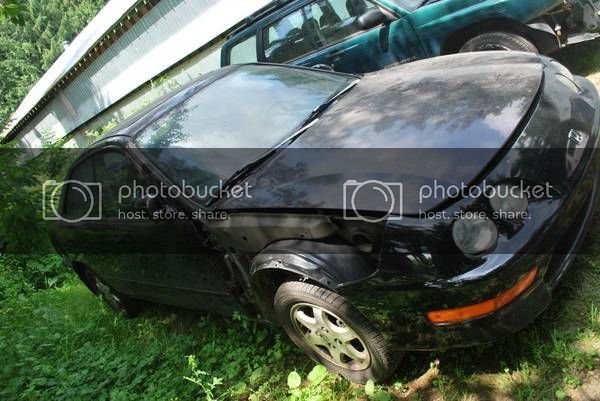 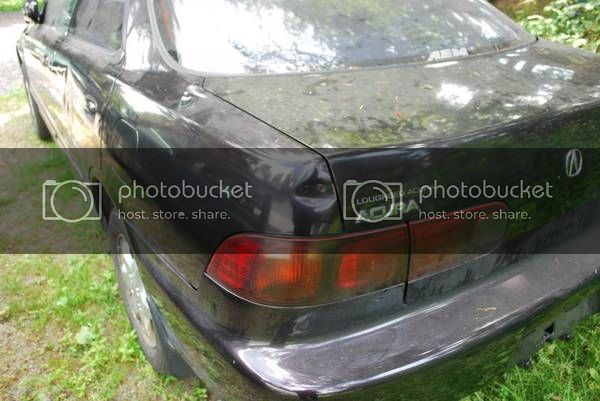 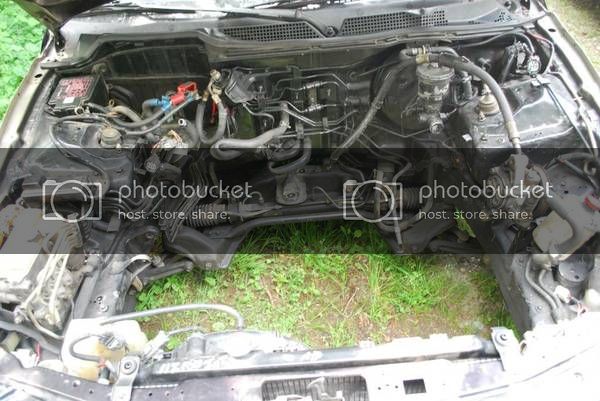 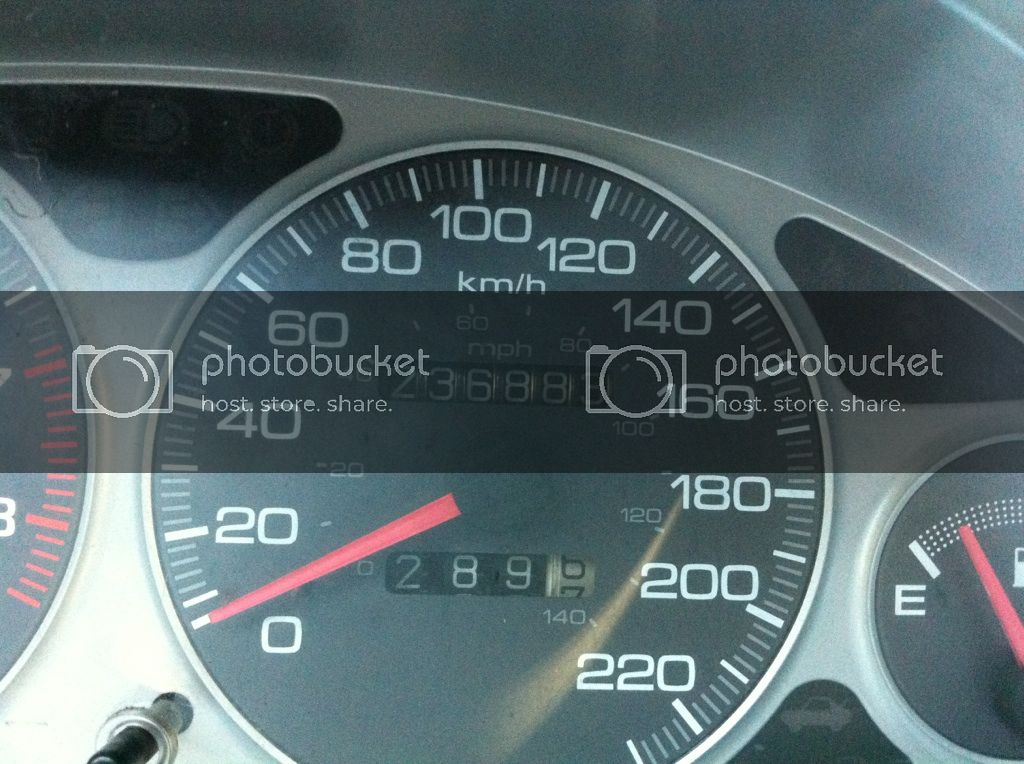 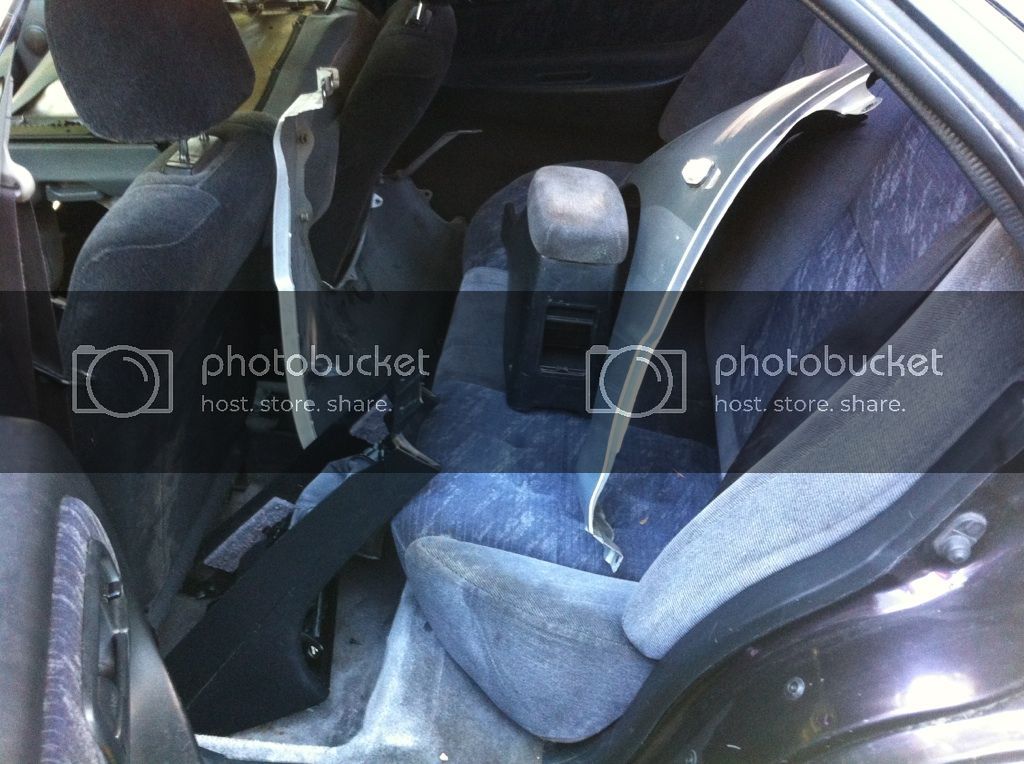 Its a 1996 with a 1998 front end...I know...but I'm getting to that part! It looks black in the pictures, but when I showed up it was....purple. Yes there are prelude seats in the front that the guy tried to rig in, I told him to keep them. There's a nest of wires large enough for a family of rats and a guest room for grandma and grandpa rat. The engine bay is spray painted black, overspray on everything.

Yes I took on an ambitious project but I'm getting bored and I need a project lol. Aside from those minor defects the interior was complete and in exceptional condition (I have the matching seats from my GSR for the front) and the body is quite clean, it needs a rear door and a dent popped out in the rear by the trunk. The paint appears very faded but it's in reasonable shape (after washed...I don't have pictures yet) and its my least rusty shell to date 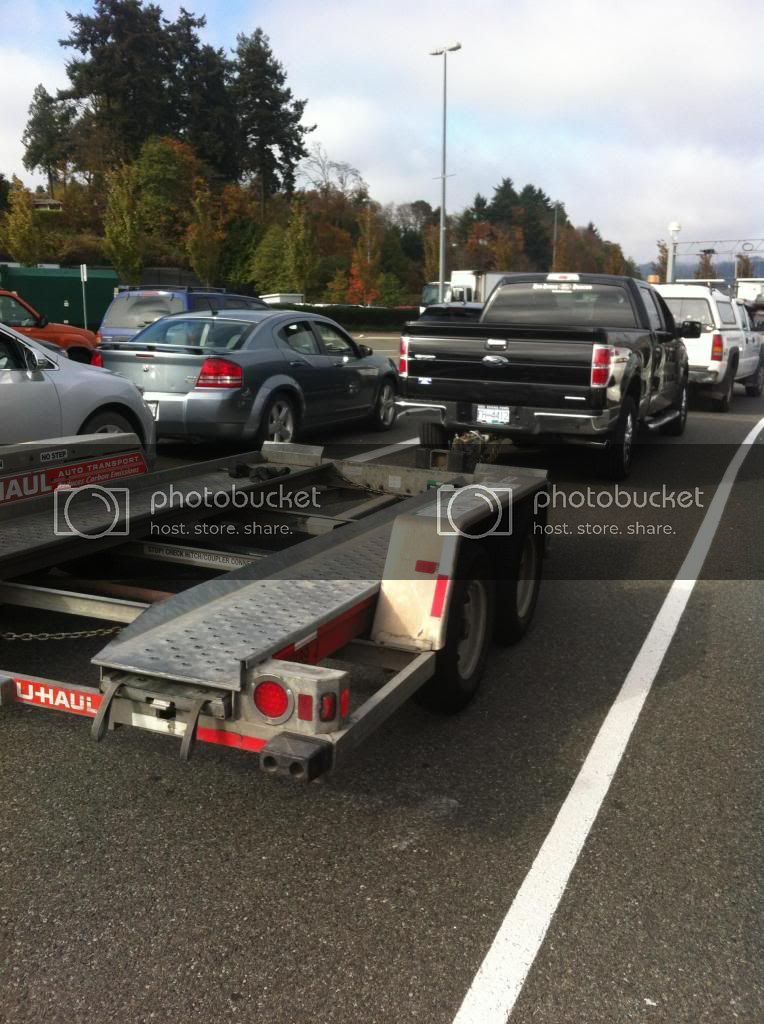 Annnddddd here we are on our way back

I have the dash out and I'm searching for a '94-'95 dash harness to make my OBD1 GSR swap painless and get rid of the alarm wiring mess left behind. I found my GSR cluster and swapped over the spedo to keep the matching mileage 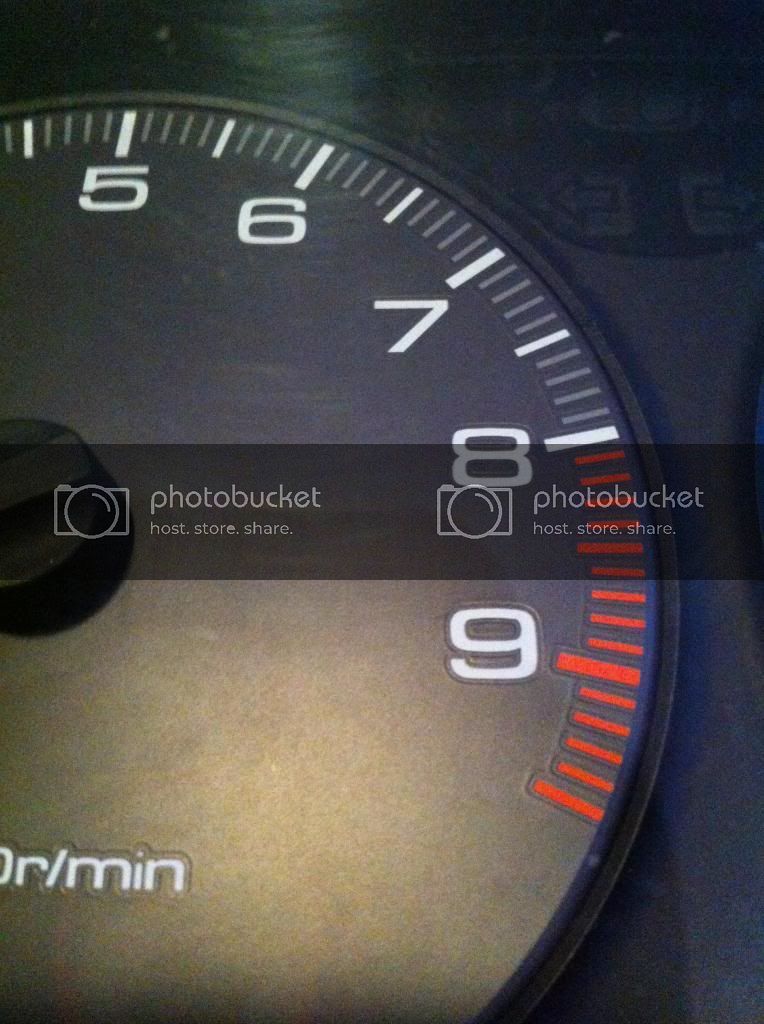 Here is a taste of the Dark Currant Pearl, I've really grown to love it 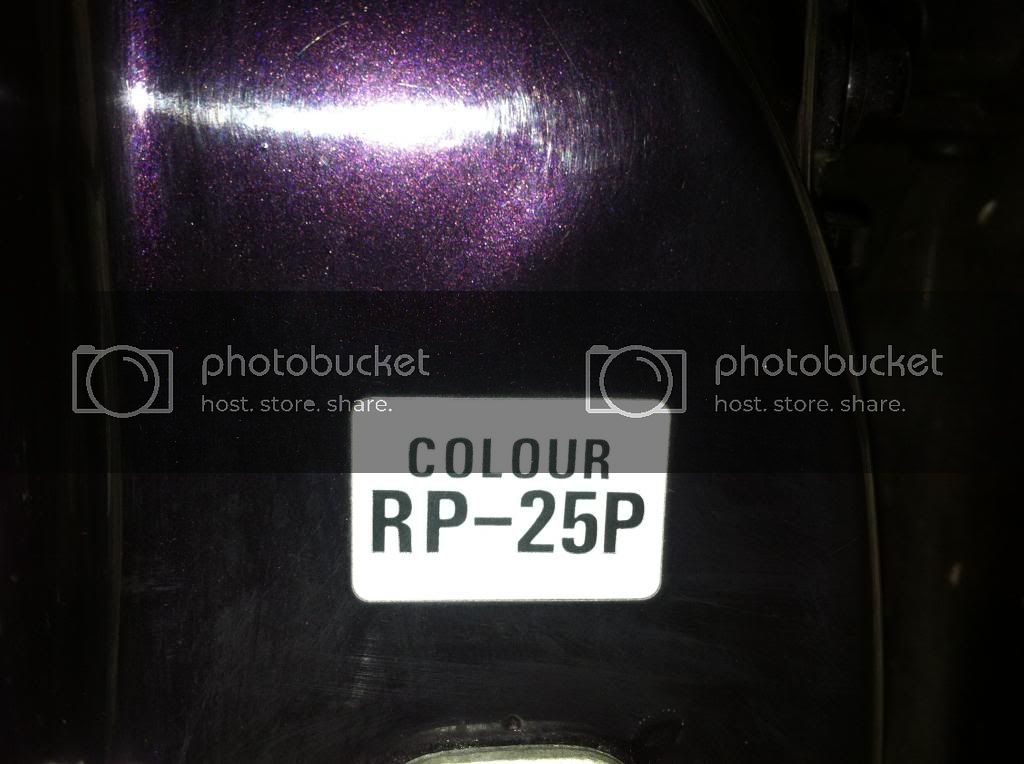 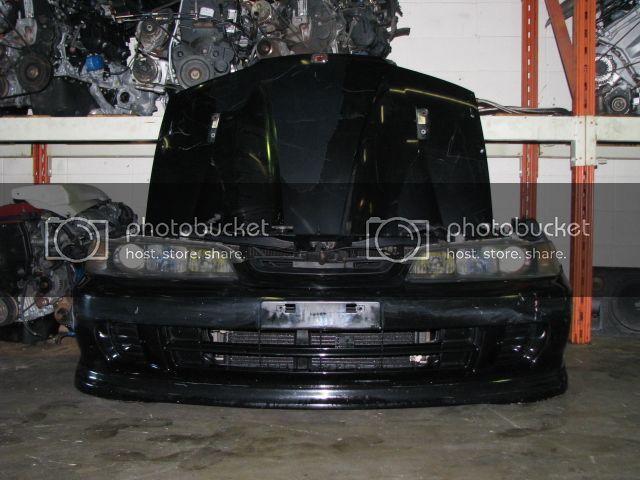 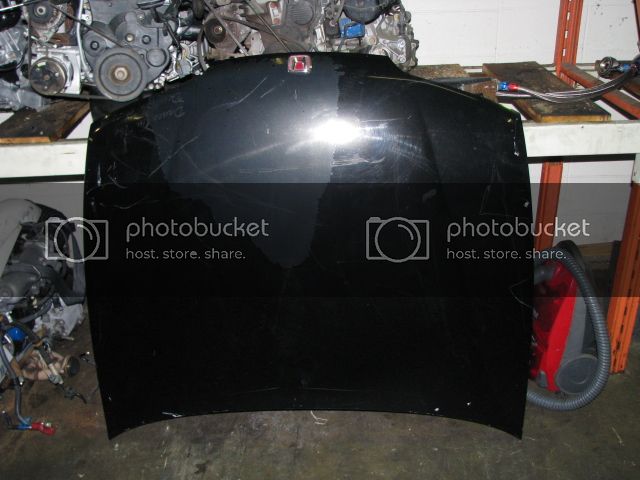 It has the "DB8" tag to match the 4 door status 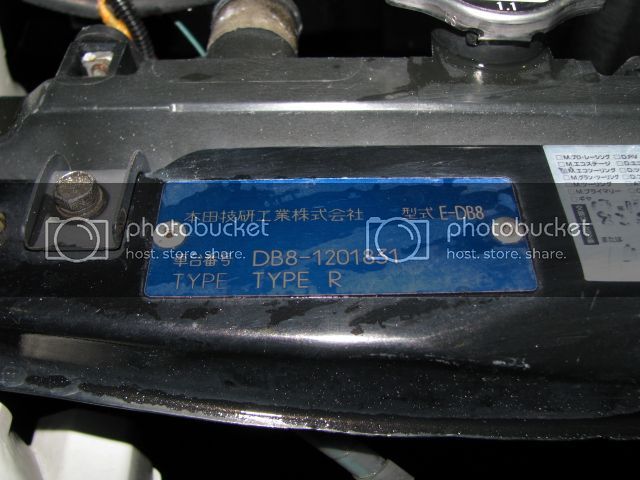 This piece of shit is being sold!!! 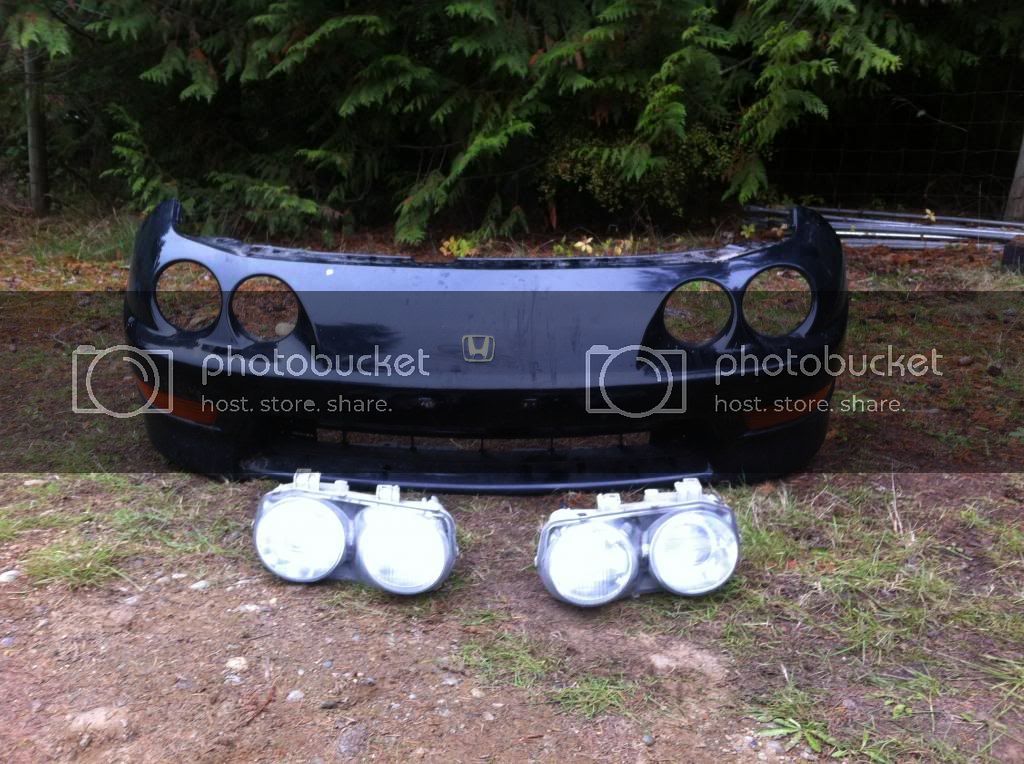 And to finish of here are some inspiration pictures 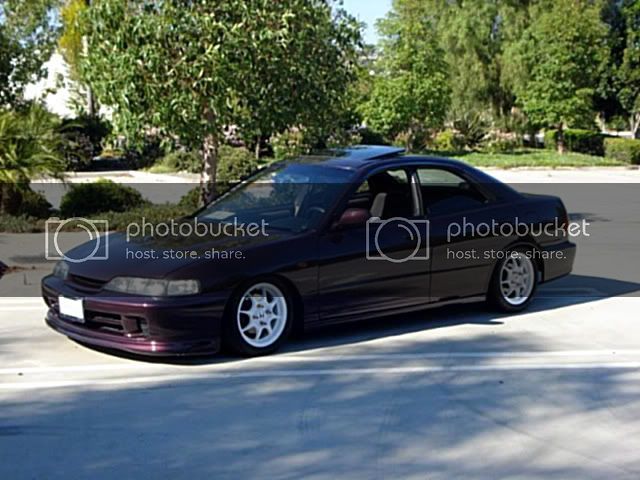 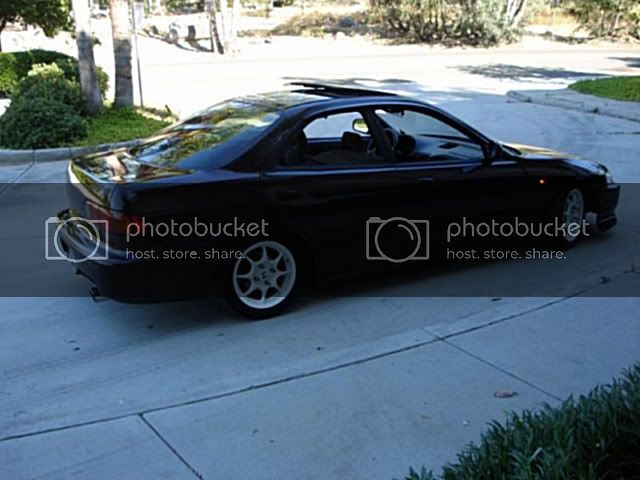 All of my projects have been rough bodies while I concentrated on motor/brakes/suspension which is not a bad thing by any means but I have all that now, I want to get the body fixed and painted before I swap in my motor and everything

VIP
The jdm front looks sweet on the 4 door, friend of mine used to have one that looked very similar to the one you have pictured (for inspiration). Good luck with the project, it sounds like you have a good plan!
F

eg6sir said:
2dr exhaust is about 6-8 inches shorter than the 4dr
Click to expand...

The coupe?? I don't believe so, I could see a hatch being shorter

They're great looking compared to the bug eyes!

if your talking about your eg exhaust then yes it will fit on a 4 door teg.

Either way I'm a welder so I can fix it lol

VIP
Project car for sure. Looks like you got a lot of things sorted already

Back in the day....an ex bought a new 4-door GSR. I liked the looks for sure. Had a hard time getting in and out of it though. The doors are kinda small for big frame guys. But it looked nice dropped. I drove it hard lol.

We broke up and she put stock springs back on b/c the mud flaps rubbed on speed bumps. What a joke lol.

Good luck on the build

CAFROG said:
We broke up and she put stock springs back on b/c the mud flaps rubbed on speed bumps. What a joke lol.
Click to expand...

That's hilarious. Taking the splash guards off is about 10 times easier and faster than swapping the springs out. Double LOL if she paid someone to do it...

Ehhh my coupe is only lowered about 1.5" and I haven't heard a scrape yet, I like that.

Unfortunately no modifications made their way to the GSR

Not sure which style I'm moving toward with the car, ITR wing w/window visors and crap or straight clean body... also considering shaving the side moulding. Definitely going badgeless 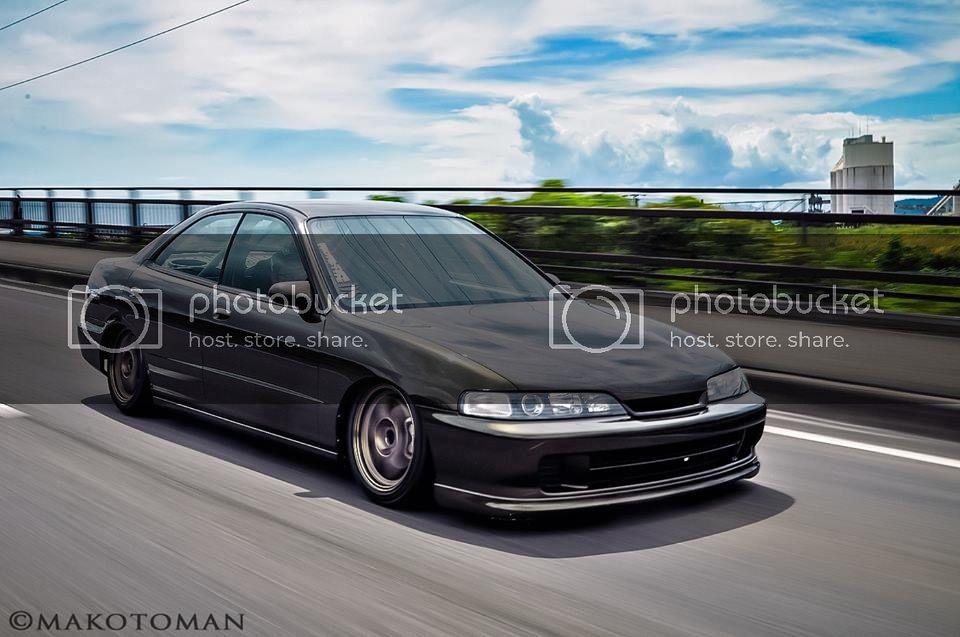 Oh yeah I dislike those wheels, I'll be running my 15x7 Kosei K1s not sure on the offset but they come out flush to the wheel wells

And not going for a 5 lug swap lol I'm stoked to refinish the koseis, I have the stickers waiting
You must log in or register to reply here.

Jan 6, 2022
ClappedOutEk
C
T
Is nice to see how many creators around google 😁