Admin
VIP
My home machine is an old, like 2010, off the shelf from staples machine. my rig crapped out on me mid-work day so i ran out and bought this to get back to work that day as a temp-gap. acer aspire i think. 650gb hdd, 4gb ram, athalon x2 2.7ghz. I recently put win 10 on it and it's actually been working better than when it had win 7 on it. . It works fine for what I use it for, with the exception of the hard drive. It's just always pegged out even with just chrome open in a tab or two. see attached. And as a result, swapping between tabs or apps is just dreadfully slow.

The disk is pretty full, but i moved a ton of stuff off in the past and it didn't help any so i brought it back on (from a thumb drive). It's been like this for years... I just do't use it enough to really let it bother me but now that i'm home, i'm on it a lot more.

I REALLY don't want to swap the drive because I have software on here that I can't replace / don't have the disk for any more and the vendor's don't offer it as it's obsolete. I'm not ready to upgrade to a new system, although the cost/benefit of upgrading this old thing is probably not very good.

It's been a while since i've down hardware stuff and i'm really out of date.

Would adding ram help alleviate the swap file, and thus disk i/o? I don't seem to ever go over 89% memory usage though...
is there a way to migrate to a new harddrive without losing apps? 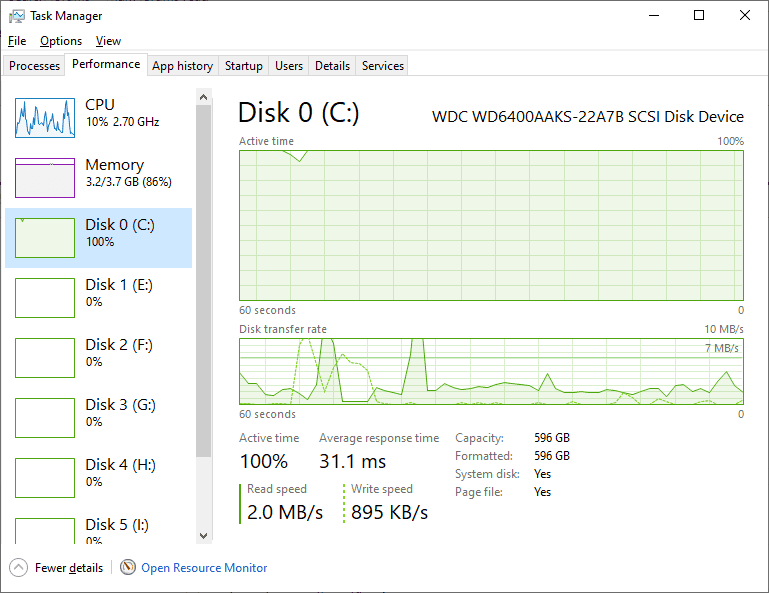 In this image, i have chrome with 4 tabs open. nothing else and the machine has been on for weeks so it's not doing onloading background stuff.
Last edited: Apr 3, 2020

VIP
have you cosidered grabbing a drive sled and just cloning to a bigger and/or faster drive? i bet that badboy is 5400 rpm. acer travelmate series got the faster drives. 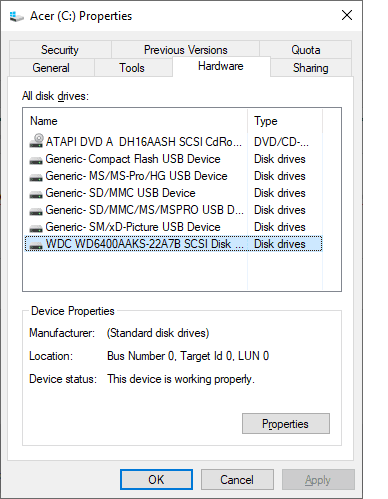 what is a sled? external case?

VIP
ahh you have a desktop -

just need a 1tb ssd drive (maybe a sata cable?) and use an app called easeus todo backup FREE version to clone your spinny drive to the larger SSD.

then you'll need to use an app called easeus partition master to rezise it to 1tb.

Admin
VIP
what i struggle with is that a 1tb ssd is 50% the cost of a whole new machine with a 1tb ssd and double the ram :/

Moderator
VIP
I dunno if you did the upgrade or fresh install, but I'd check and see if maybe your disk defrag job got left over from win 7.

I do, think you're more likely using the swap file heavily, like you seem to have already thought. You could just disable it for a minute and see if chrome crashes/you get a blue screen. If that happens with the swap file disabled, then yeah, adding more ram would probably be the answer.

Admin
VIP
I did the upgrade. but it was doing this with win7 just the same as well.

VIP
i guess it all comes down to how important is the crap on there to you, and working on a functional machine

upping the ram won't hurt a bit either!! or if you have a spare drive around plug it in and move the swap file there.

Moderator
VIP
The reason i mentioned win7 is because it still had the defrag scheduled task, so if you did the upgrade it wouldnt have disabled/deleted it.

Could also be search indexer
You must log in or register to reply here.

Resurrection of an old laptop