Just picked up a first gen B16a with a YS1 tranny. I'm new to the honda game (and relatively new to working on cars lol) and need help with a list of what I need to do to swap into a 1995 del sol (bone stock manual) with a d15 in it currently. As of right now I know I need:
Motor mounts/brackets
an ecu
wiring harness?
some sort of obd0 to obd1 conversion (most confused about this
cable to hydro conversion setup

everything else I should have but feel free to question me lol. I am severely confused on what i need to do in the wiring/obd category so as much detailed info I could get on that would be much appreciated

I know I could've got a b16a3 that wouldve dropped right in but this setup was very cheap and easily obtainable for me to get ahold of, and i'm not afraid to go the extra mile to make this setup work. I wanted to do this to learn just as much as I wanted to do it for fun.

Admin
VIP
The obd0 engines are cheap for a reason. It's going to cost you a bit to get it to work and you might end up pretty even at the obd1 price point.

you'll need to convert to obd1 on the injectors, alt, dist

use your car's wire harness and swap plugs where needed.

there's a bunch of ys1's, so it your's is cable, you'll need to either throw it out and get a hydraulic trans or do a cable to hydro conversion.

you'll need a del sol vtec shift linkage. these are rare/impossible to find these days. no other model works. Hasport made a replica at one point, but last i saw they were out of stock.

First Gen B16A into 5th Gen Civic Overview In this article I will explain how it's possible to put a First Gen B16A into your 92-95 Civic. First, it's important to remember that this setup will be OBD1. The only difference with this swap is using the first Generation B16A long-block, which can... 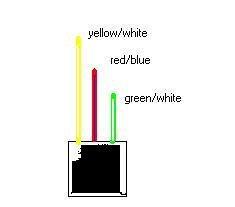 OBD1 B-series Wiring Guide Wiring an OBD1 VTEC B-series into a 92-95 Civic The most common cars for swaps are the EG-chassis line of Civics. Since there were way more base models produced than EX/Si models, chances are that your car is not already wired for a VTEC swap. Here's a quick chart of...

hondaswap.com
You must log in or register to reply here.