That boy looks pretty pissed. He prolly knows that his chances of not getting the shit beat out of him at school are now 0%.

"The great British faggot is full of flavour and a great belly warmer at this time of year."
Click to expand...


That boy looks pretty pissed. He prolly knows that his chances of not getting the shit beat out of him at school are now 0%.

His chances weren't too great anyway; his last name is already Doody.

And I know that in Ireland (could be the UK as well) Fag is a term for Cigarette.

After a little searching (I wondered too) I've come to the conclusion it's a type of meatball.
P

Staff member
its a cig.
S

ahhhh, ok. i thought they were talking about cigarettes, but then i was like you dont, atleast i dont, eat cigarettes.

I can imagine some swedes right now:

Faggots are meatballs. And Cigarettes. And rectal renegades. in some cultures, it may mean something completely different too English is funny like that.

Brain's faggots are a food product available in Britain and Ireland, which are made up of liver and onions rolled into meatballs and served in a sauce. These commercially available faggots differ significantly from the traditional recipe.
Click to expand...

why don't they just call them FUCKING MEATBALLS THEN?!?!?! 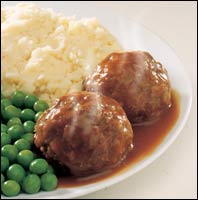 because they're faggots, duh

Faggots for dinner and Spotted Dick for desert?

A faggot in most other countries isn't considered a homo. I know in costa rica, the english people (british) used the term normally, some of the english speaking islands also don't use faggot as a derogitory(sp?) word.

There are a lot of other english words the US doesn't use. "Carn't" is a commonly used word in England that isn't used here. I'm almost positive it means the same thing as "can't".